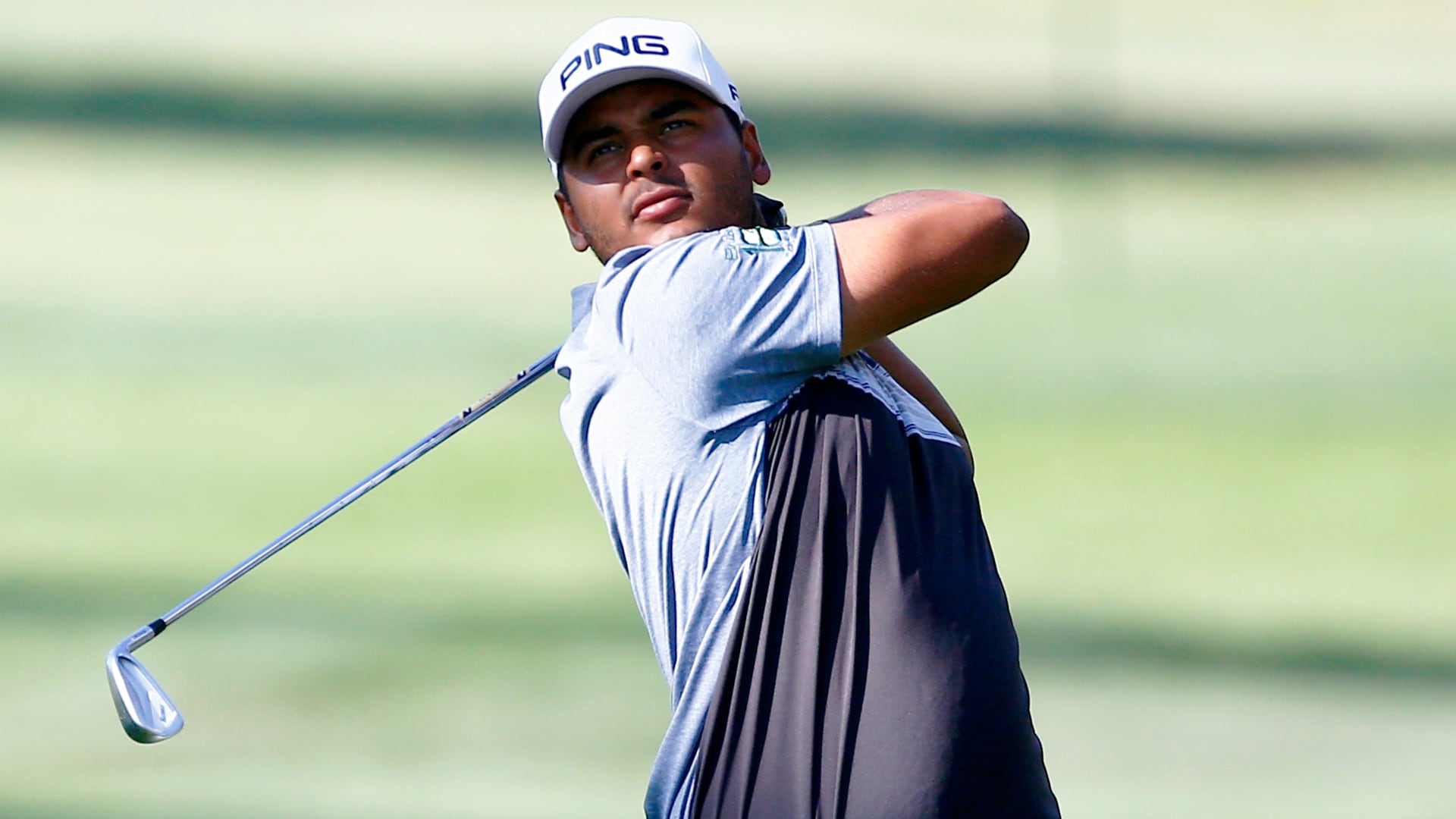 The Colombia native has started the new wraparound season in nearly ideal fashion, chasing a T-7 finish at The Greenbrier with his first career win in a playoff last week at the Sanderson Farms Championship. He’s one of only two players to start the year with a pair of top-10 finishes, and he’s in position for more success after playing his way into Sunday’s final pairing at the Safeway Open.

Munoz started the day six shots off the lead, but a 5-under 67 combined with difficult and windy conditions helped move him all the way into a three-way tie for second at 11 under, three shots behind leader Cameron Champ.

“I went to college in Texas, so I mean, I learned how to play in the wind. So I feel comfortable,” Munoz said. “I know how to hit the shots, it’s just a matter of executing.”

Munoz had only four career top-10 finishes entering this season, and he barely hung onto his card last season. But he’s quickly transformed into a coast-to-coast success story, one he hopes to build on Sunday as he looks to become the first Tour player to win in back-to-back weeks since Bryson DeChambeau took the first two playoff events last year.

“I feel great moving up from my category (with the win). I mean, that was a huge relief for me not having to think about the reshuffle,” Munoz said. “I can play a little more aggressive, a little more free, not worrying about, like, I need these points. … I’m just playing a little more fun, a little more loose and having fun.”