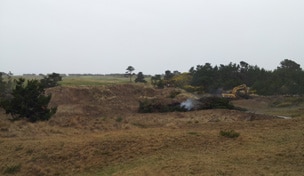 On Wednesday’s 'Morning Drive', I only had a few seconds to share the news of Bandon Dunes’ latest addition: wedged between the completion of Bandon Preserve and beginning of Bandon Muni will be a putting course. Punchbowl is the name, for now.

The popular resort on the Southwest Coast of Oregon continues to get bigger and better. Pinehurst recently opened Thistle Dhu. The Old Course at St. Andrews has the Himalayas. Now Mike Keiser, Bandon’s owner, is building a putting course of his own.

Keiser told me that he was considering his “usual suspects” as the architects, which are Tom Doak, Jim Urbina, Bill Coore & Ben Crenshaw and Gil Hanse. Coore & Crenshaw are building Keiser’s Cabot Cliffs in Nova Scotia. Hanse is waiting on the green light on the Olympic Course in Rio and is on deck to build Keiser’s Bandon Muni, which might start by the end of the summer. Keiser chose Doak and Urbina for Punchbowl, the same team he commissioned to build Pacific Dunes (2001) and Old Macdonald (2010).

Doak and Urbina go back 20 years but haven’t worked together on a new project since Old Macdonald. With the shortage of new jobs and a down economy, Doak had to shrink his staff a few years ago. But according to Urbina, “there’s a comfort level here. Mike likes our synergy and doesn’t want to let that go.”

Doak (and Keiser) will oversee most of the design direction. Urbina will be the shaper. “I’ve never built anything like this,” says Urbina. “Nothing this big, in a setting like this and on this type of topography.”

Punchbowl will utilize 125,000- to 150,000-square feet of dunesland between the clubhouse at Pacific Dunes and the Pacific Ocean. The eighth green at Old Macdonald is 25,000 square feet and is currently the biggest single green on property. The Himalayas at the Old Course is roughly 140,000 square feet.

The land is being cleared now. Urbina says the goal is to have it seeded by May and the first putt might be as soon as the fall. Most of the crew who have been making the tweaks to Bandon Trails for Coore and Crenshaw will also be working on Punchbowl. Ken Nice, Bandon’s czar of agronomy, will oversee the turf seeding, etc.

Bandon management says Punchbowl might be 18, 22 or 36 holes. It might depend on the day. And they are considering adopting a green fee similar to the one they use at Shorty, the par 3 course near Bandon’s practice area. Shorty is free, but there’s a donation box near the first tee. All proceeds go to the Evans Scholarship Foundation, which awards college scholarships to caddies of modest means. 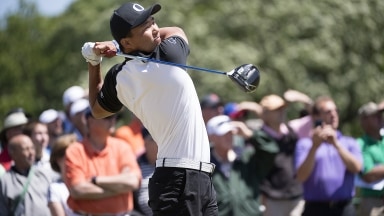 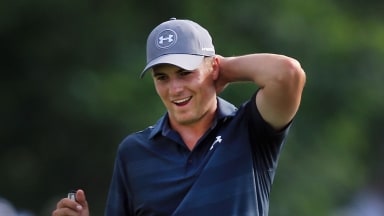