'She just does special things': Kim holes money putt, walks away with $1.5 million 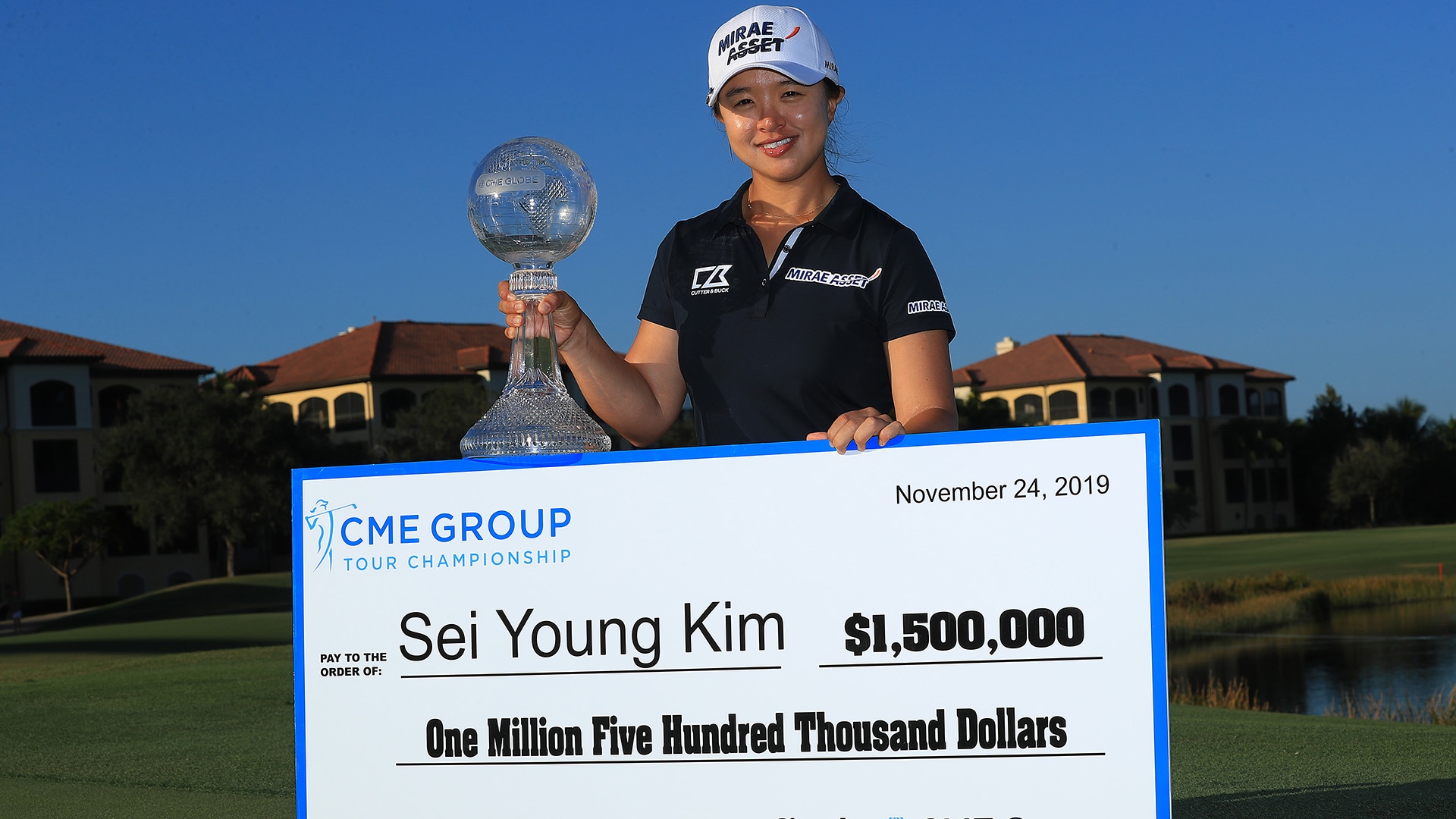 NAPLES, Fla. – Everyone knew what was at stake this week with the CME Group Tour Championship’s $1.5 million winner’s check, the richest in the history of the women’s game.

That’s the irony in how it all ended Sunday at Tiburon Golf Club.

The winner didn’t know the last 25-foot putt for birdie she buried at the final hole was for the big jackpot.

Sei Young Kim didn’t want to know, not as she lined up the putt, not as she was over it, but nobody had to tell her after the putt fell. She knew what that roar washing over her meant in any language. She knew she won the jackpot when fellow South Koreans Jin Young Ko and Amy Yang came racing out to shower her in the festive aftermath on the 18th green.

“I knew she had to make it,” said Paul Fusco, her caddie. “But I was never going to tell her. It would have created too much pressure. I wanted her to relax. It was her best chance to make it.”

Kim’s putt was as clutch as it gets, with all that money at stake, with all the nerves in play and with the speed of that twisting, left-to-right read.

“To win 1.5 [million] by making that putt is quite amazing,” said Nelly Korda, who tied for third playing alongside Kim over five tense hours, with Charley Hull and Danielle Kang also in the mix late. “It was an amazing cap-off to the season.”

“We believe in equality,” Duffy said Sunday. “We think it’s the right thing to do.”

Duffy was as much a star as Kim in the aftermath. That $1.5 million first-place check was larger than the winner’s check in 32 of the PGA Tour’s 46 events in the 2018-19 wraparound season. That’s staggering given the giant overall difference in money in the men’s and women’s games. The PGA Tour featured more than $410 million in total prize and bonus money last season. The LPGA featured $71 million this season.

“I’m very thankful,” Kim said of Duffy and CME’s efforts. “I think women’s golf is on a good track.”

Kim did Duffy a big favor. She made sure every minute of Sunday’s telecast mattered, making it compelling to the end. Her final putt kept eyeballs on the action until the last scene, with that closing birdie giving her a one-shot victory over Charley Hull.

Kang finished two back but ratcheted up the action with a brilliant charge, closing a seven-shot deficit at day’s start to a single stroke on the back nine, with a 7-under-par 65 that included an eagle at the 17th and a birdie try at the last that stopped a half revolution short of the hole.

How massive was Kim’s financial windfall? Fusco is planning to buy a house he has been eyeing in Ponte Vedra Beach, Florida. Caddies typically take home 10 percent of a winning check. That’s $150,000 this week.

“I do think she gets overlooked, but it’s almost a blessing,” Fusco said. “You don’t have to deal with [all the attention]. It’s one less headache. That creates stress.”

Kim said she doesn’t mind flying under the radar, but . . .

“It really motivates me to work harder,” she said.

Fusco believes Kim is poised for something even bigger in her career. She may be the best player in the women’s game without a major championship. Fusco believes she will win every major at least once.

“I think she’s just getting started,” Fusco said. “You’re going to have seven-win seasons. She’s going to have those blow-away seasons.”

Kim has proven she has a game for any type of setup. She won the LPGA’s Mediheal Championship at Lake Merced Golf Club outside San Francisco in May on a course set up like a major. She won in single digits (7 under), showing how she can win whether par is a good score or birdies are required in bunches. She smashed the LPGA’s 72-hole scoring record winning the Thornberry Classic last year. Her 31-under total there was four shots better than the previous tour record, which Kim shared with Hall of Famer Annika Sorenstam.

While Kim didn’t set a record winning the Lotte Championship four years ago, she closed in one of the more spectacular endings in tour history, beating her idol, Inbee Park, in a playoff. Kim holed out from 154 yards for eagle to win. She forced the playoff in dramatic fashion at the 72nd hole. That’s where she hit her drive in the water, took a penalty drop and then nearly hit her approach shot in the water again. On a grassy bank at water’s edge, she chipped in for par to join Park in the playoff. She once won a Korean LPGA event after making a hole-in-one on the event’s 71st hole.

Fusco believes Sunday’s victory under all that pressure will help Kim win under major championship pressure.

“That’s the deal with majors: She tries a little too hard,” Fusco said. “But she’s learning how to deal with it. When she gets a little better, the majors will start peeling off.”

And with the precedent CME Group set this week, more dollars in the women’s game will start peeling off, too. 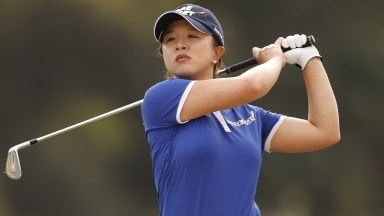