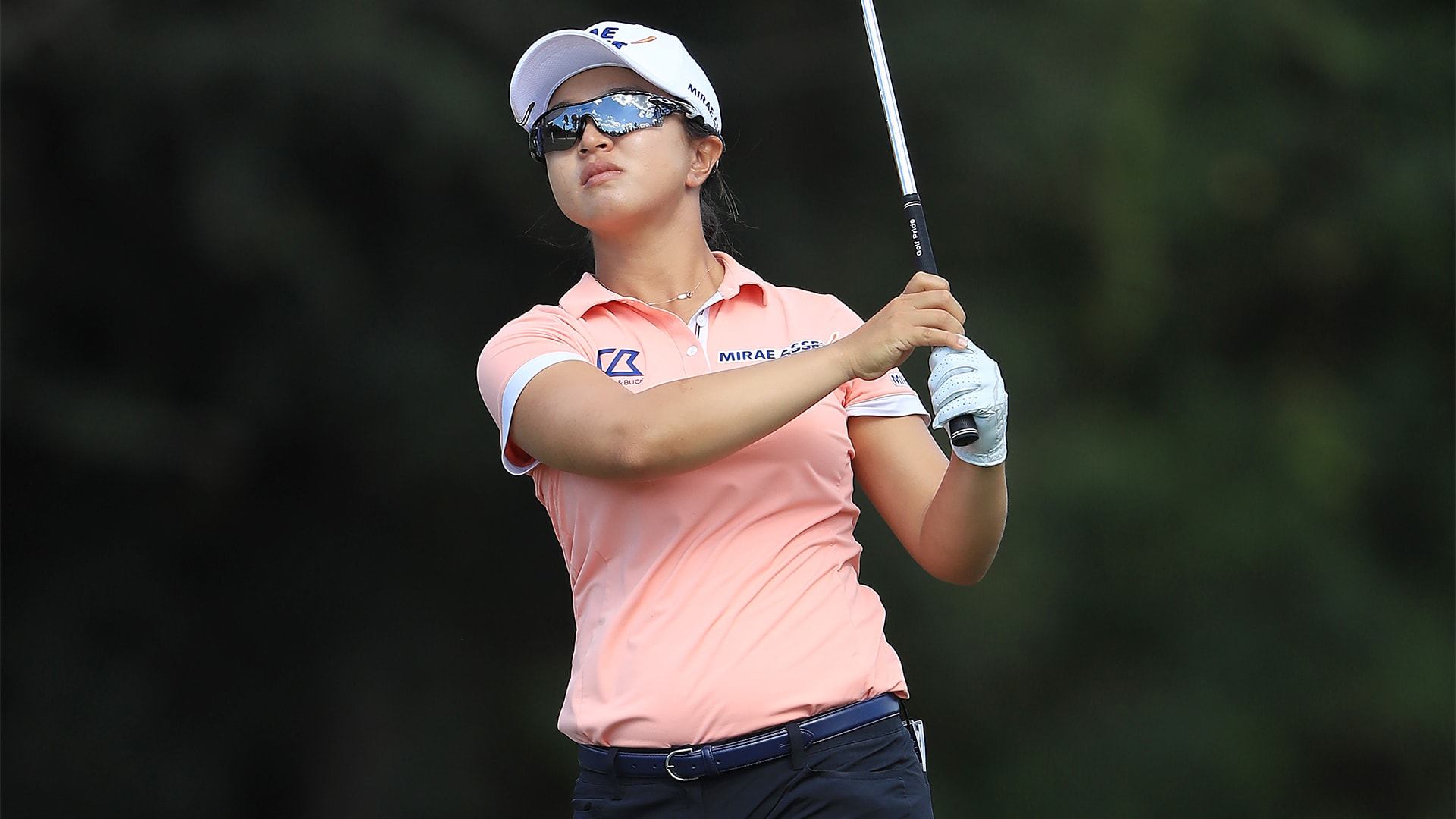 What it means: Kim maintained her lead Friday to move closer toward the $1.5 million winner’s check, the largest in women's professional golf history. She shot 5-under 67, capped by a birdie at the last, to enter Saturday leading by two shots over Masson. Henderson and Korda shot 67 and 68, respectively, to keep pace and their hopes to cash in big Sunday very much alive along with the likes of Lexi Thompson, Jessica Korda and Georgia Hall, all of whom are in the top 10.

Round of the day: Jodi Ewart Shadoff and Jing Yan each eagled the par-5 17th to complete six-birdie days and shoot 7-under 65.

Best of the rest: Masson birdied three of her final five holes to cap a bogey-free 66 and move into solo second. Ariya Jutanugarn responded to an opening 76 by firing 66, though at 2 under overall, the former CME champ has some work to do over the weekend. Ally McDonald, who carded eight birdies, also shot 66, as did Yu Liu, who netted seven birdies in her first 14 holes and climbed to 7 under overall.

Biggest storyline entering Saturday: Much was discussed of the new winner-take-all format, but so far it's working as an exciting weekend awaits. Through 36 holes, many of this season's standout players are in the mix, including Kim, who ranked seventh in the Race to the CME Globe before the week. In all, six of the top 10 in the CME Globe race are currently in the top 20 on the leaderboard. World No. 1 and CME No. 1 Jin Young Ko is just outside that group at 4 under, eight shots back.

Shot of the day: It wasn't the best of rounds for Mi Hyang Lee, who shot 72, but this bunker holeout at No. 17 was pretty sweet.