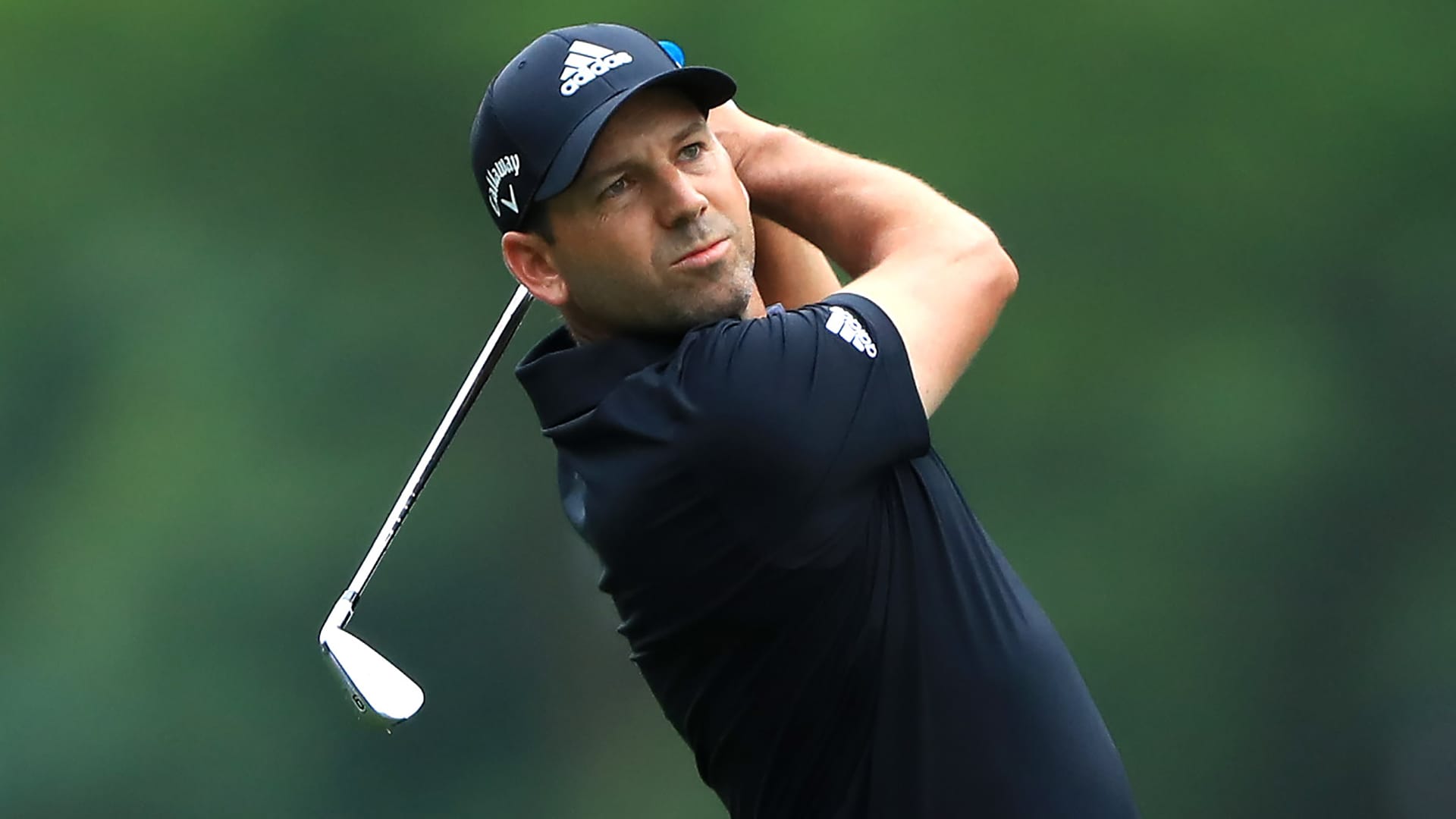 CHARLOTTE, N.C. – Sergio Garcia made his move on Day 3 at the Wells Fargo Championship, but whether his 6-under 65 was good enough to begin Sunday’s final round with a legitimate chance to win remains to be seen.

After struggling to an even-par total through two days, Garcia began the weekend 11 shots off the lead but quickly started to make up ground with birdies at Nos. 2, 3 and 4. He added two more before the turn for a front-nine 30.

After rebounding from a bogey at the 12th hole with a birdie at the 14th the Spaniard missed just his fourth green of the day at No. 18 but hit his bunker shot to 9 feet and converted the putt for a clutch par.

“To be realistic I would say probably three or four [shots back]. It also depends on how many guys are in front. If there's one guy, then you can kind of make it up. If there's three or four guys, it's tougher because it's very difficult for me to play really well again and then all of them not to play well,” said Garcia, who was tied for sixth place and five strokes off the lead when he completed his round.

Garcia hasn’t finished inside the top 10 at Quail Hollow since 2005 and his 1.371 strokes gained: putting on Saturday is more than a stroke better than his second average.

“Today was a lot of good drives, a lot of good iron shots and a lot of good putts,” he said. “Very happy with that and hopefully we have another one of those tomorrow and see what happens.”