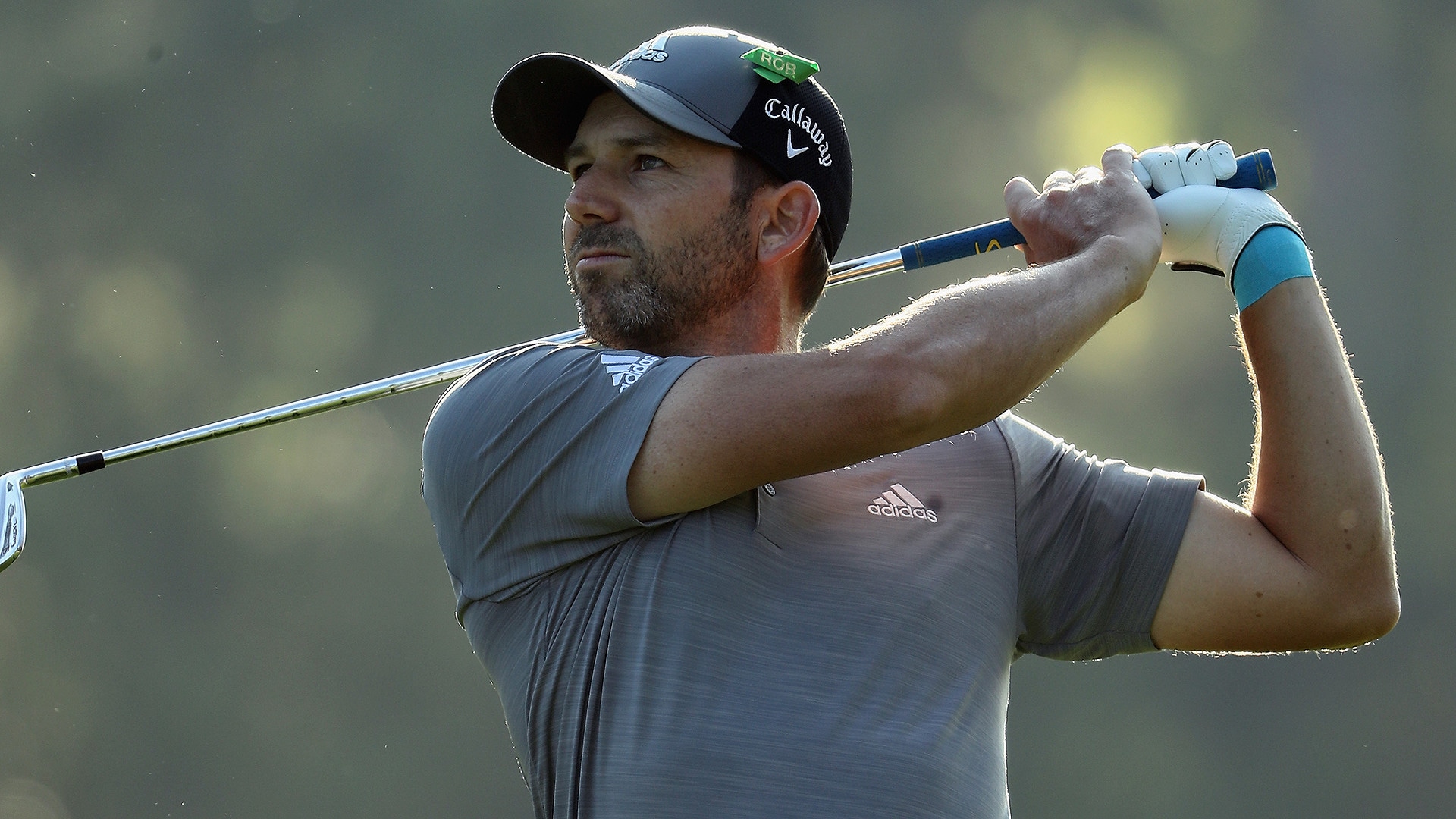 The PGA Tour returns to Texas this week for the Valero Texas Open, the third of five tournaments played this year in the Lone Star State. Here's a look at a few of the marquee groupings for the first two rounds at TPC San Antonio, where Sergio Garcia headlines the field on a course he helped re-design several years ago (all times ET):

Chappell returns to defend a PGA Tour title for the first time, having edged Brooks Koepka last year with a 72nd-hole birdie for his maiden win. He'll be joined for the first two rounds by Schauffele, the Tour's reigning Rookie of the Year who won twice in 2017, and Perez, who won the CIMB Classic in the fall and finished T-4 at Kapalua.

Scott won this event back in 2010, the first time it was held at TPC San Antonio. He has only played once since, finishing T-23 in 2011, but now the Aussie returns in search of his first top-10 finish since June. Joining him will be Walker, a local resident who outlasted Jordan Spieth to win in 2015, and Vegas, whose Texas ties include a residence in Houston and his college career in Austin.

Hoffman has dominated at this event for more than a decade, with 10 top-15 finishes from 2006-16 highlighted by his victory over Patrick Reed two years ago. Johnson's two victories in this event both came at nearby LaCantera (2008-09), while Kuchar is teeing it up for the seventh straight start in San Antonio, where he finished T-4 in 2014.

Garcia worked with Greg Norman to re-design the AT&T Oaks Course back in 2010, but that year also marks his only appearance in San Antonio since 2004. He returns this year as the lone player in the field ranked inside the top 20 in the world and will play the first two rounds with Horschel, who won last year in Dallas and finished T-5 last week, and Kim, the reigning Players champ whose balky putter cost him down the stretch of a playoff loss last week at Harbour Town.