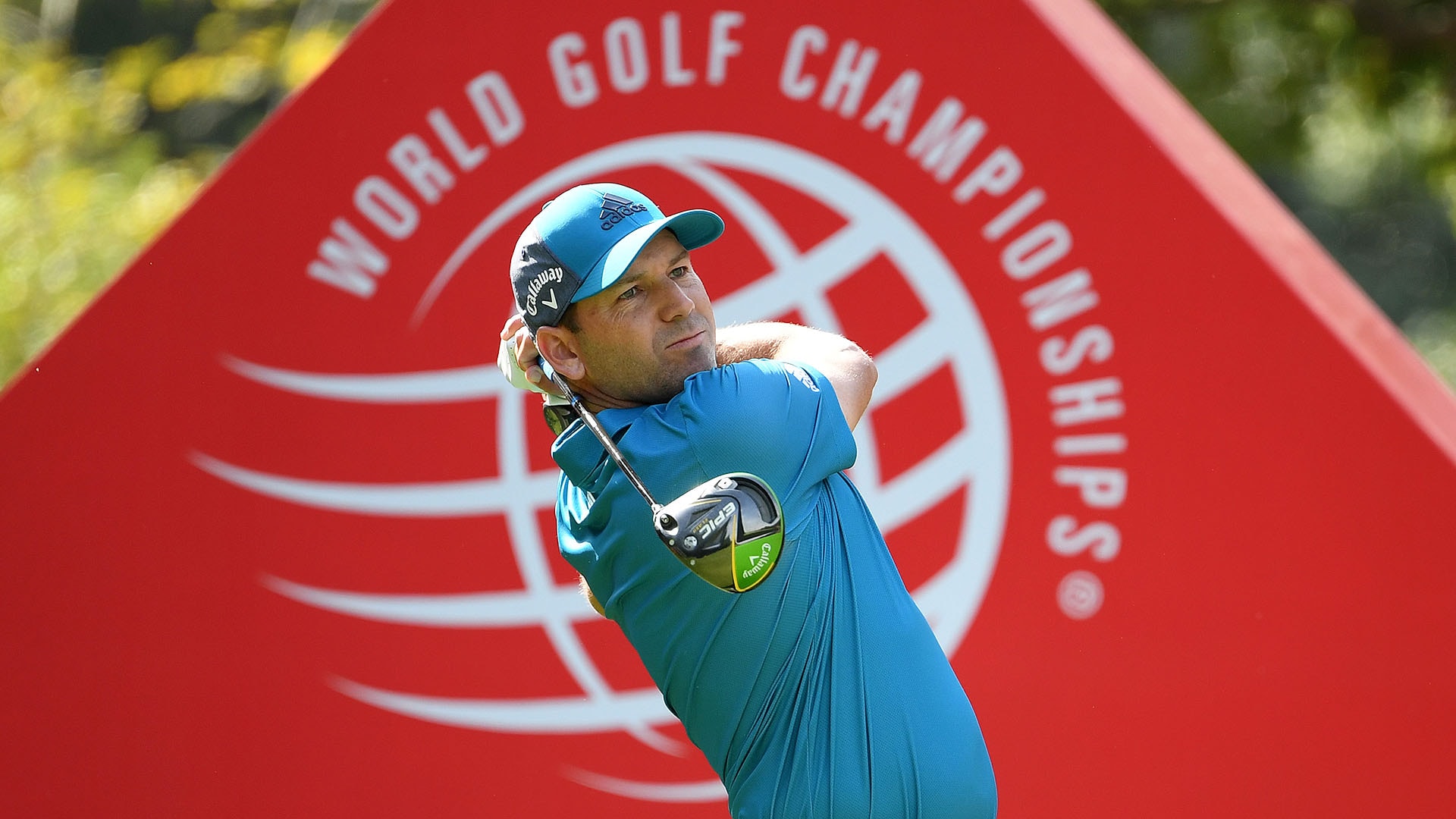 Sergio Garcia tied a dubious mark last week at the HSBC Champions. He joined Lee Westwood as the only players to have competed 60 times in the World Golf Championships without ever winning.

Both had good chances.

Garcia, who made his WGC debut as a 19-year-old, took a three-shot lead into the final round of the Bridgestone Invitational in 2014 when Rory McIlroy erased that in three holes and went on to a two-shot victory over the Spaniard.

Westwood finished runner-up to Mike Weir in the American Express Championship at Valderrama in 2000, though he made enough money that day to capture his first Order of Merit on the European Tour. He also was runner-up to Vijay Singh at Firestone in 2008, and in 2010 he lost a duel to Francesco Molinari in the HSBC Champions, Westwood's debut at No. 1 in the world.

Only two other players have made at least 50 starts in the WGCs without ever winning - Paul Casey (52) and Jim Furyk (51).

Casey was runner-up in the Match Play in consecutive years to Geoff Ogilvy in 2009 and Ian Poulter in 2010. Furyk had two close calls at Firestone, losing in a seven-hole playoff to Tiger Woods in 2001, and making double bogey from the 18th fairway to finish one shot behind Keegan Bradley in 2012.