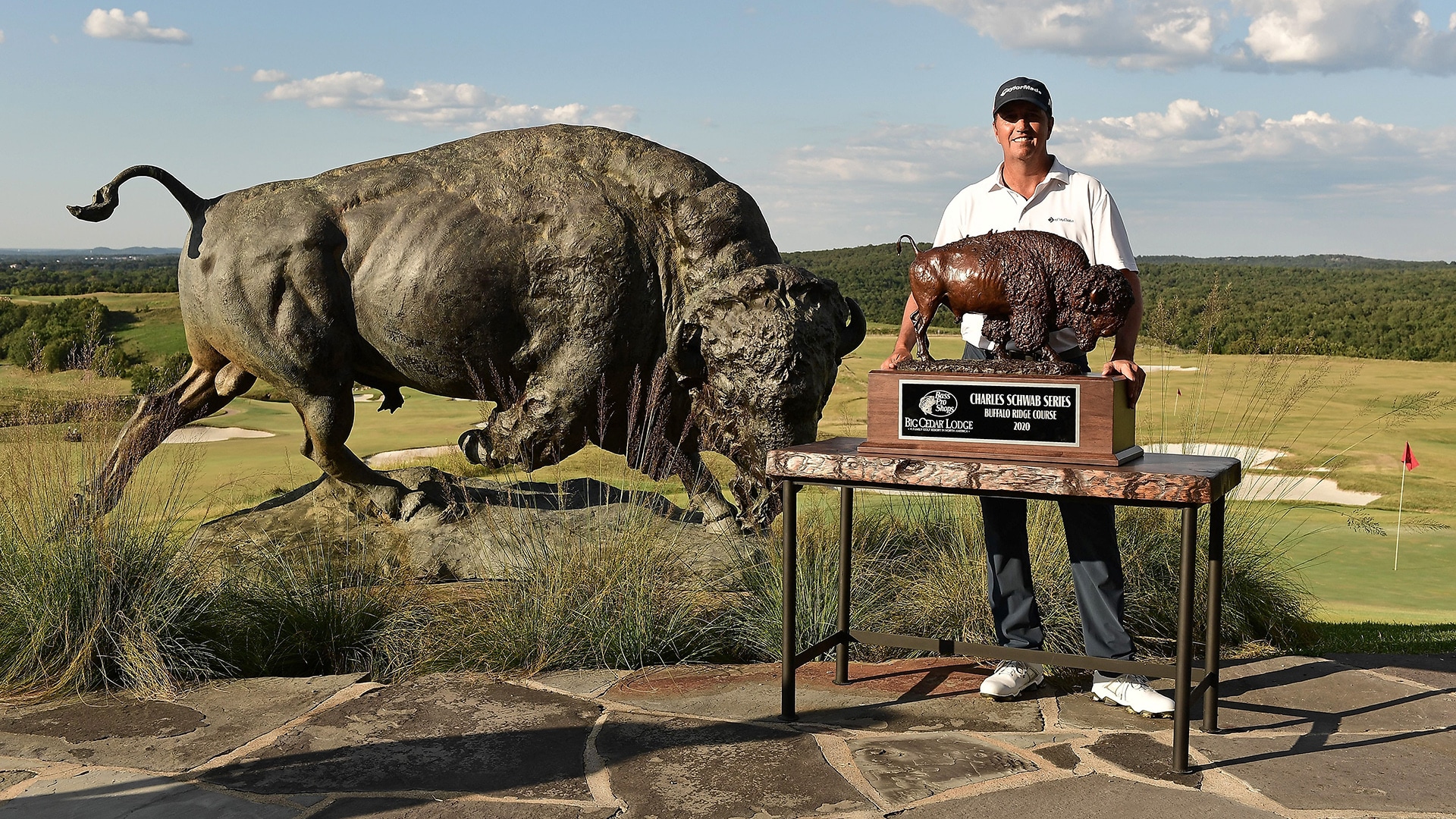 Bertsch hit an approach from the rough near the back edge of a bunker that took some big bounces in front of the green and rolled to 20 feet from the back pin on Buffalo Ridge's par-5 first hole.

"This is a special one," Bertsch said. "I've always had a hard time saying what my most special moment in golf is, but without a doubt it was that putt on the first playoff hole."

The downhill slider slowly made its way to the hole.

"It had probably 2 feet of break," Bertsch said. "It was pretty quick and it gets even quicker past the hole. ... It took its time getting over there and getting there."

Kenny Perry lost a one-stroke lead on the par-5 18th, making a bogey after driving left into deep rough under trees, to fall into the playoff with Bertsch, Bernhard Langer and Glen Day.

"I really had a good feeling because I just felt like everything had gone the wrong way today and something had to go right," Bertsch said of the playoff. "And it did."

Four strokes ahead of playing partners Perry and Langer after opening with two 64s, Bertsch closed with a 1-over 72 to match Perry (68), Langer (68) and Day (66) at 13 under. Bertsch, Perry and Langer played together, while Day was three groups ahead.

"I was pretty comfortable this morning really, but missed a little putt on the first hole for birdie and started thinking," Bertsch said. "Miss another little one on the third hole, you start thinking. It really is hard to win that way. I hit some goofy shots and some poor putts and I just kept hanging in there."

The 50-year-old Bertsch, a three-time winner on the Korn Ferry Tour, won the senior qualifying tournament last year to earn a tour card. He made his delayed senior debut three weeks ago with a tie for 45th in The Ally Challenge in Michigan.

"We've had a couple tough years," Bertsch said. "I haven't had much status the last few. I even took a job last summer and I've been doing some teaching in Denver and stuff. This is what I always have wanted to do, so I'm happy that I got the opportunity to keep playing for a while."

The 60-year-old Perry missed a chance for his 11th senior victory and first since the 3M Championship in August 2018.

Fred Sanders, Perry's caddie for 17 of his professional victories, is now working for Bertsch.

Langer, the 62-year-old German star, won in Arizona in March for his tour-record 41st victory.

The Charles Schwab Series at Ozarks National will start Monday, with Phil Mickelson set to make his senior debut after missing the cut Friday in The Northern Trust on PGA Tour. Shane Bertsch shot his second straight 7-under 64 on Thursday to take a four-stroke lead at the Charles Schwab Series at Bass Pro Shops Big Cedar Lodge. 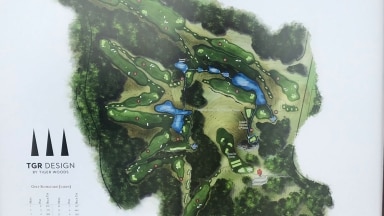 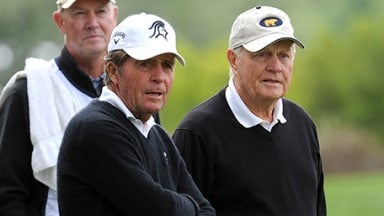