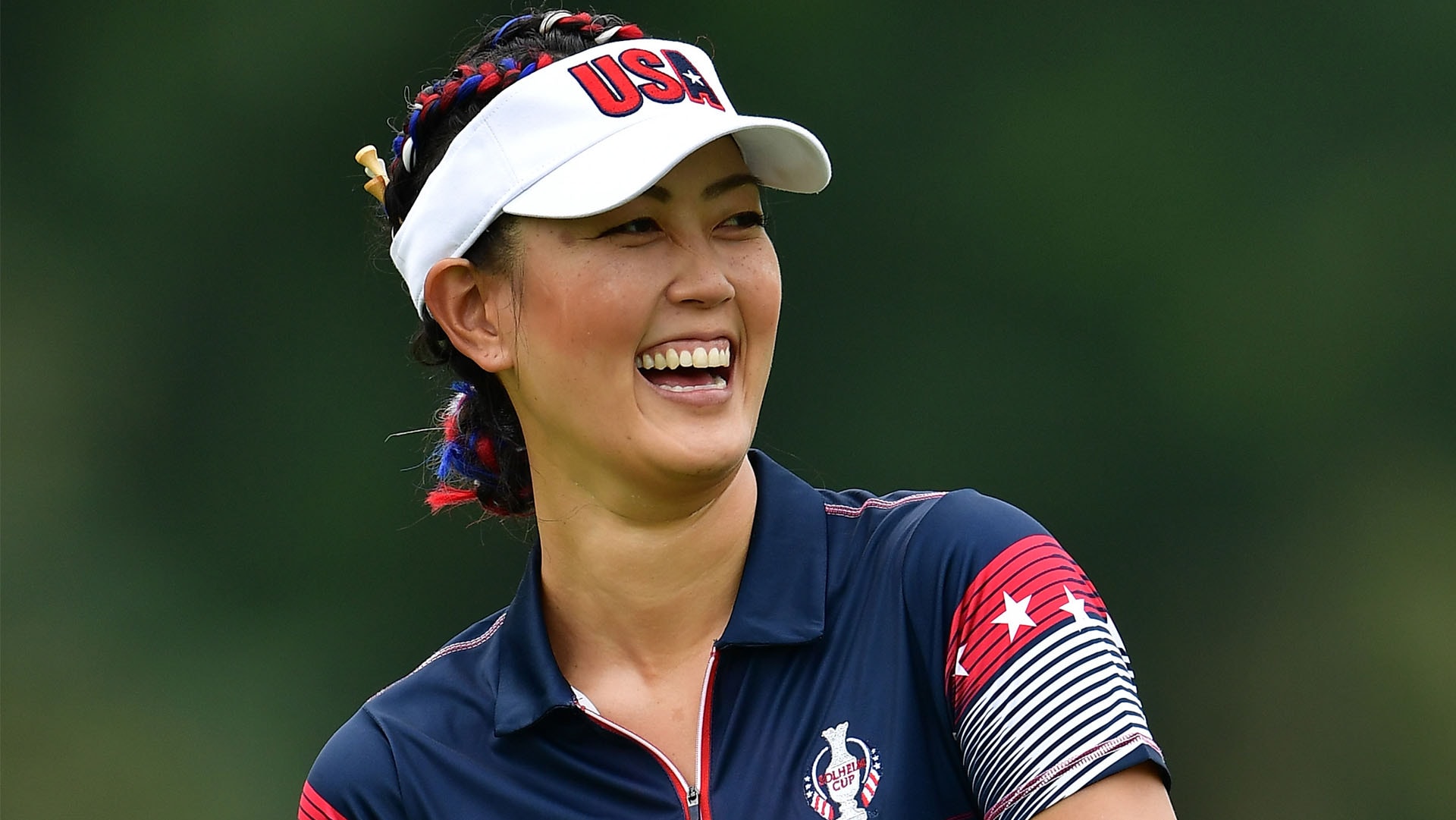 Michelle Wie West last struck a shot in competition more than a year ago, but she continues to be a headliner in the women’s game.

Since her last LPGA start, a tear-filled appearance at the KPMG Women’s PGA Championship in June of 2019, when Wie West’s worsening hand and wrist injuries made her future look so uncertain, she has married, dabbled part-time as a television analyst and become a mother.

“I know she's very patriotic, loves the red, white and blue just like I do, and her intensity is there,” Hurst said. “All the players love her. They respect her, and that's what I need.”

Once Hurst was named captain at year’s start, Wie West didn’t waste time texting to ask for a role.

“As soon as I heard the news, I immediately texted Pat,” she said.

Angela Stanford was previously named one of Hurst’s assistant captains.

So, is Wie West, 30, planning to ease into retirement as a player?

Her expanding responsibilities don’t preclude the possibility she will be a playing assistant captain when she heads to the matches at Inverness Club in Toledo, Ohio, next year. 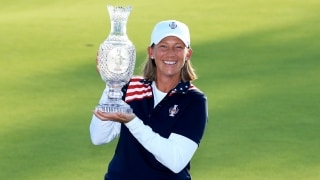 U.S. Solheim Cup captain Pat Hurst announced Thursday that she is adding Angela Stanford as an assistant captain for the 2021 matches outside Toledo.

“I've talked to Pat about that, and that's a bridge that we'll cross when we get there, if we even do get there,” Wie West said. “I'll leave the decision completely up to Pat. That’s so far down the road.”

All Wie West is really certain about amid the coronavirus pandemic is that she’s focused on her new family life, with her husband, Jonnie, and their month-old daughter, Makenna. They make their home in San Francisco, where Jonnie works as an executive with the Golden State Warriors.

“Makenna is definitely my No. 1 priority no matter what now,” Wie West said. “Playing is my second priority, and TV is kind of a fun thing I like to do on the side, and probably my third and last priority. But, definitely, my priorities have shifted.”

Wie West is already taking Makenna to the practice range, where she hits balls next to her daughter’s baby carriage.

“I hit like two balls and then I go check on what she’s doing,” Wie West said. “So, my mind is never fully on golf. It’s always, like, 70 percent her and 30 percent being out, and being able to hit balls.”

Even with Wie West’s parents in town for a visit now, Michelle and Jonnie couldn’t get away for a full 18 holes together without a break for Makenna.

“I had to pump after nine holes,” Wie West said.

If not for the pandemic, Wie West said she would be focused on a quicker return to the game. Her surgically repaired right hand, she said, feels good, though she says she will never be able to hit as many balls in practice as she once did. Still, she’s looking forward to the day she can take Makenna on tour with her.

There was motivation watching Tiger Woods win the Masters in front of his children last year, in seeing Suzann Pettersen clinch the Solheim Cup last fall, after coming back from the birth of her son, and in knowing Catriona Matthew won the Women’s British Open 11 weeks after giving birth to her second daughter.

“I’ve said this before in interviews,” Wie West said. “I just want that experience for her, of Makenna watching me play, and, hopefully, watching me come down the stretch and win a golf tournament. That would just mean everything to me, because I want her to grow up and be a strong woman . . .

“Being a good role model is really important to me.”

Before the pandemic hit, Wie West said she was aiming at a return to competition sometime this year, but that’s up in the air.

“It just would have to depend on if it's safe for Kenna to travel or not,” Wie West said. “It just really depends on the state of the world right now, because her health comes first, and even if I feel ready to play, but it's not really safe for her to travel, then, unfortunately, we have to stay home.”

Wie West has been diagnosed with arthritis in both of her wrists. How does she think they will hold up as she gets serious about a return?

“I'm always wary of answering that question when I actually do feel good, because I feel like something happens right afterwards,” she said. “So, knock on every single piece of furniture that's wood, I feel pretty good.

“The third trimester was definitely rough because everything was swelling, and it was really flaring up my hands, so it was getting me a little bit worried, but, literally, right after I had her, everything kind of felt normal again.”

There’s fuel for new dreams in those words. 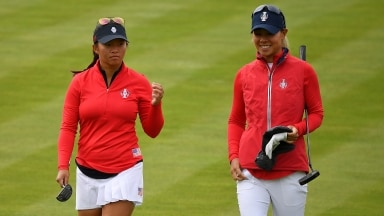 The U.S. Solheim Cup team is confident that Inverness Club will prove to be to their advantage in their bid to win back the cup in September. 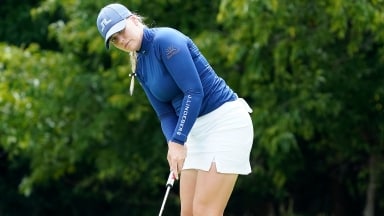 Matilda Castren will have four chances in seven weeks to become a Ladies European Tour member. 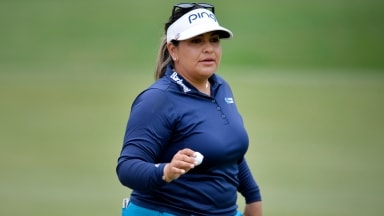