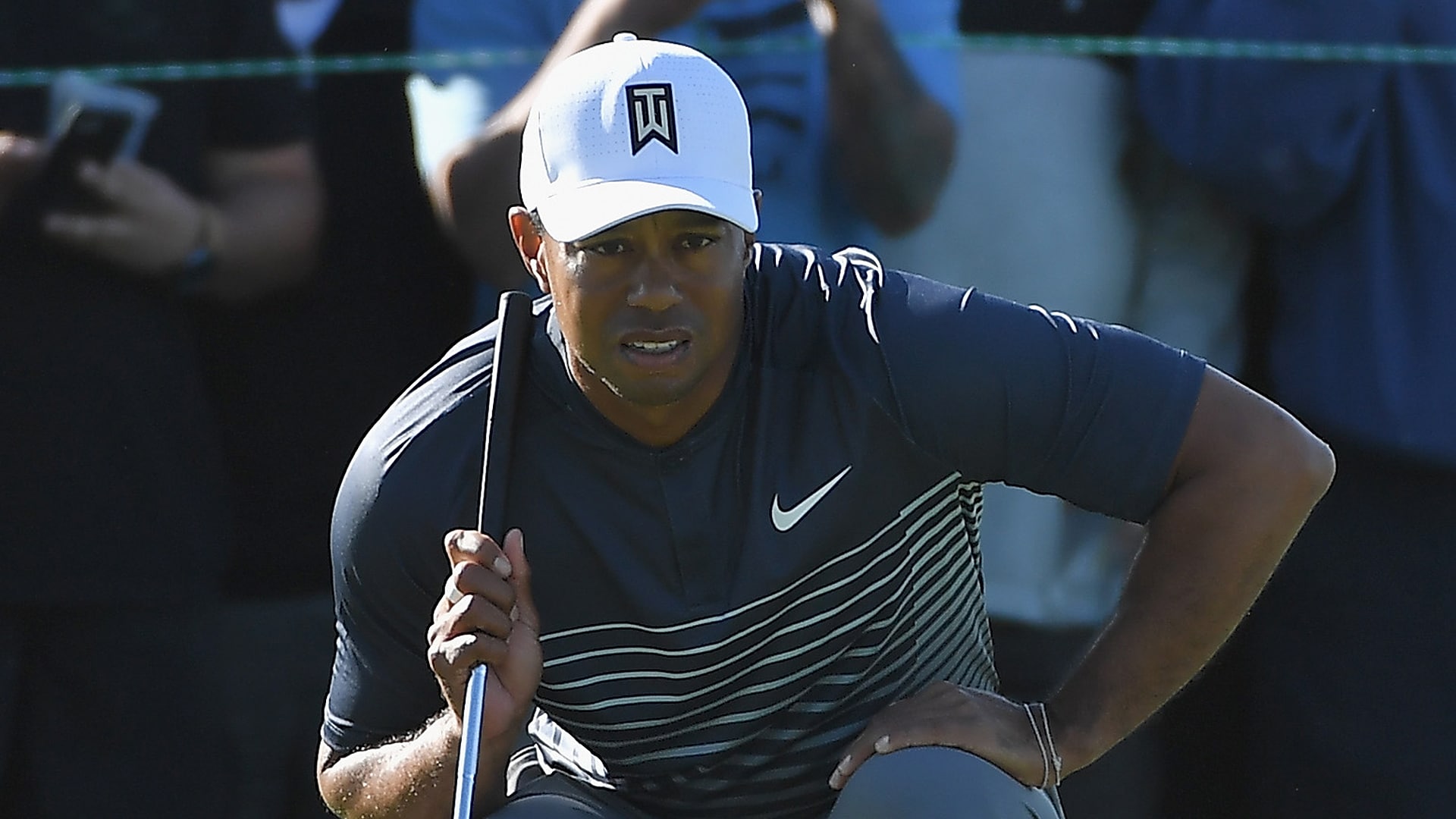 SAN DIEGO – The short-game issues that Tiger Woods showed in the Bahamas seemed like a distant memory Friday.

With his long game putting a lot of stress on his chipping and putting, Woods answered by getting up and down on six of his last seven opportunities, enabling him to shoot 1-under 71 and sit on the cut line at the Farmers Insurance Open.

At the Hero World Challenge, Woods (and several other players) struggled with a few pitch shots off the tight, grainy Bermuda grass. Some of those lowlights were reminiscent of his struggles in 2014-15, when he showed signs of the chipping yips.

Woods chalked up those mistakes to the uniqueness of Albany Golf Club, and he was actually more concerned heading into Torrey Pines, because he hadn’t chipped out of rye grass since this tournament last year. He spent extra time chipping and pitching during his early-week practice rounds.

Needing a flawless second nine to give himself a chance to make the cut, Woods played a series of delicate pitch shots. He got up-and-down with a nifty chip on the fifth hole, then played a high, soft flop after driving into trouble on the sixth. Then, on 7, from a downhill lie, he played a deft chip to 3 feet for another birdie.

His only miscue came on the par-3 eighth, where his chip didn’t check and scooted over the green, leading to a bogey.

“That hit concrete,” Woods said. “Charley (Hoffman) came over to me and said, ‘What the hell did that thing hit?’ It’s looked like it hit ice. It skidded.”

Woods capped his day by two-putting from 90 feet for a closing birdie.