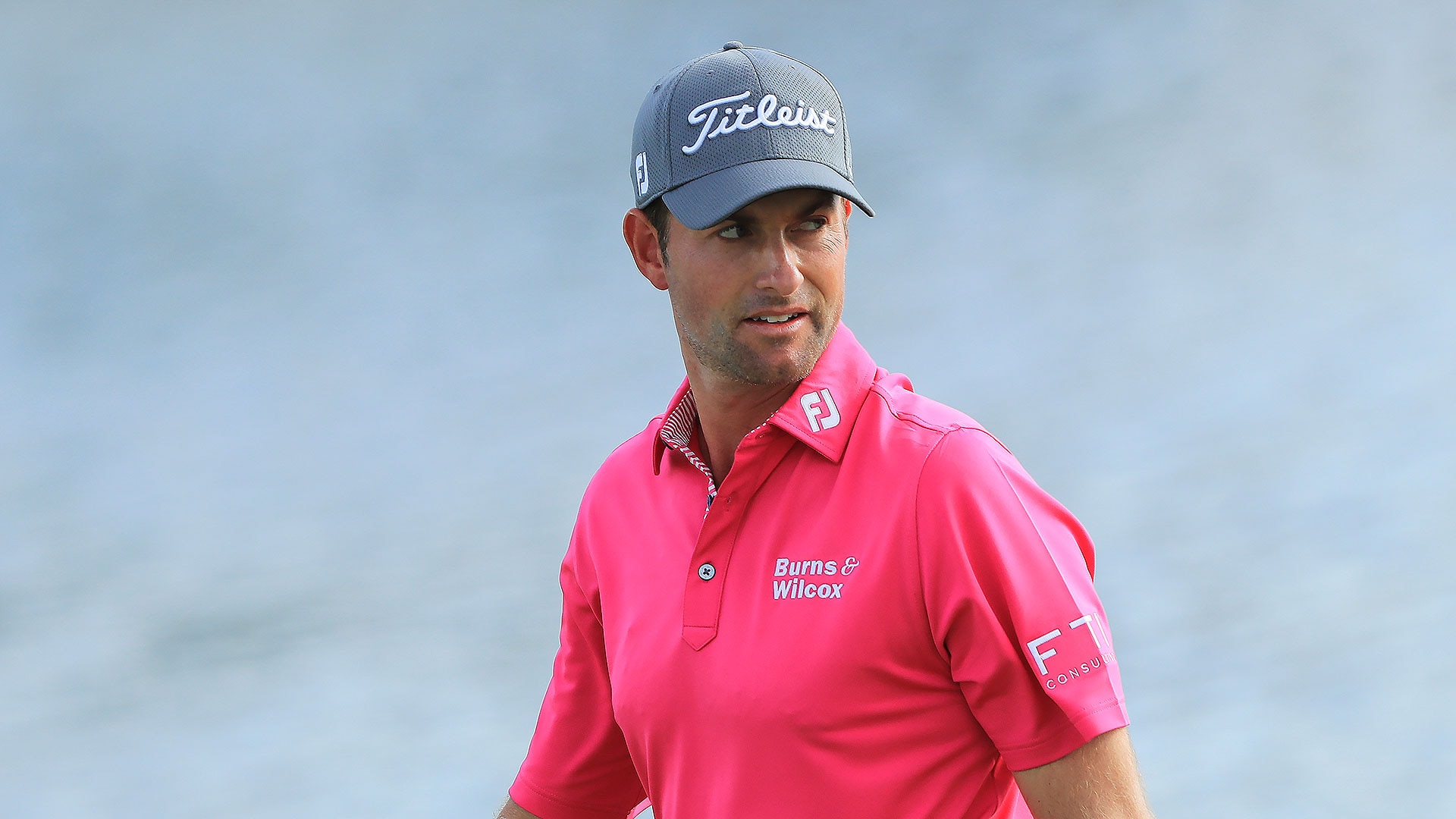 PALM BEACH GARDENS, Fla. - Tiger Woods had what he called ''easily'' his best round hitting the ball, and he didn't even break par at the Honda Classic.

Alex Noren and Webb Simpson shared the lead at 4-under 66 in steady wind on a penal PGA National golf course, and felt as though they had to work hard for it. Both dropped only one shot Thursday, which might have been as great an accomplishment as any of their birdies.

''When you stand on certain tee boxes or certain approach shots, you remember that, 'Man, this is one of the hardest courses we play all year, including majors,''' said Simpson, who is playing the Honda Classic for the first time in seven years.

Only 20 players broke par, and just as many were at 76 or worse.

Woods had only one big blunder - a double bogey on the par-5 third hole when he missed the green and missed a 3-foot putt - in an otherwise stress-free round. He had one other bogey against three birdies, and was rarely out of position. Even one of his two wild drives, when his ball landed behind two carts that were selling frozen lemonade and soft pretzels, he still had a good angle to the green.

''It was very positive today,'' Woods said. ''It was a tough day out there for all of us, and even par is a good score.''

Noren, who lost in a playoff at Torrey Pines last month, shot 31 on the front nine and finished with a 6-foot birdie on the ninth hole into a strong wind for his 66.

The Swede is a nine-time winner on the European Tour who is No. 16 in the world, though he has yet to make a connection among American golf fans - outside of Stillwater, Oklahoma, from his college days at Oklahoma State - from not having fared well at big events. Noren spends time in South Florida during the winter, so he's getting used to this variety of putting surfaces.

''I came over here to try to play some more American-style courses, get firmer greens, more rough, and to improve my driving and improve my long game,'' Noren said. ''So it's been great.''

PGA champion Justin Thomas, Daniel Berger and Morgan Hoffmann - who all live up the road in Jupiter - opened with a 67. There's not much of an advantage because hardly anyone plays PGA National the other 51 weeks of the year. It's a resort that gets plenty of traffic, and conditions aren't quite the same.

Louis Oosthuizen, the South African who now lives primarily in West Palm Beach, also came out to PGA National a few weeks ago to get a feel for the course. He was just like everyone else that day - carts on paths only. Not everyone can hole a bunker shot on the final hole at No. 9 for a 67. Mackenzie Hughes of Canada shot his 67 with a bogey from a bunker on No. 9.

Woods, in his third PGA Tour event since returning from a fourth back surgery, appears to be making progress.

It came on the easiest hole on the course. Woods drove into a fairway bunker on the par-5 third, laid up and put his third shot in a bunker. He barely got it out to the collar, used the edge of his sand wedge to putt it down toward the hole and missed the 3-foot par putt.

He answered with a birdie and made pars the rest of the way.

''I'm trying to get better, more efficient at what I'm doing,'' Woods said. ''And also I'm actually doing it under the gun, under the pressure of having to hit golf shots, and this golf course is not forgiving whatsoever. I was very happy with the way I hit it today.''

Woods played with Patton Kizzire, who already has won twice on the PGA Tour season this year. Kizzire had never met Woods until Thursday, and he yanked his opening tee shot into a palmetto bush. No one could find it, so he had to return to the tee to play his third shot. Kizzire covered the 505 yards in three shots, an outstanding bogey considering the two-shot penalty.

Later, he laughed about the moment.