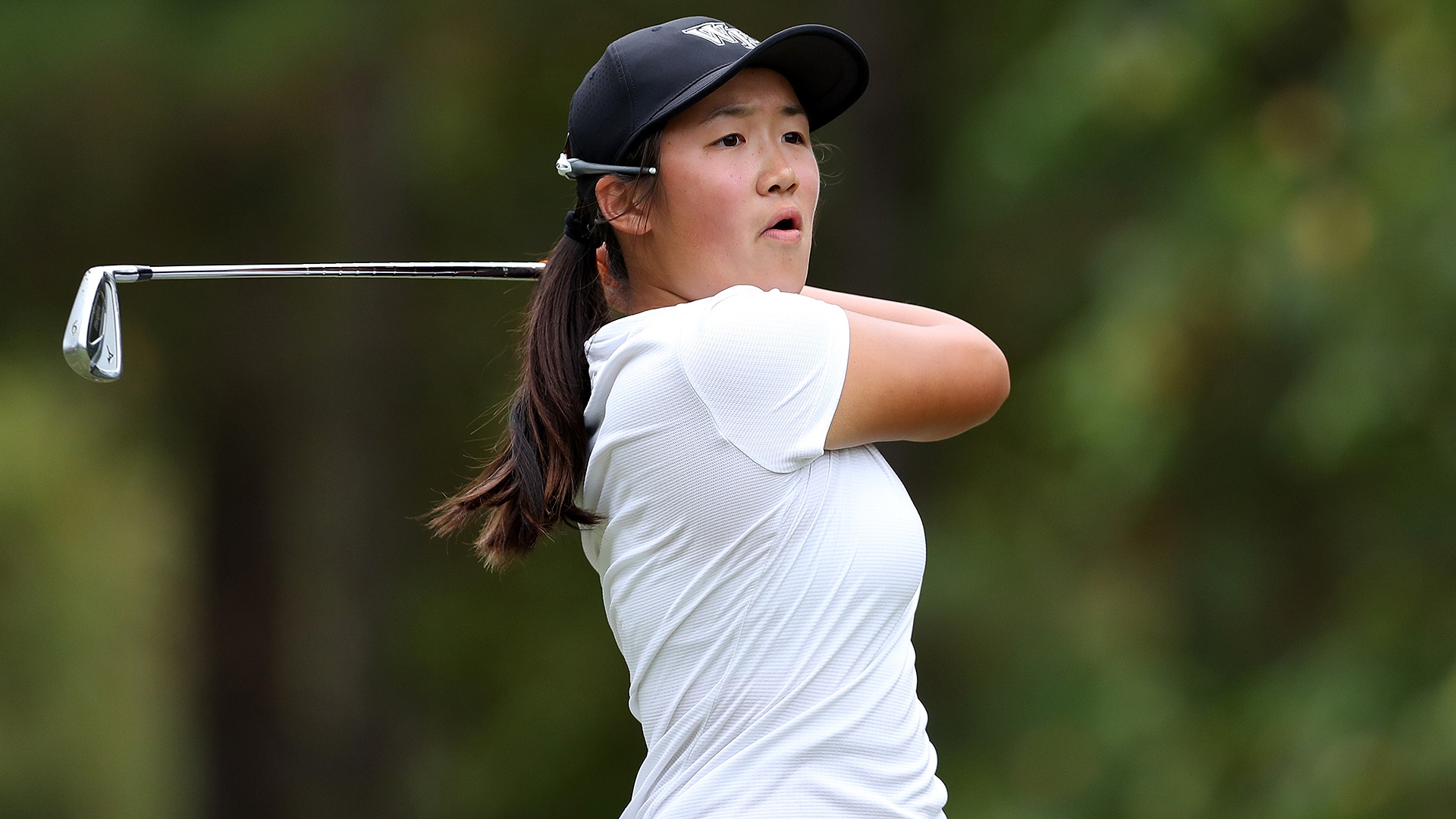 EVANS, Ga. – Siyun Liu spotted him from a hundred yards away. Zipping through the airport terminal, her dad was wearing a tournament polo she’d bought him – and, most obviously, he was waving. Embarrassingly. Like any parent eager to see their child.

“I saw him and I was just like, Oh my Gahhhhhd!” Liu said, blushing. “Typical parent stuff, right?”

Except this reunion was anything but ordinary.

Before this week’s Augusta National Women’s Amateur, Liu hadn’t seen her father, Weiqing, in nearly 15 months, since the world shut down because of COVID-19. Back in January 2020, father and daughter had teamed up to make a spirited run at PGA Tour China Q-School, where Liu, then a senior at Wake Forest, was vying to become the first female to qualify for a Tour-sanctioned circuit. (She later withdrew with injury.) When they said their goodbyes that week, they planned to see each other again in mid-February, at a college tournament in California. Little did they know China was about to lock down.

And so for the past year, Weiqing (nicknamed William) and his wife were practically confined to their home in Shanghai. Retired after working as a real-estate investor, William, 55, only left to retrieve the groceries left outside the front door, waiting a half-hour to pass in case the virus lingered on the bags.

Back in the States, meanwhile, Siyun (nicknamed Swing) saw her short-term plans upended. She had intended to finish out her final season as the leader of the top-ranked Demon Deacons and then try to navigate LPGA Q-School, but both options soon were eliminated.

“It was definitely a mental breakdown for a while,” she said, “because you try to prepare for so many different options, and then life threw that at me.”

The NCAA extended a lifeline to graduating seniors, offering another year of eligibility. (The ACC would later cancel the fall portion of the 2020-21 season.) With her pro plans scrapped, Liu signed up for a one-year master’s program studying business analytics. Instead of a summer filled with amateur tournaments and pro planning, she balanced early-morning workouts and range sessions with a hellish workload of 10 half-semester classes. That turned into a blessing: At least it kept her mind occupied.

After all, COVID isolation hits in different ways. Kids couldn’t play with their friends. Grandparents couldn’t visit their families. And an international college athlete like Liu – at 21, an adult but not yet independent – couldn’t return home to her parents because she feared being stuck there, away from her dreams, 7,500 miles away.

With the 12-hour time difference, they still video-chatted every day for at least 10 or 15 minutes. “Seeing them face-to-face on screen on FaceTime, the emotional connection is still there,” she said, “but the physical part is a little tough. The biggest thing is when I’m sick and no one is here to take care of me. That’s when it’s like, Ahhhh, this is so bad!”

Keeping a busy schedule and with prohibitive travel restrictions, Liu has gone through this entire super-season at Wake unsure when she’d next see her parents. The separation was particularly hard for William, who had introduced Swing to golf at age 2, viewing it as a built-in excuse for family time.

“I thought that when I’m getting older, she’d have the time to be with me,” he said. “If she comes for dinner, it’s maybe two hours and she’s going to leave. But if we can play golf, then we have four or five hours together.”

“That didn’t turn out how he planned it,” Swing said with a laugh. William doesn’t play much golf anymore, but four or five times a year he’ll log the 15-hour trip to watch Swing play a tournament. “That way he’s still around,” Swing said. “The whole spending-family-time part is still working.”

Ranked 56th in the world, Liu had qualified for the second annual Augusta National Women’s Amateur, but with the travel ban still in place, and the family’s exemption request stuck in legal limbo, she couldn’t count on her dad to caddie for her like they had planned in 2020. Wake coach Kim Lewellen had agreed to carry the bag ... until Augusta National stepped in, helping push through the travel waiver at the last minute. William was notified on March 18 that he’d been cleared to travel. He drove to the hospital to get tested and received the negative result about 24 hours before he was set to fly out.

“It was realllllly tight,” Swing said.

But he arrived last week in Greensboro, North Carolina, after previous stops in Seoul, South Korea, and Detroit. The marathon journey didn’t dampen his enthusiasm – thus his delirious reaction in the airport.

“According to my dad, I didn’t seem as excited as I felt,” Swing said. “But I’m SO excited. I couldn’t even fall asleep!”

Because of the quarantine rules, Swing dropped off her dad at a Best Western near campus, where he slept off the jetlag and worked out with exercise bands and bounced off the walls. Cleared after three days, he stayed the next few nights at Swing’s apartment, crashing on the couch or taking the master bedroom if his daughter’s studies kept her up too late. He passed the time cooking and cleaning the loft.

They’re not all together as a family, not yet at least, as Swing’s mom stayed back in China. William booked a return ticket for August, since returning home would require a strict 21-day quarantine in which each incoming passenger is tested for both the virus and antibodies upon arrival and then taken to a designated hotel, where they’re also responsible for picking up the three-week tab (roughly $1,500). “Yeah,” he said, shaking his head, “it’s not a U.S. quarantine.”

And so after more than a year apart, father and daughter will spend at least the next four months together. They have much to catch up on, so many significant moments to experience: NCAAs. U.S. Women’s Open qualifying. Q-School. And, of course, Swing’s first appearance here at the Augusta National Women’s Amateur, which begins Wednesday at Champions Retreat.

“This is such a special place,” William said, proudly wearing his caddie bib. “And it’s really special that Augusta can make this trip possible so that I can be with my daughter.”

The goals are pretty well-defined for the 82 competitors in the invitational field. They all want to make the top-30 cut in order to play in the third and final round Saturday at Augusta National. Liu could even follow in the footsteps of the inaugural champion, Jennifer Kupcho, her former Wake Forest teammate.

But that’s not what’s on her mind this week, with her father back by her side.

“I’ve never really even thought about winning the tournament,” Swing said, “because it’s about to become a dream come true. Without this tournament, I didn’t know when I was going to see my family again. I just want to enjoy the time that we can finally be together.” 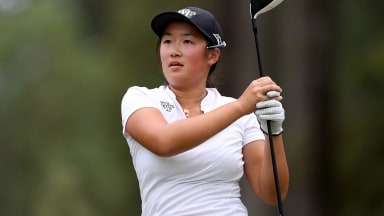 On track for history in China, Wake's Liu WDs