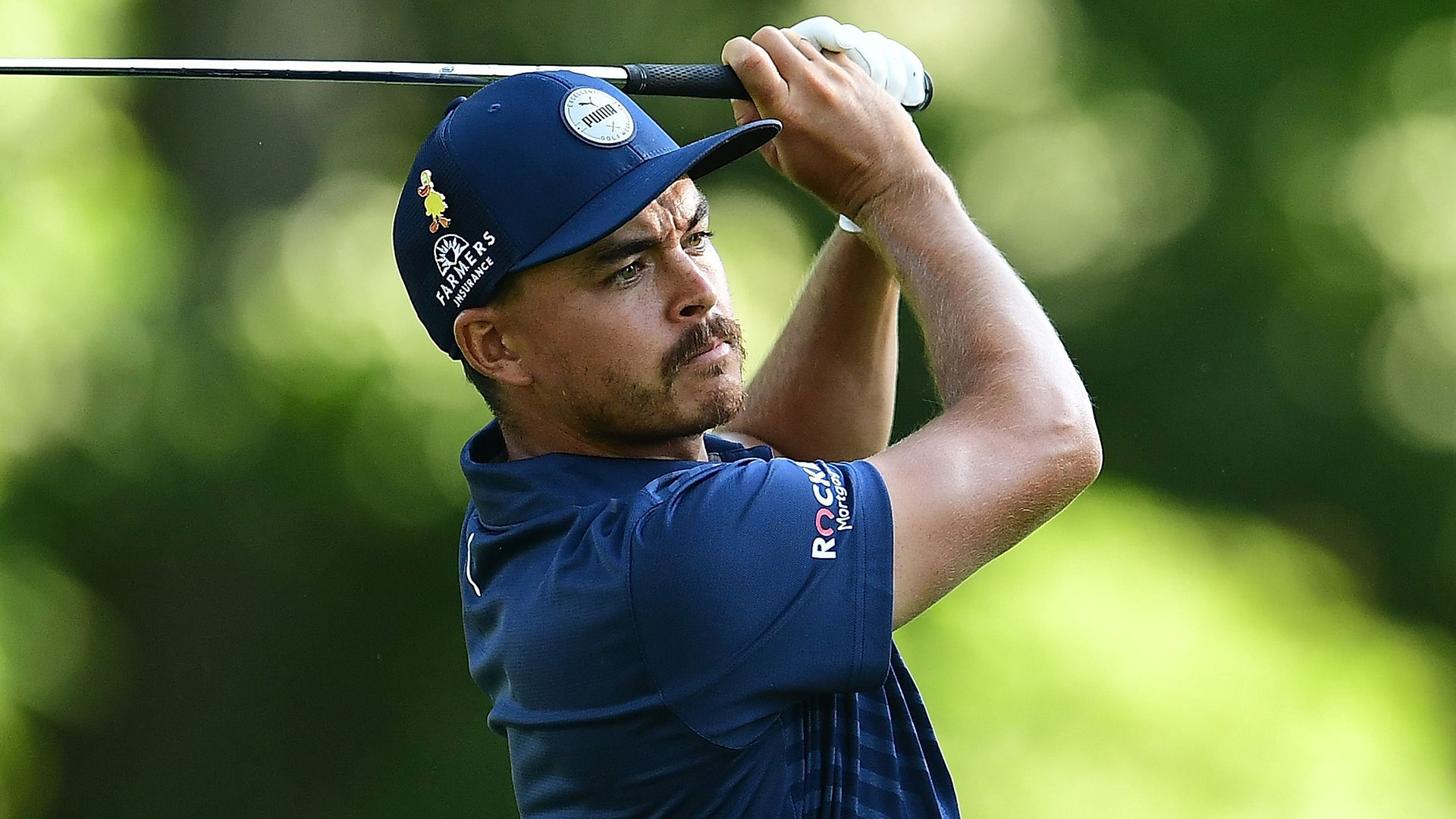 Rickie Fowler’s lost weekends are adding up this year, but he’s looking to remedy that after his fast start Thursday at the Rocket Mortgage Classic.

With too many missed cuts piling up, with the PGA Tour’s three-month shutdown amid the coronavirus pandemic, Fowler hasn’t been getting many opportunities to work on the swing changes his new coach is implementing, not when it matters most, on tournament weekends with a chance to win.

“It always sucks not being there on the weekend,” said Fowler, who missed back-to-back cuts upon the Tour's restart before taking last week off.

Really, that was just an extension of the slide that began before the shutdown. Fowler started the year with a T-5 finish at the Sentry Tournament of Champions and a T-10 at the American Express, but he wasn’t able to build on that. Overall, he has missed four of his last six cuts, going back to late January.

That’s what was so exciting about Thursday’s strong start.

The five-time PGA Tour winner got himself into early contention with a 5-under 67.

Fowler is in the mix despite a double bogey at the 18th, his ninth hole of the day.

“It would have been nice to get through without that, but I’m happy with it,” he said. “I just need to clean up the driving a little bit. The iron play was great.”

Fowler, 31, sought out swing coach John Tillery last fall, after leaving Butch Harmon and his son, Claude, with Butch cutting back his travel. The work with Tillery, though, didn’t begin in earnest until the beginning of this year.

The back-to-back missed cuts weren’t all about the swing, Fowler said.

“At first it was pretty different, because I was trying to change some of my sequencing,” Fowler said. “At the top of the swing, you want the legs to kind of drive everything, the torso, and then the arms follow. ... I was just getting too deep, and behind me, and having to kind of pull the club back out in front of me, so the hands were starting before anything.”

The work was halted during the COVID-19 shutdown. Fowler said he went a month without touching his clubs during the break, and when he ramped up practice again, he battled blisters on his hands. He played through them while missing those cuts at the Charles Schwab Challenge and RBC Heritage last month.

“Friday at Hilton Head was no fun trying to fight through that,” he said.

With those missed cuts, Fowler slid to No. 31 in the world rankings, his worst position in six years. Still, he insisted, there was progress made with his swing.

“There's a lot of positives I could take from it,” Fowler said. “I know it’s kind of weird saying that, missed cut, and taking positives.”

Fowler didn’t play the Travelers Championship last week, but he put in work, despite the blisters.

“At home, I wasn't able to play interlock, which is my normal grip, so just kind of had to hit balls overlap and worked on some fundamentals, and not really worry too much about how I was hitting it and stuff like that,” Fowler said. “Once I got here, Tuesday was the first day I was actually able to start hitting balls, somewhat interlock. It was still bothering me, but they're healing.

“Today was the first day that it felt at least good enough to go ahead and go.”

Fowler’s hoping the weekend offers a chance to go after a trophy again.