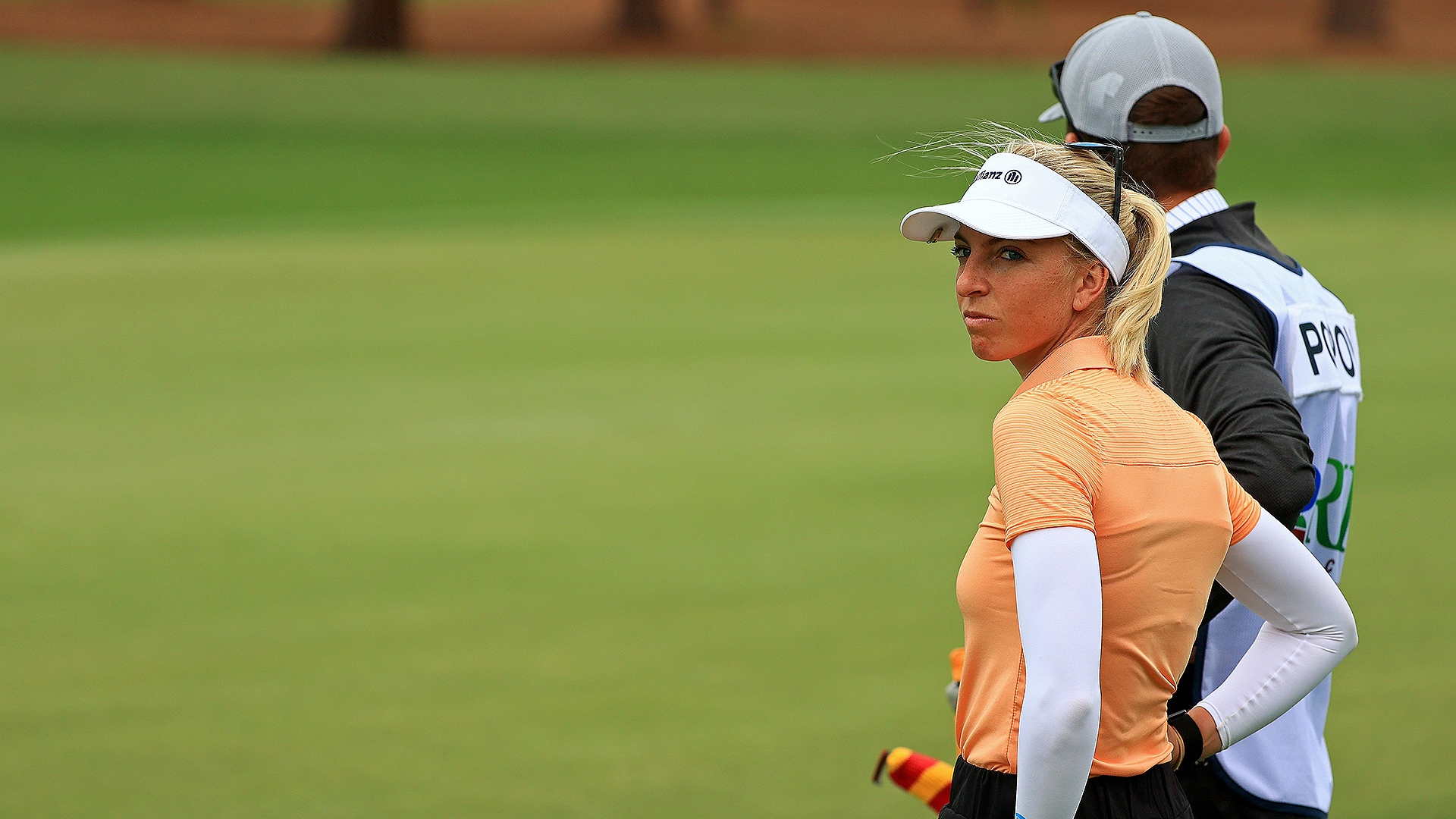 Popov shot a 6-under 64 in windy conditions to take a two-stroke lead over Ashleigh Buhai, with Ko eight shots behind after a 72 in her first LPGA Tour start of the year.

Popov was the surprise winner at Royal Troon in August.

“I think I’m playing with a different confidence level,” Popov said. “You know, the shots are there. I always had them I felt like. I think mentally I’ve never felt as freed up as I do now. I don’t know if that’s from winning the tournament or just overall just having more fun out here. Having obviously an exemption for the next couple years just frees up the swing a little bit, my mindset, I can be a little bit more aggressive, and I think I just took advantage of that.”

At the tricky Pelican Golf Club, the German birdied the last five holes for a front-nine 29, then cooled off on the back with two birdies and two bogeys – the last on the par-4 18th.

“I felt pretty confident coming into the round,” Popov said. “Honestly, probably didn’t see that many birdies on my front. I thought with the wind the course is playing really tough, and surprised myself a little on that front nine. Tried to keep it going, but think the other nine is definitely tough and so I’m happy with my score.”

“You just have to stay patient, hit to the big parts of the green,” the South African said. “I think in order to shoot a low score today, you got to have a hot putter, especially this afternoon. The greens firmed up a lot and it was difficult to get it close. That’s what I did. I made some good putts coming down. I hit it close on 17 and then holed a nice one on 18 for birdie.”

Ko, the No. 1 player in the world for the last 68 weeks, has been home in South Korea since the COVID-19 pandemic. She plans to play three straight tournaments through the U.S. Women’s Open.

“Honestly, my ball striking wasn’t that great,” McDonald said. “I just felt like my timing was just a little bit off.”

“It’s definitely a tricky golf course,” Henderson said. “You got to be careful out there. It can kind of jump up and bite you if you’re not paying attention, and especially with how windy it was earlier today."

“A lot of the holes it seemed like it was a left-to-right wind, which being a draw player was just really messing with my swing,” Lincicome said. “You have to miss it in the right spot, and I feel like I missed it in the wrong spot a few times.”

Lexi Thompson had a hole-in-one on the 162-yard third hole, her 12th of the day.

“Hit a full 9-iron and it was kind of flagged right off the face,” Thompson said. “I kind of went off a guy behind the green. He put his hands up. I couldn’t tell if it went in or not. But it’s a great feeling, even though there was only about ten people that saw it.”

She bogeyed three of the next four holes in a 70.

U.S. Women’s Open champion Jeongeun Lee6, also making her return to the LPGA Tour, had a double bogey and two bogeys in a 73. She last played the Women’s Australian Open in February before the tour began shutting down its Asia swing because of the pandemic.

The first-year tournament was originally to be held the same week as the PGA Championship in May. 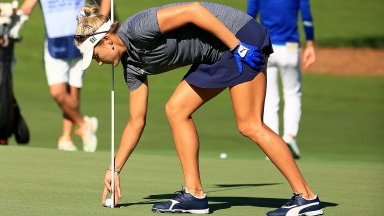 Lexi Thompson made her fifth career hole-in-one on the LPGA in the first round of the Pelican Women's Championship.