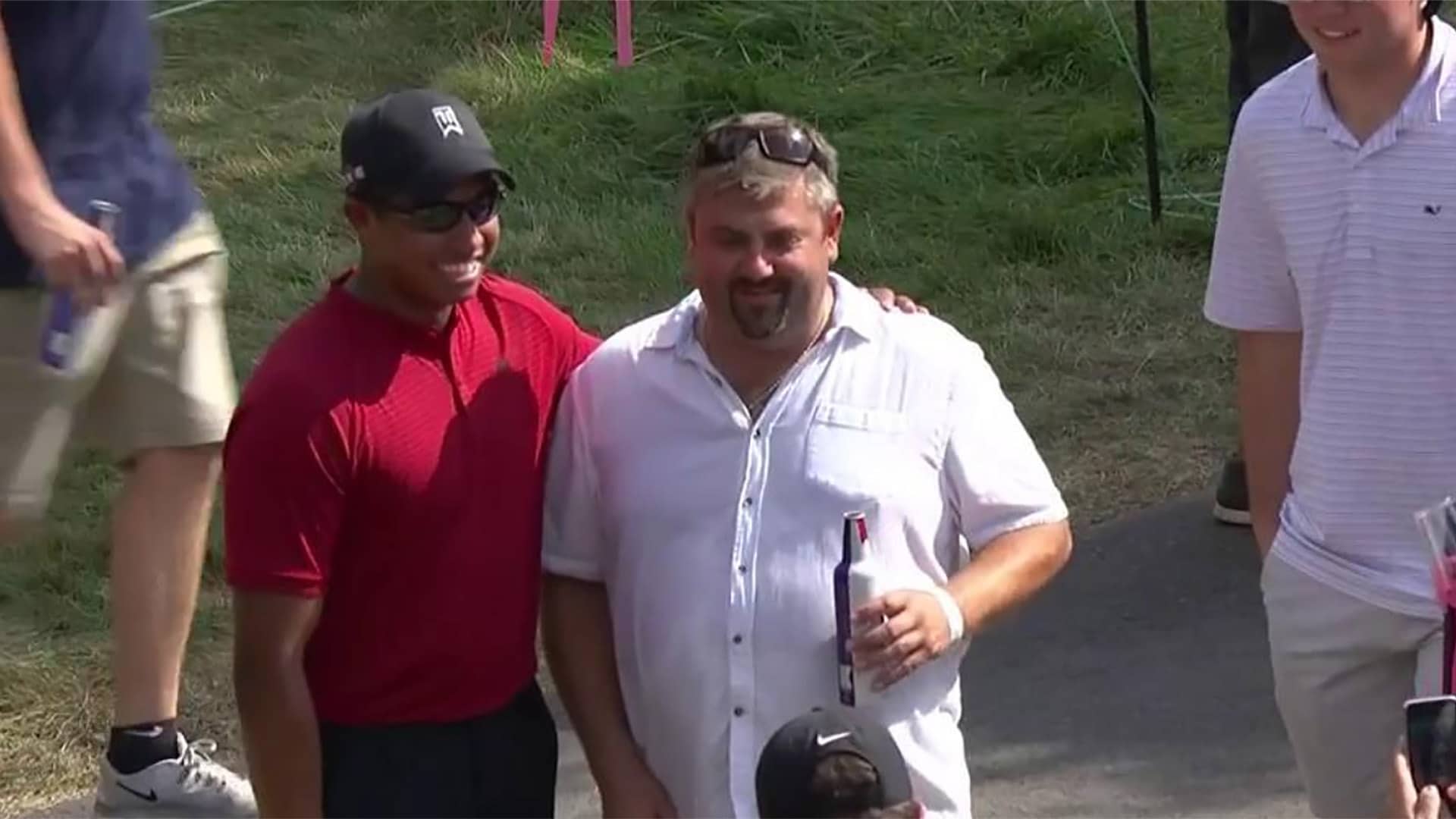 There's been no shortage of interesting characters following Tiger Woods around the golf course throughout his illustrious career.

But one fan in Woods' gallery stood out Monday at the Dell Technologies Championship, and he did it by looking exactly like the guy he was following.

Fake Tiger showed up to TPC Boston in the 14-time major champ's typical final-round attire: red shirt, black pants, black hat ... and sunglasses to boot. He took pictures with other fans and even caught the attention of TV cameras.

Spotted in the crowd following @TigerWoodspic.twitter.com/79l2n0BWOR

In fact, the only person who didn't seemed thrilled with the get-up was Woods himself, who denied Fake Tiger a handshake during his final round:

While he may not have gotten that handshake, Fake Tiger now joins the likes of Fake Klay Thompson, Fake James Harden and Fake Andy Reid in the pantheon of all-time great sports doppelgängers. So he's got that going for him.

Warriors would have won if coach put me in the game.

Fake Andy Reid starts off the #Chiefs press conference only to be interrupted by the real Andy Reid. pic.twitter.com/Zc55yY6Qj2