A spotter found Bryson DeChambeau's lost ball, and then gave it to him 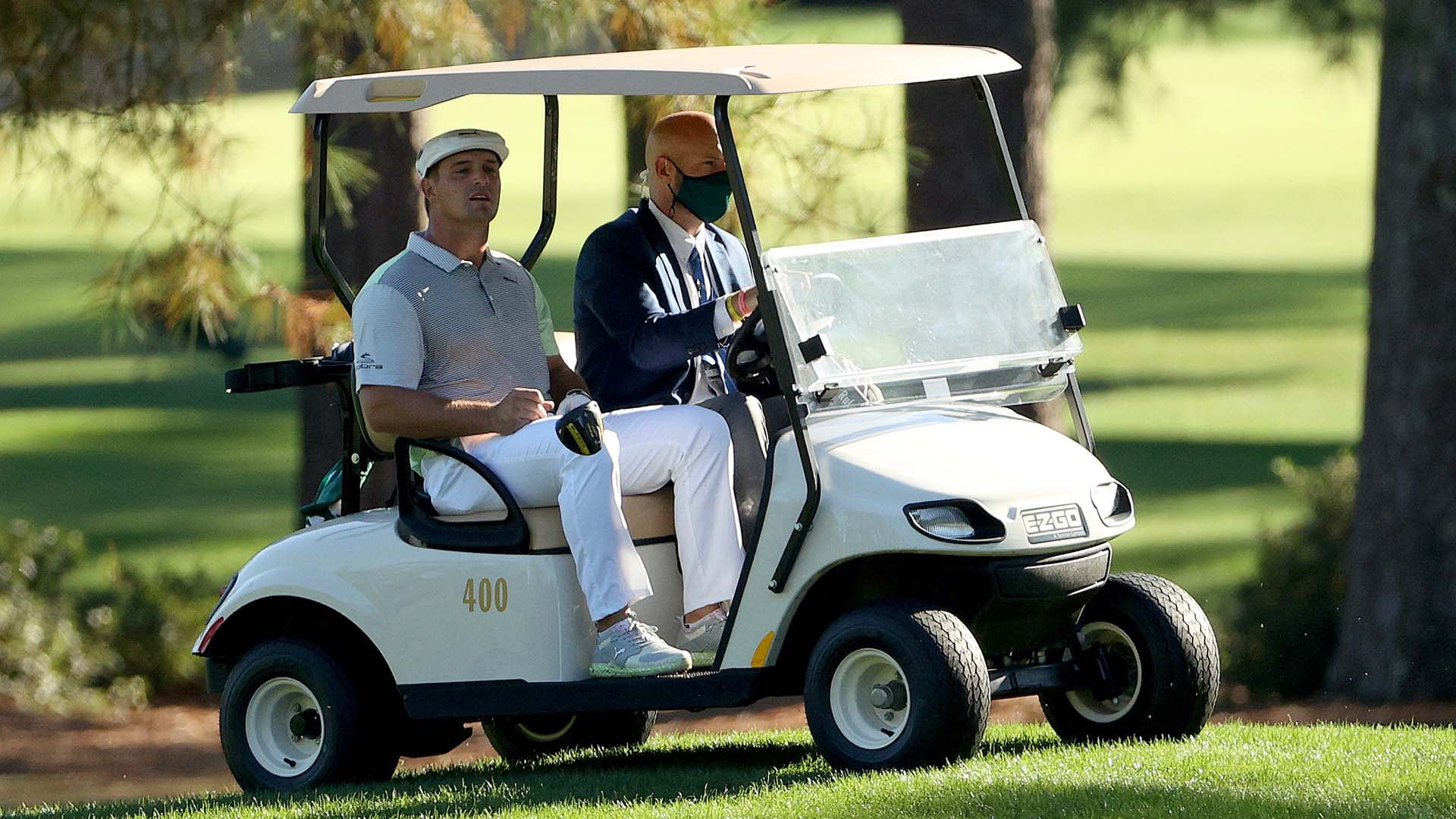 AUGUSTA, Ga. – Bryson DeChambeau was already running hot after his drive on the third hole wasn’t found in the second cut after a 3-minute search.

Then the spotter apparently rubbed it in.

“Definitely throws you for a loop when the guy goes and gives you the ball on the fourth tee box: ‘Oh, I found it!’” DeChambeau said Saturday.

He promptly bogeyed the next two holes, a disastrous stretch that saw him drop from 3 under par to 2 over – for the moment, outside the cut line.

Reflecting on his bad break a day later, DeChambeau said: “I struggle whenever we know it’s in that area and it’s all wet and it’s a plugged lie, guaranteed. They have to say it’s within a couple foot area. I’m like, Well, I know it’s in this area, that’s plugged, so I would think I would get some relief, but clearly not. The three minutes was up, so I took a penalty and went back to the tee box and proceed to hit in the same spot and had a really bad lie after that.”

Resuming his second round on Saturday morning, DeChambeau birdied three of his first four holes but bogeyed the last two to make the cut on the number, at even-par 144. He signed for a second-round 74.

“It just seems like there’s a lot of things going not in the right way,” he said. “I’ve certainly played worse golf than this and won golf tournaments. It’s one of those things where it’s golf. You can’t control everything, as much as you try.”