Lewis and Piller, aka Team Baby Mommas, to pair at LPGA team event 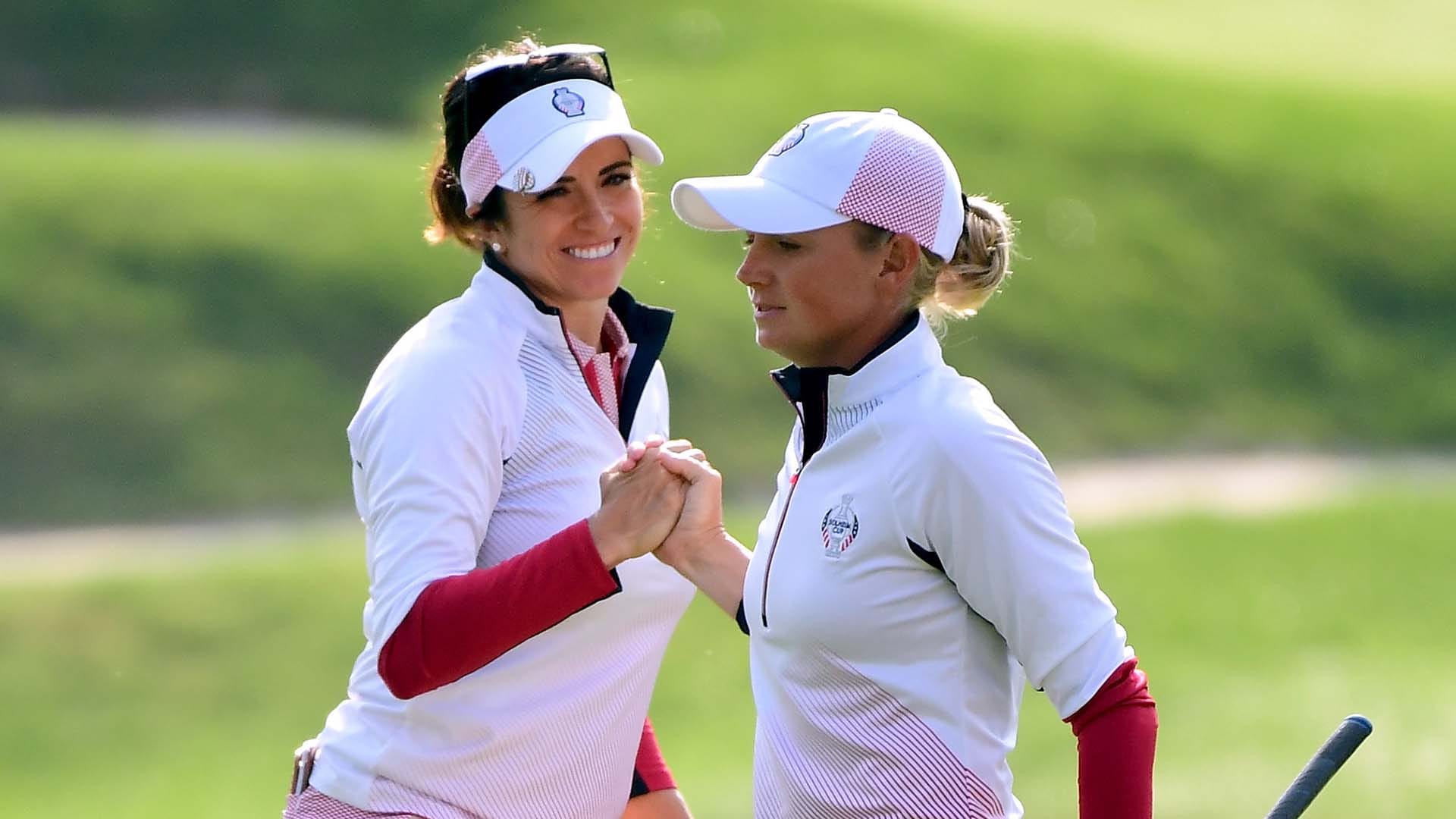 Lewis and Piller simultaneously tweeted a video on Monday that shows their toddlers setting up a “play date” for their mothers.

Lewis’ daughter, Chesnee, is 8 months old. Piller’s son, AJ, is a year old. The children are frequently together at the Smuckers LPGA Child Development Center, a daycare for tour moms.

The two-woman team event is scheduled for July 17-20 in Midland, Mich. The Jutanugarn sisters (Ariya and Moriya) and the Korda sisters (Jessica and Nelly) are among the entrees. So are Lexi Thompson/Cristie Kerr, Lydia Ko/In Gee Chun, Brooke Henderson/Alena Sharp and Minjee Lee/Jin Young Ko.

Suzann Pettersen is also expected to make her return to golf there after giving birth to her first child. She’s teaming up with European Solheim Cup captain Catriona Matthew. Pettersen hasn’t played in more than a year, since the CME Group Tour Championship at the end of the 2017 season.