Lewis' return kicks off big year for moms on the LPGA 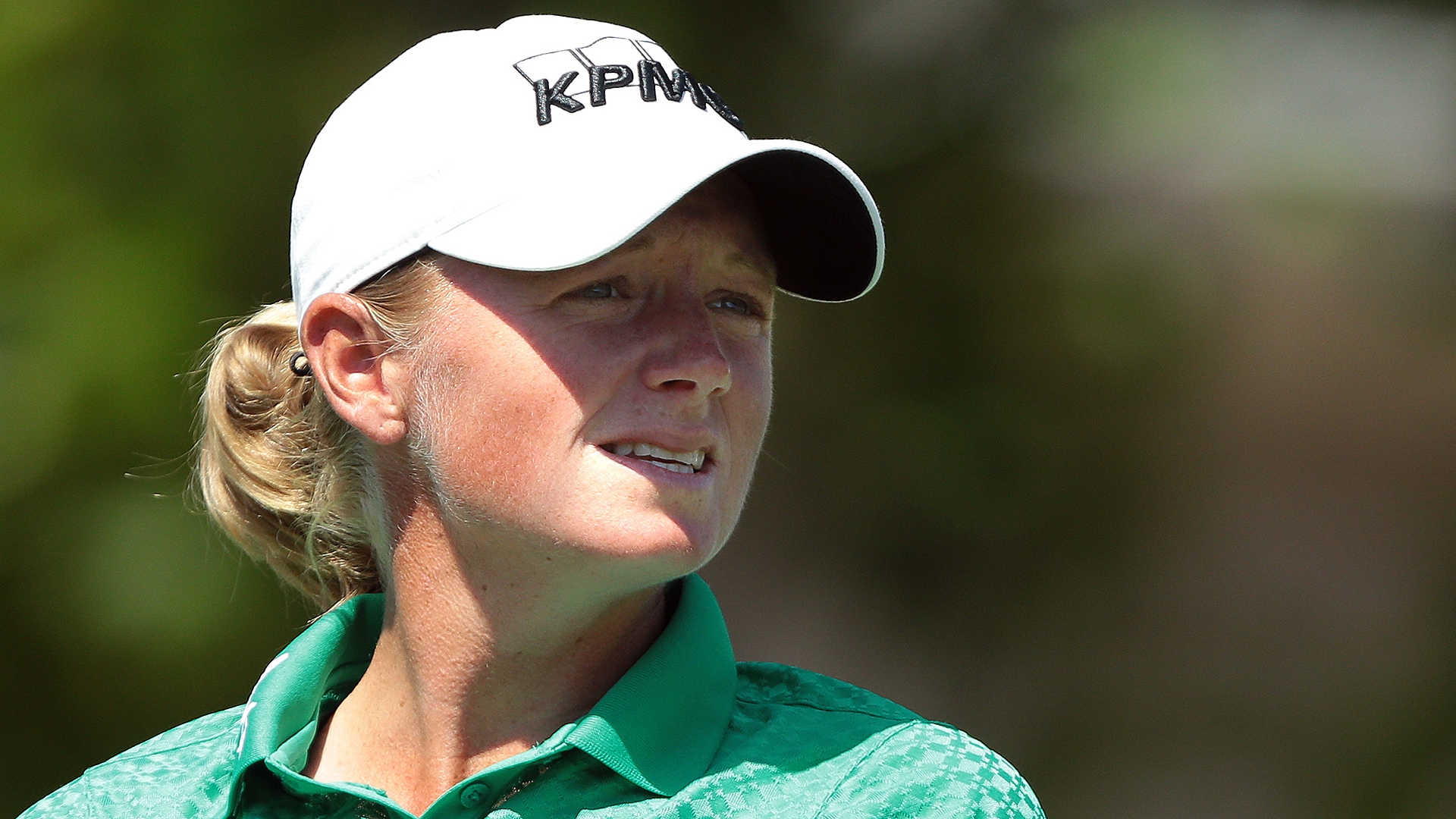 LAKE BUENA VISTA, Fla. – The mother of all comeback years begins this week at the Diamond Resorts Tournament of Champions.

As in talented moms coming back to the LPGA ...

Stacy Lewis, Suzann Pettersen, Gerina Piller and Karine Icher will be rejoining the tour after taking long spells off to give birth during the LPGA’s baby boom a year ago.

That was a lot of talent taking maternity leave.

“Everything is different now,” said Lewis, the former world No. 1.

Lewis feels that on and off the course.

“Everything has more meaning now,” she said.

So excited to welcome Chesnee Lynn Chadwell to the world on October 25th! We are both home and doing great! pic.twitter.com/A7rDQOib7e

Lewis, 33, gets things going this week with her first start since welcoming her first child, a daughter, back in October. Pettersen, Piller and Icher will make their returns in the weeks coming.

Lewis left the tour in July and three months later gave birth to Chesnee Lynn. She is making her return with Chesnee alongside. Her husband, Gerrod Chadwell, is here to help Lewis figure out the new routines of this more complicated life on the road.

“I’m planning on taking Chesnee with me wherever I go,” Lewis said.

How challenging will this transition be? All four of these returning mothers are Solheim Cup stalwarts, and it’s a Solheim Cup year. They’ve fallen back in qualifying and need to catch up on points, which makes the transition to a larger family life more challenging.

“It’s a lot of hard work, but nothing I’ve ever done will compare to this,” Piller said. “It’s awesome.”

Piller gave birth to her son, AJ, back in April. She took off the full year and expects to make her return at the HSBC Women’s World Championship in Singapore in six weeks. Using the tour’s maternity leave policy, she retains her 2017 tour status this year. AJ won’t make the trip to Asia, but Piller plans to take him on the road when the tour returns to the United States.

Piller left AJ for the first time to attend an outing in Wisconsin when he was 2 months old. Her husband, PGA Tour pro Martin Piller, will be juggling his schedule, too.

“It was hard,” Gerina said of leaving AJ for the first time for that outing. “And I don’t think it’s going to get any easier.”

Icher, 39, is the only one who knows what to expect. She gave birth to her second daughter, Maya, in November. Lewis, Pettersen and Piller are first-time moms.

“My days are a little bit shorter now,” Icher said. “Having two children is more than double the work, but I’ll be ready for the new season.”

Pettersen, 37, gave birth to Herman Alexander in August. When she will return is unclear, but she posted a photo on Twitter of her practicing on Jan. 2.

“A new year on different terms,” Pettersen wrote, “being a mum is by far the greatest gift in life.”

Juli Inkster, Nancy Lopez and Catriona Matthew have proven players can thrive at the highest level as mothers. They won majors after becoming moms, but they are more the exception than the rule.

Matthew is the only player to win a major as a mother over the last 17 years.

Annika Sorenstam and Lorena Ochoa left the tour to start families while still atop their games.

“I just felt like the worst mother in the world leaving them for the first time,” said Inkster, a mother of two daughters. “Who leaves their child for a week? But you know what? My daughters are 28 and 24 now, and they don’t remember that.”

Inkster’s daughters grew up on tour, loving the life.

“I told Gerina that AJ is going to cry when she leaves, but five minutes later he’s going to be fine,” Inkster said. “She’s going to have a lot of time with him.

“It’s going to be a mental challenge out on tour, more than anything. I’m just trying to get her over the mental side, so she can focus on golf when she is out there.”

Lewis isn’t sure what to expect at the Diamond Resorts Tournament of Champions. In fact, she’s tempering her playing expectations, intending to make this week more about Chesnee than golf.

Lewis put away her clubs two months before the birth, and she went about four months after without hitting a shot. She played 18 holes for the first time last week. She said she was surprised how weak her core became in the time away and needed to rebuild her body in the gym before playing too much.

“Expectations aren’t real high this first time out,” Lewis said. “It’s more just to get my legs under me, to see where my game is and then go from there.

“Truthfully, it is more about traveling with Chesnee, seeing how everything is going to go, how it goes dropping her off at [the tour’s] daycare every day, getting a feel for that so in March I will really be ready to go.”

After this week’s start, Lewis will skip the Asian/Australian swing. She plans to make her second start at the Bank of Hope Founders Cup in Phoenix in March. Chadwell is helping this week, but his duties as the golf coach at the University of Houston will limit his travel with her in the spring. The couple’s parents will take turns helping Stacy, with Gerrod getting more time to travel in the summer.

Lewis and Piller are comparing notes. They’re comforted knowing Chesnee and AJ will be together at the LPGA’s Smucker’s Daycare program on tour.

“We can definitely learn from each other,” Piller said. “I’d like to start ‘Moms on Tour,’ or something like that, a little forum where we can all help each other out.”

For Lewis, there’s a special challenge in all of this, something empowering stepping into the role of a working mom. Back last year, she said she wanted to be an example of what’s possible to her daughter.

“More than anything, I want to prove to myself I can do this,” Lewis said. “There are definitely days when you’re sitting there, with your baby crying, and you’re thinking, ‘My gosh, what did we do? Can we really do this? Can we have a job, travel and take her with us.’ I want to prove it to myself, and hopefully inspire working moms. I just have so much respect for moms at work, how they do it every day. It just blows my mind.”

“It’s not about me anymore, at all. It just changes your mindset. You get so worried about yourself in this game, and that’s the last thing on the list now.”

That’s how the mother of all comebacks will work.