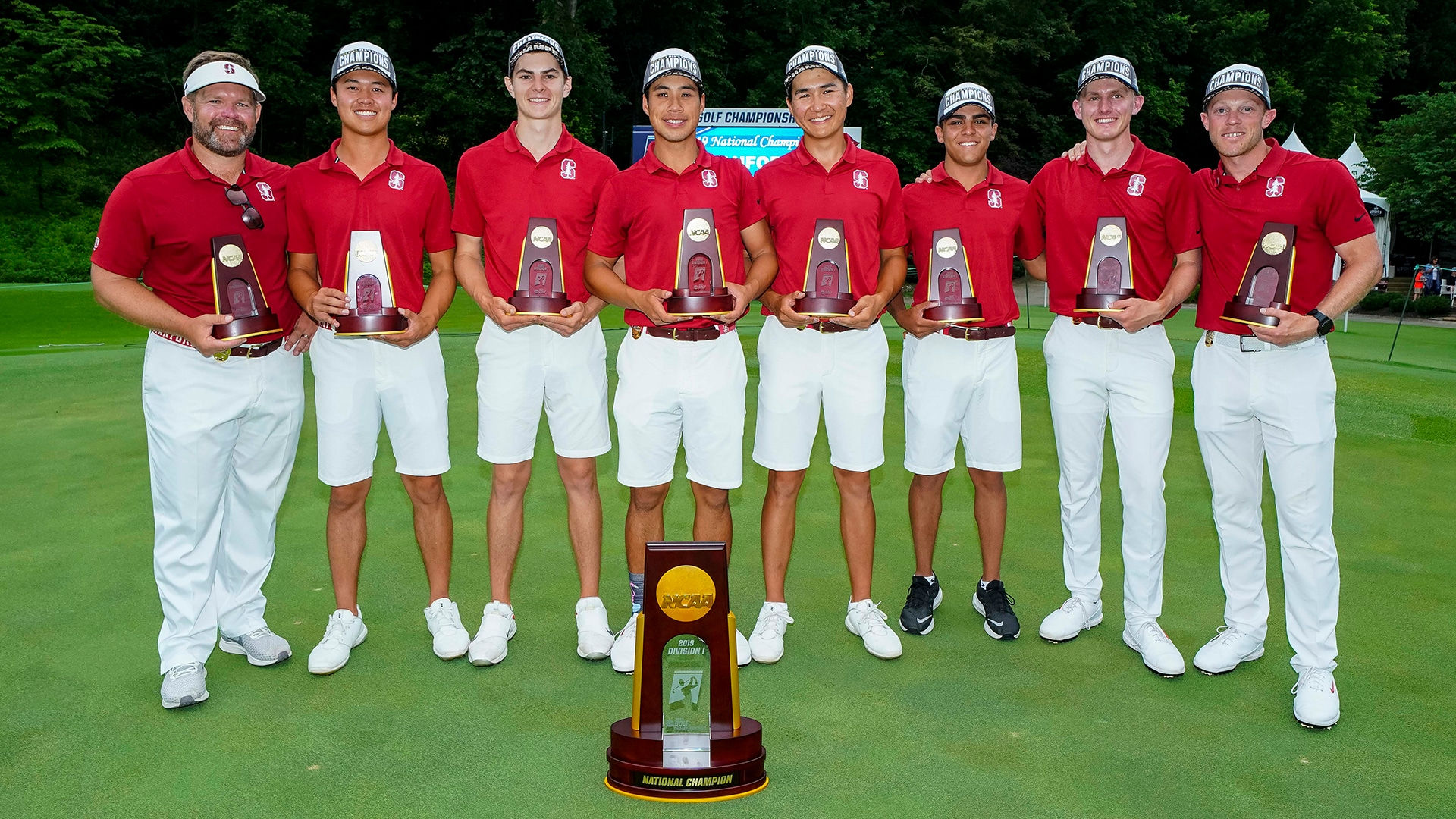 Getty Images
“We pushed these guys harder than any team I’ve ever coached and they responded.” - Stanford head coach Conrad Ray said after his team won the National Championship
-

FAYETTEVILLE, Ark. - Stanford wanted to be among the eight teams that qualified for match play in the NCAA Championship, knowing anything could happen from there.

It led to an NCAA title, and a perfect ending to the college careers of Brandon Wu and Isaiah Salinda.

Wu and Salinda capped off 3-0 records in match play, and Henry Shimp delivered the winning point Wednesday as Stanford beat Texas 3-2 to claim its ninth NCAA title and first since 2007.

''It's crazy,'' Wu said. ''You can't script a better ending to your career. This whole week, we knew that every round could be our last, so to end on a high note is great.''

Because of storms in the forecast, the championship match was moved up to the morning. Stanford finished off a 3-2 victory over Wake Forest early Tuesday, and then squeaked by Vanderbilt in the afternoon. After a quick turnaround, Stanford had the upper hand on the Longhorns, especially on the back nine at Blessings Golf Club.

Shimp fell 2 down early in the lead match to Spencer Soosman before tying the match on No. 8. He took his first lead on the 11th hole and never trailed the rest of the way in a 2-and-1 victory that sealed it for Stanford.

Texas won the other two matches behind Parker Coody and Steven Chervony.

''The first goal was to make match play,'' Salinda said. ''Once we made match play, I thought we could win it. It's pretty cool. It means a lot to end our careers like that. This is the best way to end our four years here.''

It was Chervony who gave Texas a chance. He won in 19 holes in the decisive match Tuesday evening to beat Oklahoma State, which had the No. 1 seed by leading 72 holes of stroke play by 31 shots.

In the quarterfinals, Texas won the last match on the 18th hole to beat Oklahoma.

''We were ready to play today,'' Texas coach Jon Fields said. ''We just got beat by a really good golf team. That's all there is to it. It will fire us up for next year.''

Stanford last won the NCAA title in 2007, two years before the format switched to match play. 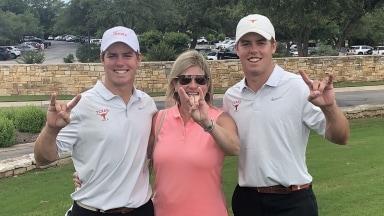 Coody twins spur on each other, Texas

Grandsons of Masters champ Charles Coody, twins Parker and Pierceson Coody are forging their own paths as Texas freshmen.