Star is born: No denying DeChambeau after latest win 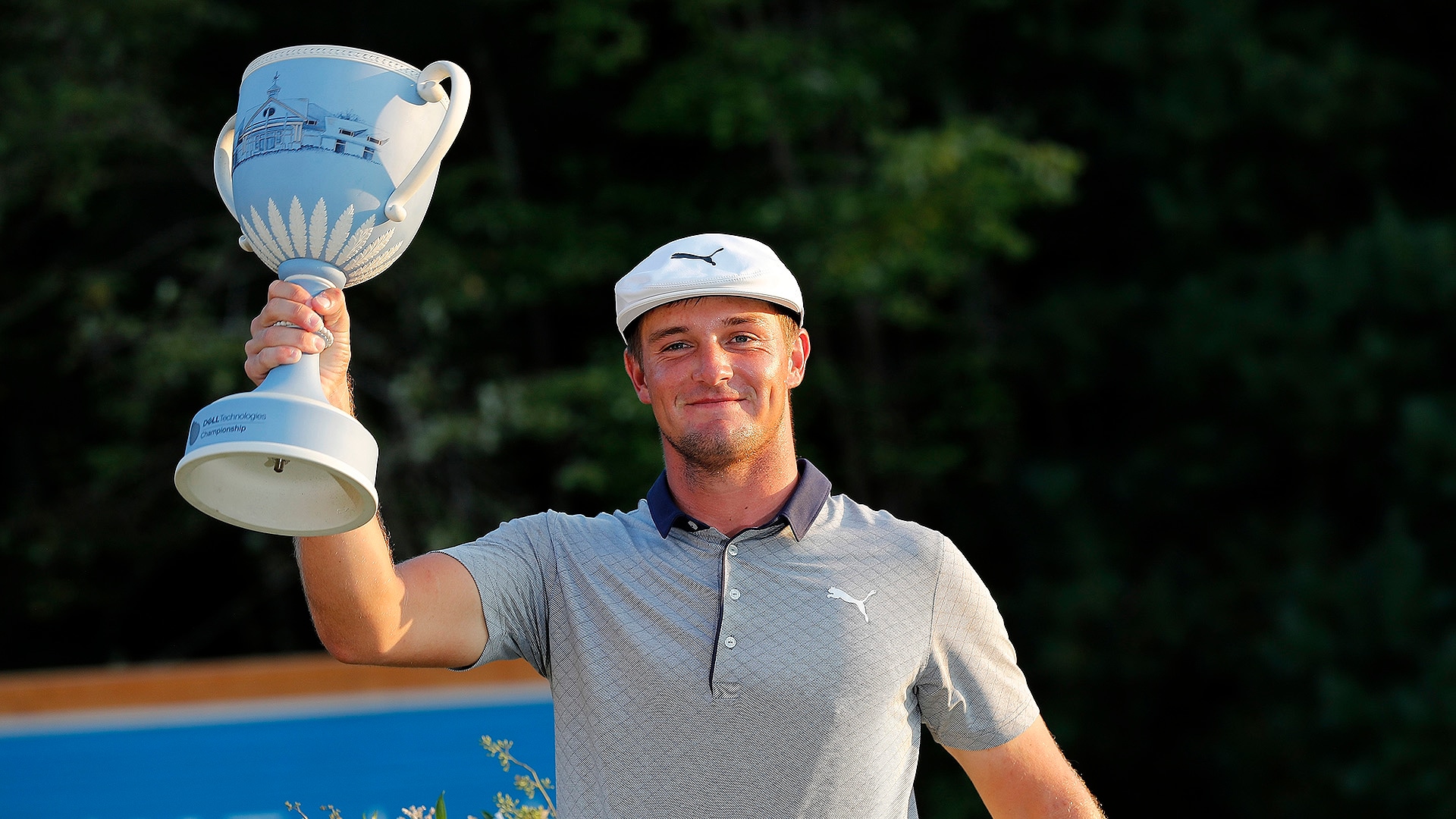 NORTON, Mass. – This was embarrassing easy math for a physics major.

Winning one playoff event put Bryson DeChambeau squarely in the hunt to win the season-long FedExCup and to make his first start at this year’s Ryder Cup. A second playoff victory made the latter a lock, as if there was much doubt before, and he’s now the preemptive favorite for the former.

DeChambeau emerged on Monday as the hottest commodity in the game at the moment, becoming the first player this season on the PGA Tour to win back-to-back events with another commanding performance at TPC Boston.

A week ago he boat-raced the field at the playoff opener by four strokes, a signature moment for a player who - despite two victories in two seasons on Tour - was still very much an unknown commodity.

His play at the swansong Dell Technologies Championship may have been even better. Although the final line would suggest otherwise, DeChambeau’s performance was nothing short of groundbreaking considering that after 36 holes he was seven strokes off the lead and, incidentally, tied with Tiger Woods, who finished in a tie for 24th.

Fans and the vast majority of his fellow competitors may not understand DeChambeau’s data-driven approach to the game, but there’s no longer any reason to question his potential.

He became the ninth player – along with the likes of Woods and Jordan Spieth – to win his fourth Tour title before turning 25 in the last 30 years, and his two-stroke victory over Justin Rose proved there is a method to what some consider his madness.

Tour equipment vans shouldn’t expect a run on single-length clubs anytime soon, but consider that DeChambeau now has the same number of Tour victories as Rickie Fowler and more than Jon Rahm, two of the game’s predetermined stars.

However reluctant he may be to the idea, DeChambeau is no longer a “weird and unique” sidebar to the main attractions.

“People can put that title on me, but I'm not going to, never will, because I'm just a player out here trying to do my absolute best. And I'll say that every single time,” said DeChambeau, who led by as many as four strokes during a steamy final round before closing with a 67. “It is cool to have people say that to you. And it is an honor, it really is. At this moment going forward, though, I'm just going to keep going about my business and doing what I can do.”

It was 22 years ago this week that Woods announced, “hello, world,” at the Greater Milwaukee Open. DeChambeau seems to have made his own statement the last two weeks.

“He's won three times so far under the age of 25, which is pretty impressive,” Woods said on Sunday after being paired with DeChambeau. “Just the way he's played, especially the last couple of weeks he's had opportunities and had runs, but I think he's cleaning up rounds. He's not making that many mistakes, and if he does, I talked to him over the past couple of months, he's missing the ball in the correct spots, and that makes all the difference.”

That DeChambeau appears to be Woods’ partner-in-waiting for this year’s Ryder Cup also speaks volumes. That the two play vastly different games, and speak vastly different languages when it comes to the golf swing, is a testament to DeChambeau’s talent and potential.

Woods may not understand, or even agree, with DeChambeau’s Newtonian theories on the golf swing, but he appreciates what he’s been able to create.

Technically, neither DeChambeau nor Woods are members of the U.S. Ryder Cup team, but captain Jim Furyk is sure to fix that on Tuesday when he announces three of his four picks for this year’s matches. It’s only slightly less evident that the two will be paired together in Paris, which is also notable considering that Woods hasn’t played the matches since 2012 and has never really found a go-to partner.

After a parade of partners with distinctly mixed results in the Ryder Cup, the most compelling endorsement to consider DeChambeau one of the game’s truly great players is the notion that he’s a natural fit to play with Woods.

That hasn’t always been the case for Woods, who is 9-16-1 in Ryder Cup team matches.

“You had almost a diffusion of responsibility. When you'd be partnered with [Woods] you'd let him do all the work because he's so good,” explained Phil Mickelson, who paired with Woods at the ’04 Ryder Cup and went a disastrous 0-2. “You don't get focused in on your own game and play our best golf.”

Whether it’s DeChambeau’s capacity for compartmentalization or his unwavering confidence that makes him immune to those types of external concerns – he would call those standard deviations – there’ s an undercurrent of optimism that he’s poised to be Woods’ perfect partner.

“I think we could be a great team out there. I think maybe we can potentially intimidate a couple of people out there,” said DeChambeau, who pulled clear of a crowded leaderboard with three consecutive birdies starting at the seventh hole.

Perhaps Furyk does have something else up his sleeve, but if team room protocols require a degree of obfuscation there’s no longer any ambiguity about DeChambeau’s place in the game at the moment. He’s won three times on Tour in less than 14 months, moved to seventh in the Official World Golf Ranking - up from 94th to start the year - and has officially taken a chair at the young star’s table – quirks, calculations and all.

DeChambeau concedes he doesn’t have the Q score of a Rickie Fowler or the social media savvy of a Justin Thomas, the byproduct of his calculated approach to the game and a singular focus, but his résumé is easy enough to calculate, even for those who aren’t physics majors.