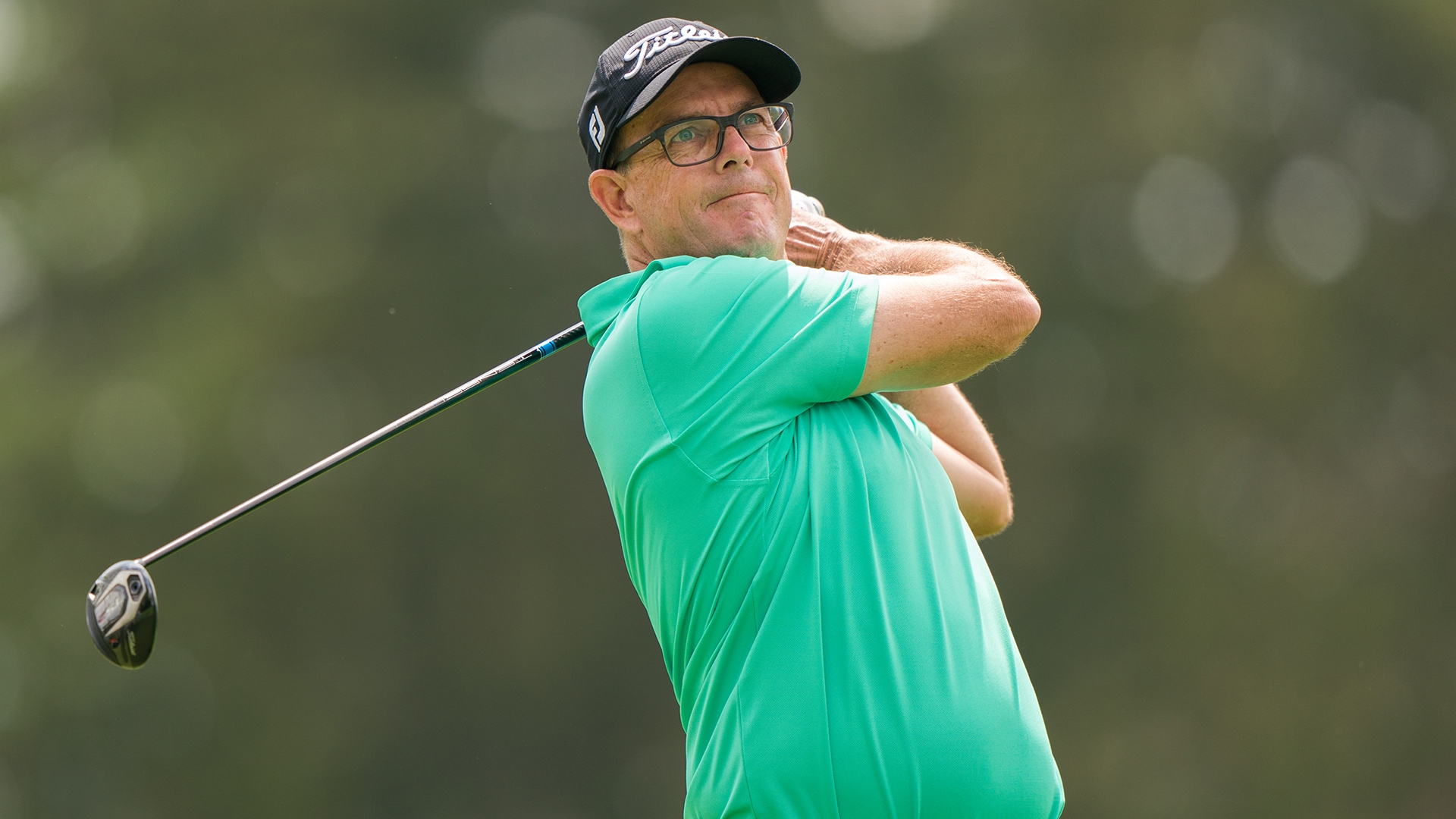 NAPLES, Fla. – Stephen Leaney leads after Saturday's second round at the Chubb Classic, and Fred Funk is two shots back as he attempts to become the oldest competitor to win a PGA Tour Champions event.

Leaney made an eagle on the 17th hole and has posted consecutive rounds of 65, putting him one shot ahead of Bernhard Langer and two clear of Funk, Chris DiMarco and Fred Couples.

“I played well the last two days,” Leaney said. “I have been driving it great, hitting a lot of very good iron shots. And suddenly started to make some putts, which I didn't really do last year. So just try to keep it going tomorrow.”

Leaney's 130-shot total is his best 36-hole score at a PGA-sanctioned competition. His last pro win was at the 2017 Western Australian Open, and his only appearance in a Sunday final group on the PGA Tour was at the 2003 U.S. Open, when he started three shots behind eventual champion Jim Furyk.

At 63 years, eight months and two days old, Funk would be the oldest winner ever on the tour, surpassing Scott Hoch at 63 years, five months and four days.

“That's unbelievable,” Funk said. “That would be awesome. Although that will be broken once Bernie gets to be 63, so I might as well get it.”

Funk's two-round total of 132 is his best since the 2017 Regions Tradition, and that was also the last time he started the final round of an event in the top three. He finished tied for fourth.

He hasn't won a PGA Tour Champions event since the 2014 Bass Pro Shops Legends of Golf with partner Jeff Sluman. He's made 145 individual starts since his last solo victory at the 2012 Greater Hickory Classic.

Funk has dealt with back and nerve pain recently and said he had to push through the latter Saturday.

“My back is overall a lot better,” he said. "I usually don't have the nerve pain. Today that nerve pain fired up again on 13, for some reason, going right down my hip and into my leg. And killing me right now. But it's been a lot better. It's been a lot more functional.

“When I had that nerve pain the last two years, it completely shut me down. And I'm scared to death of it, because I know what it means if it pops back up. So I don't want it to come back. I can play with pain, I can't play with that nerve pain.”

Langer is a three-time winner at the Chubb Classic, last in 2016. He shot 5-under 66 in the second round, sending him into Sunday among the top-five at this tournament for the 10th time in 12 starts.

A year after posting a course-record 9-under 62 in the second round at the Chubb Classic, Kevin Sutherland shot a bogey-free 63 and jumped into a tie for sixth place.