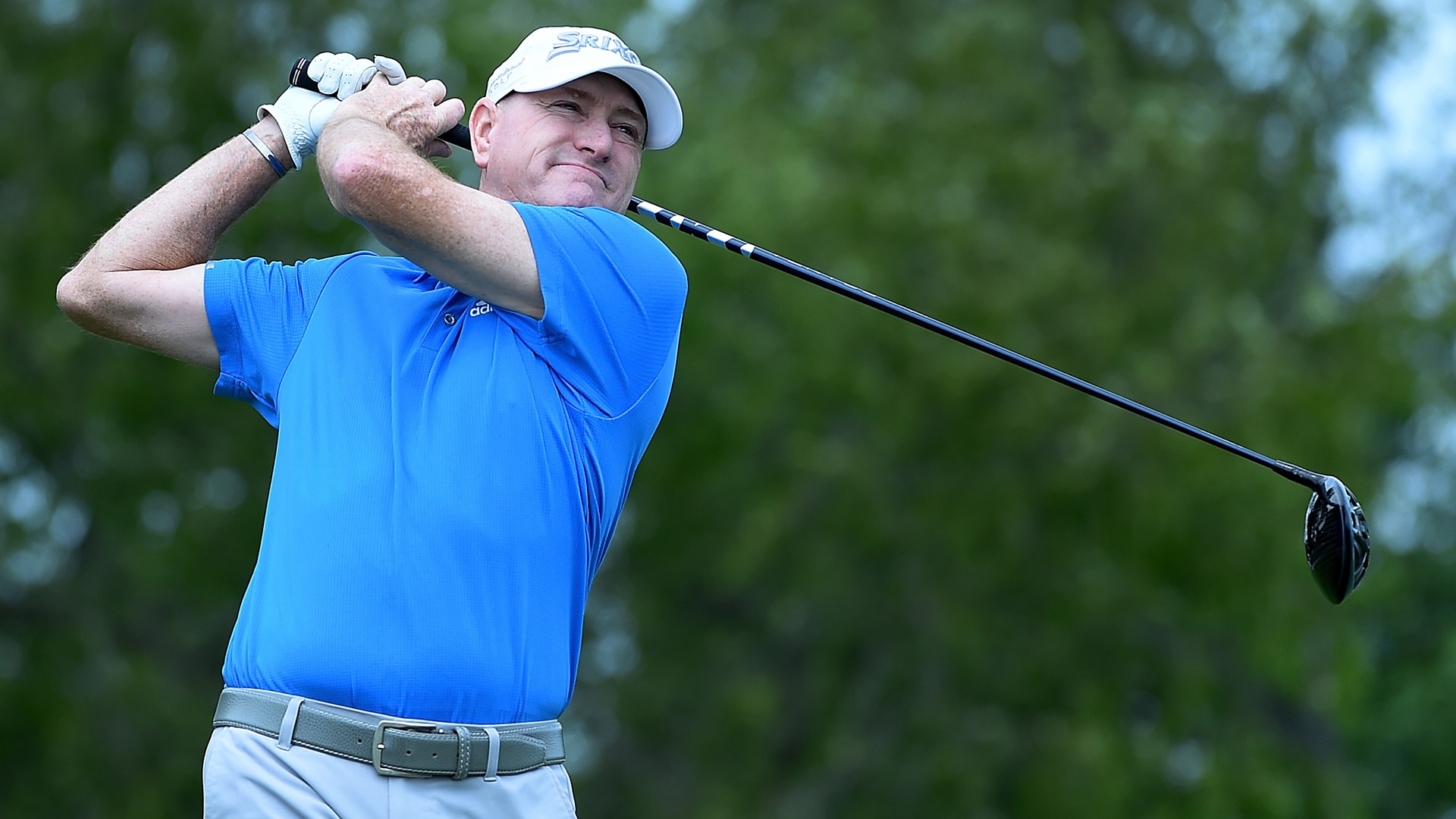 PEBBLE BEACH, Calif. -- Steve Flesch shot a 4-under 67 on Saturday at Poppy Hills to take the second-round lead in the PGA Tour Champions' Pure Insurance Championship.

After opening with a 68 on Friday at Pebble Beach, Flesch had five birdies and a bogey at Poppy Hills to reach 8 under. The 52-year-old Flesch won the Mitsubishi Electric Classic last year for his first senior title after winning four times on the PGA Tour.

"It got a little tougher once that wind started up, but I'm glad we're finished," Flesch said. "We got a good draw on the tee times playing early this morning, but it was chilly. I've just kind of continued my good play over the last four weeks now. I've been hitting a lot of good shots, but I'm putting very well, so I think that's the key to why I've been playing well."

The event pairs a PGA Tour Champions player with a junior from The First Tee programs around the country.

"My junior was Lucas Freelove, good player, great kid from Salina, Kansas," Flesch said. "Just had a lot of fun out there. Hits the ball a long way and I think we played pretty well. Hopefully, we played well enough to play together tomorrow."

Billy Andrade and Kent Jones were tied for second, two strokes back. Andrade had a 67, and Jones shot 69, both at Poppy Hills. The final round will be played at Pebble Beach.

Marco Dawson was 5 under after a 71 at Pebble Beach.

Charles Schwab Cup leader Scott McCarron was 1 under after a 73 at Pebble Beach.