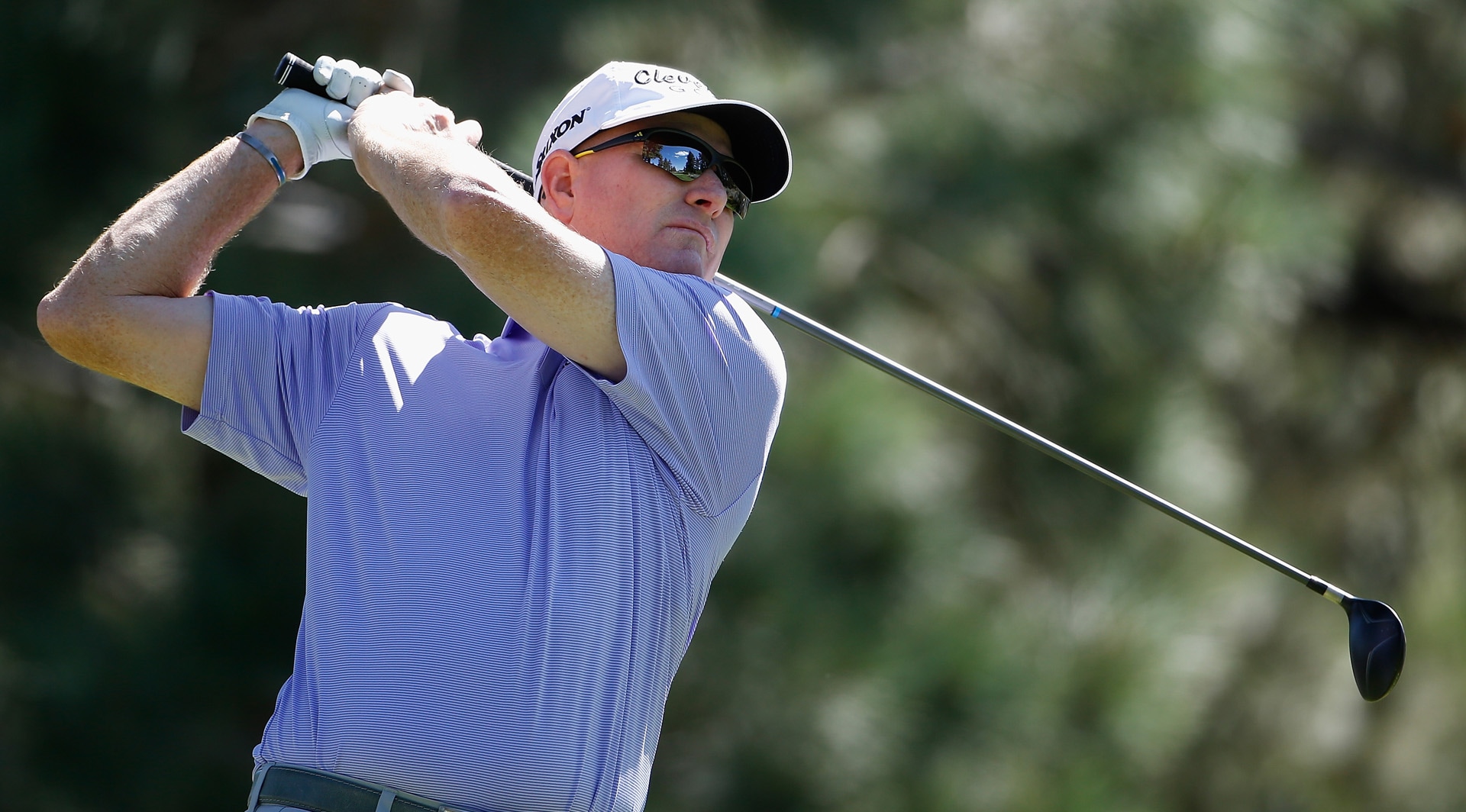 The 50-year-old Flesch won with a birdie on the second hole of a playoff with Scott Parel at TPC Sugarloaf in the event completed a day early because of forecast rain and lightning. Bernhard Langer dropped out on the first extra hole.

''You never know if you're ever going to win again,'' Flesch said. ''Honestly, it's been harder than I anticipated winning on this tour. The guys are so good. That Langer guy is hard to beat.''

Parel bogeyed the par-5 18th on the second playoff hole after his approach hit the bank short and left and went into the water.

''I just was in between clubs a little bit,'' Parel said. ''I had like 209 (yards), which is probably about as bad a yardage that I can have, so I had to kind of choke up on a hybrid a little bit and not try to hit it too hard. If I hit it right, a normal shot's going to be in the bunker, which is no bargain. I just didn't hit it as crisply as I needed to.''

Flesch hit long and right into the back bunker, and blasted out to 3 feet. The left-hander won in his 22nd start on the 50-and-over tour after winning four times on the PGA Tour.

Facing a forecast of 1 1/2 inches of rain overnight Sunday and the threat of lightning Sunday, tournament officials decided Friday to play both the second and third rounds Saturday.

''Any 36-hole day is really tough,'' Flesch said. ''Being able to use the carts today certainly helped with some of the hills out there here at Sugarloaf. It's more mentally taxing to me than physically taxing, especially if you're in the mix kind of like that all day. I know I'll sleep great tonight, but mentally I'm more exhausted than physically.''

Because of the possibility of the playoff finishing Sunday, the players were allowed to lift, clean and place their golf balls in the fairway during the extra holes.

Flesch and Parel birdied the 18th to start the playoff. Flesch and Parel each reached the green in two, with Parel leaving a 60-foot eagle try 3 feet short, and Flesch rolling a 50-footer to a foot. Langer laid up and missed a 15-foot birdie try.

Flesch opened with a 66 and shot 71 in the morning to enter the final round a stroke behind Langer, Jay Haas and Jerry Kelly.

''Obviously, I would have liked to win, but Steve played great, too, and hit some great shots in the playoff.'' Parel said. ''He deserved it. I feel like I'm close, so we'll just keep trying to make birdies out here and see what happens.''

Langer missed a chance to break a tie with Hale Irwin for consecutive seasons with a victory at 12. The 60-year-old German star has 36 senior victories, winning at TPC Sugarloaf in 2013.

''I've been playing all right for most of the year, just my short game wasn't good enough,'' Langer said. ''The short game was better, I made a few putts.''

Haas, the first-round leader after a 65 at age 64, shot 71-71 on Saturday to finish two strokes out of the playoff. He dropped back with bogeys on Nos. 15 and 16. Mike Fetchick is the oldest winner in tour history, taking the 1985 Hilton Head Seniors Invitational at 63 years to the day.