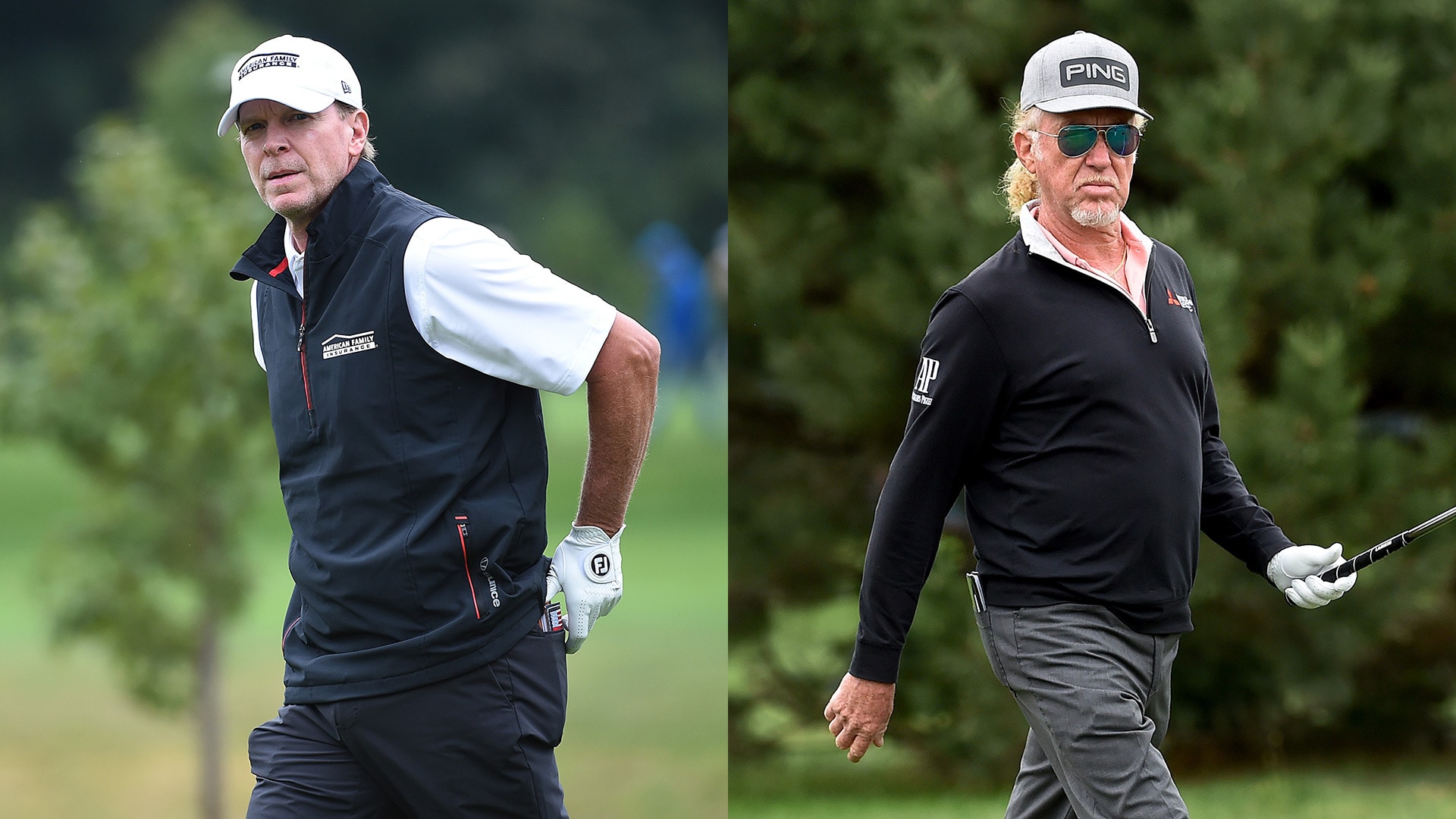 SIOUX FALLS, S.D. — Steve Stricker and Miguel Angel Jimenez shared the lead going into the final round of the Sanford International, with Fred Couples, Darren Clarke and Kevin Sutherland a shot behind after a low-scoring day.

The only player at at Minehaha Country Club set to play next week in the U.S. Open at Winged Foot, Stricker birdied the par-5 16th and par-4 18th on Saturday for a 6-under 64 to post at 9-under 131.

''I like my spot and I'm going to have to go out tomorrow and put up another good round,'' Stricker said. ''That's my focus anyway, to get out there and make birdies and try not to make any mistakes.''

''I feel like I'm the defending champion,'' Stricker said. ''I haven't been here since two years ago, but I enjoy the layout. You've got to put it in the proper spot. If you don't hit it in the fairway, sometimes hitting it on these small undulating greens is tough, as you saw a couple short holes for me today that you end up scrambling.''

Jimenez, the Spanish star tied for the lead with David Toms and Dicky Pride after the rainy first round, birdied the par-4 15th as well as 16 and 18 in a 66.

Clarke birdied the last four in a 62, while Couples and Sutherland matched Couples with 64s.

Couples holed out from 97 yards for eagle on the par-4 ninth.

John Daly, two days after revealing he's being treated for bladder cancer, was 6 under after a 66.

Country singer Colt Ford was last in the 81-man field in PGA Tour Champions debut. Playing on a on a sponsor exemption, he followed an opening 74 with a 78. 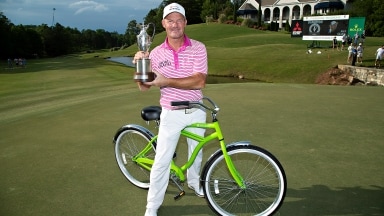 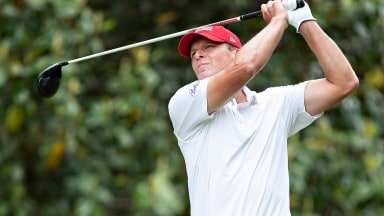 Defending champion Steve Stricker made a long eagle putt on the final hole for a 65 and the third-round lead in the Regions Tradition. 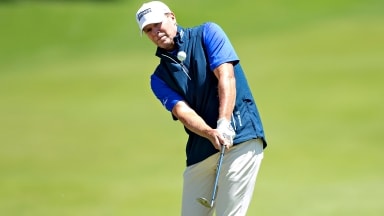 Stricker among 4 tied for lead at Tradition

Defending champion Steve Stricker birdied the final hole Friday for a 3-under 69 to move into a four-way tie for the lead halfway through the Regions Tradition.