Stricker opens with 65 at Colonial despite back pain 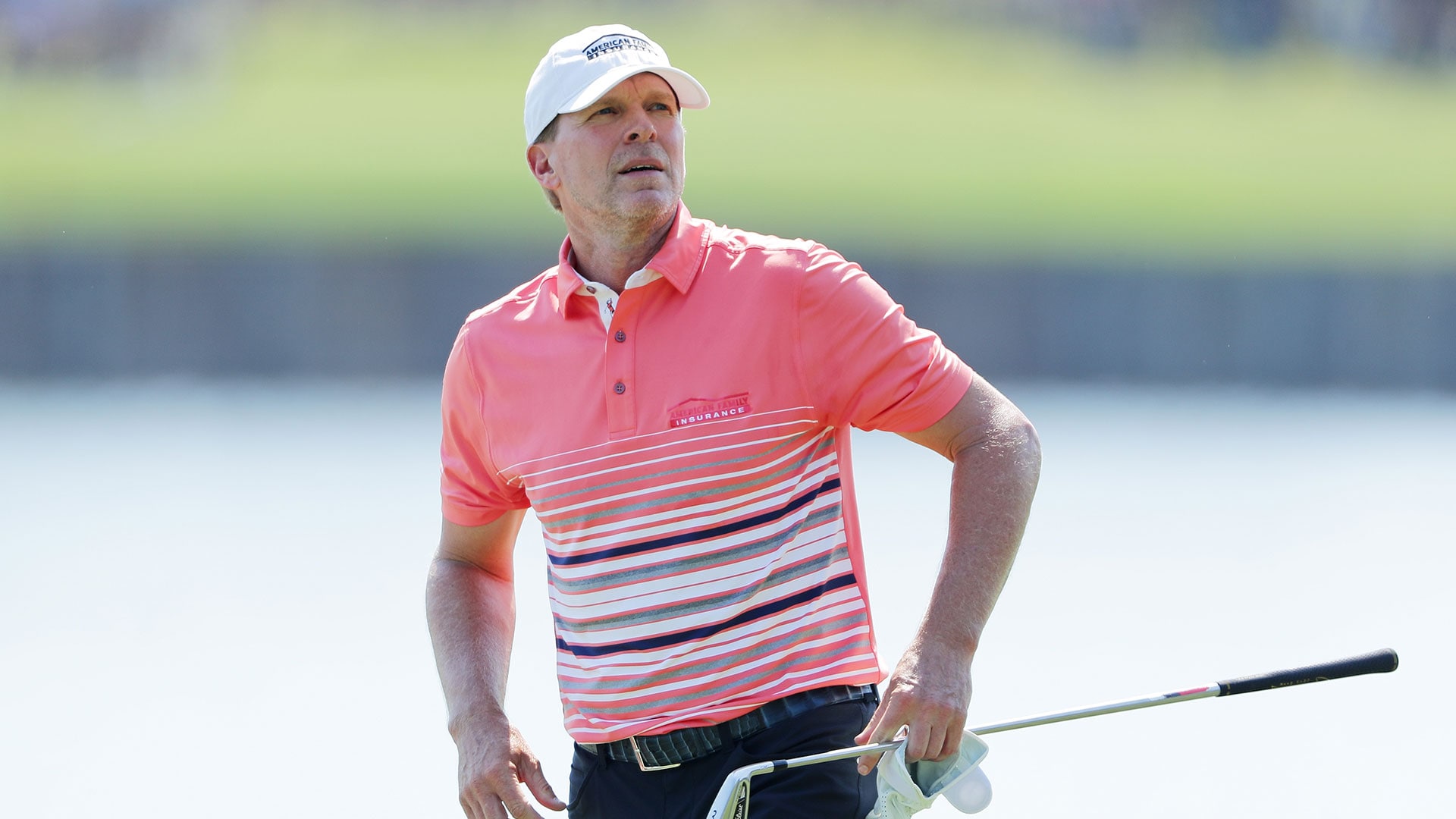 After four holes of the Fort Worth Invitational, things were looking bleak for Steve Stricker.

The ageless veteran was already 1 over when he tweaked his back playing his approach to No. 13, his fourth hole of the day at Colonial Country Club. He ended up making another bogey, but at that point his score took a backseat to the health of his ailing back.

"I tried to hit a pretty solid 6-iron and got right into the impact area, and actually felt my lower back crack right where I had surgery back in 2014, pretty much right on the spot," Stricker told reporters. "Tried to walk to the green and that wasn't going so well. Kind of tightened up on me. I thought I was going to have to stop and just stand there for a minute, which I did a couple of times. It didn't look or feel very good for a while."

Slowly but surely, Stricker's back began to loosen up, and with it came a turnaround on the scorecard. Stricker had a four-hole stretch in the middle of his round that he played in 5 under, highlighted by a hole-out from the greenside bunker for eagle on the par-5 first hole. Despite the rocky start, he ended up shooting a 5-under 65 to sit two shots off the early pace set by Charley Hoffman.

"I just kept plodding along," Stricker said. "I knew there were some birdie holes out here if you can get it in the fairway. There are some short irons."

Stricker had a spot in one of the marquee early-round groups, but his score bettered both Jordan Spieth's 1-under 69 and defending champ Kevin Kisner's 2-over 72. Stricker told reporters that he planned to get his back checked after the round.

Stricker continues to straddle both the PGA Tour and PGA Tour Champions while crafting a unique schedule, and his appearance this week in Fort Worth came at the expense of skipping the Senior PGA Championship, a major on the over-50 circuit. But Stricker won at Colonial in 2009 and has now played four straight years on what he described as one of his favorite courses.

"I like to play here. I know I'm going to play John Deere, another favorite tournament of mine, and FedEx St. Jude looks like I am going to try to play in a couple weeks, try to get in the U.S. Open," Stricker said. "So it's just kind of picking them as I go, and seeing where I want to go and seeing what feels good to me at the time."