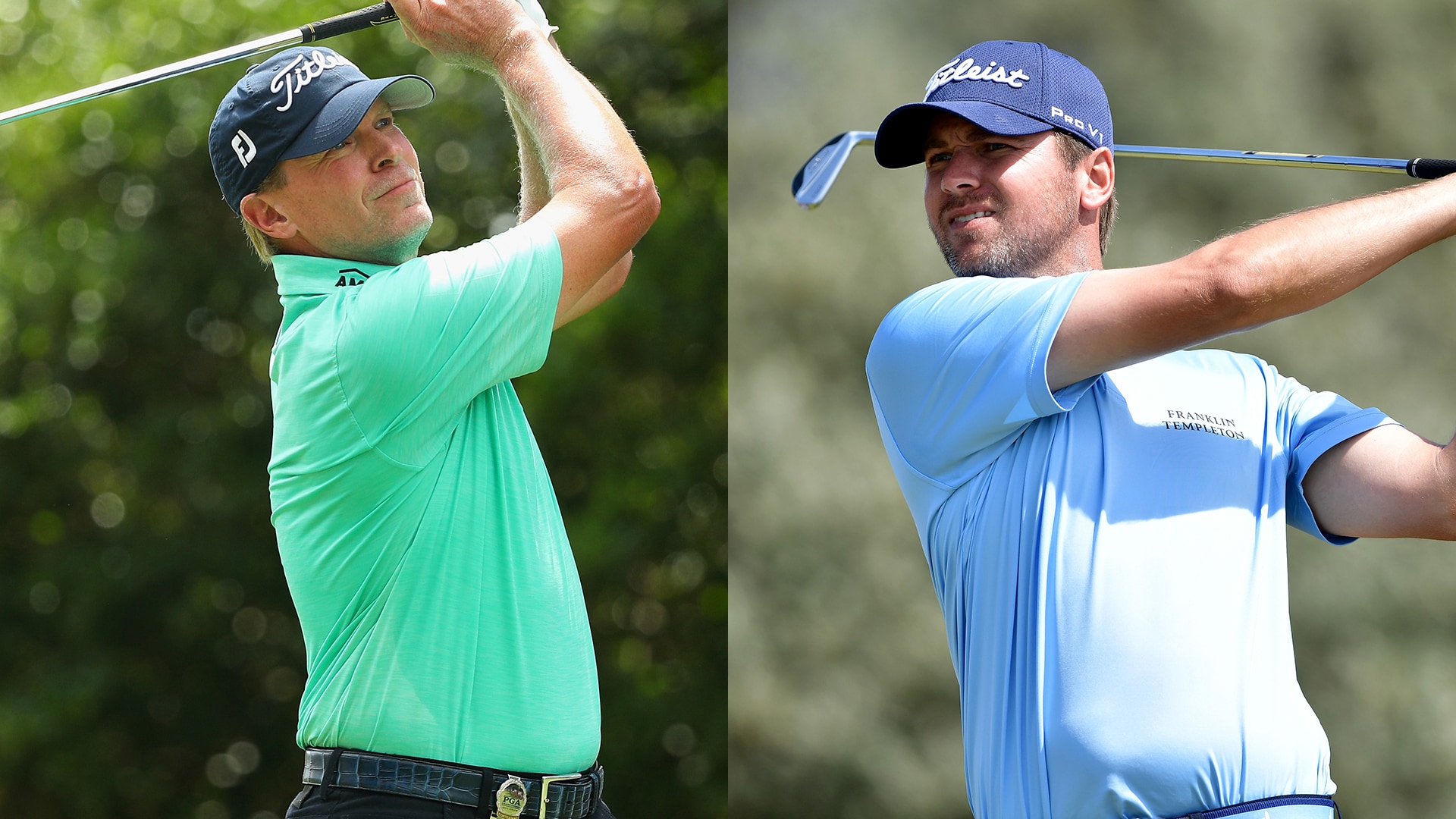 It may not count in the official tally, but Steve Stricker is once again in the winner's circle on the PGA Tour.

Stricker teamed with Sean O'Hair to win the two-person QBE Shootout, as the duo combined for a better-ball 64 in the final round to finish two shots clear of Graeme McDowell and Shane Lowry. It's the second win in this event for both men; Stricker won with Jerry Kelly back in 2009 while O'Hair lifted the trophy with Kenny Perry in 2012.

Stricker and O'Hair led wire-to-wire in the 54-hole, unofficial event after posting a 15-under 57 during the opening-round scramble.

"We just really gelled well together," Stricker said. "With his length the first day, getting some clubs into the greens, some short irons for me, we just fed off that first day quite a bit. We felt comfortable with one another."

Pat Perez and Brian Harman finished alone in third, four shots behind Stricker and O'Hair. Lexi Thompson and Tony Finau, the lone co-ed pairing in the 12-team event, finished among a tie for fourth.