Stricker: 'We all expect' Captain Tiger to play Presidents Cup 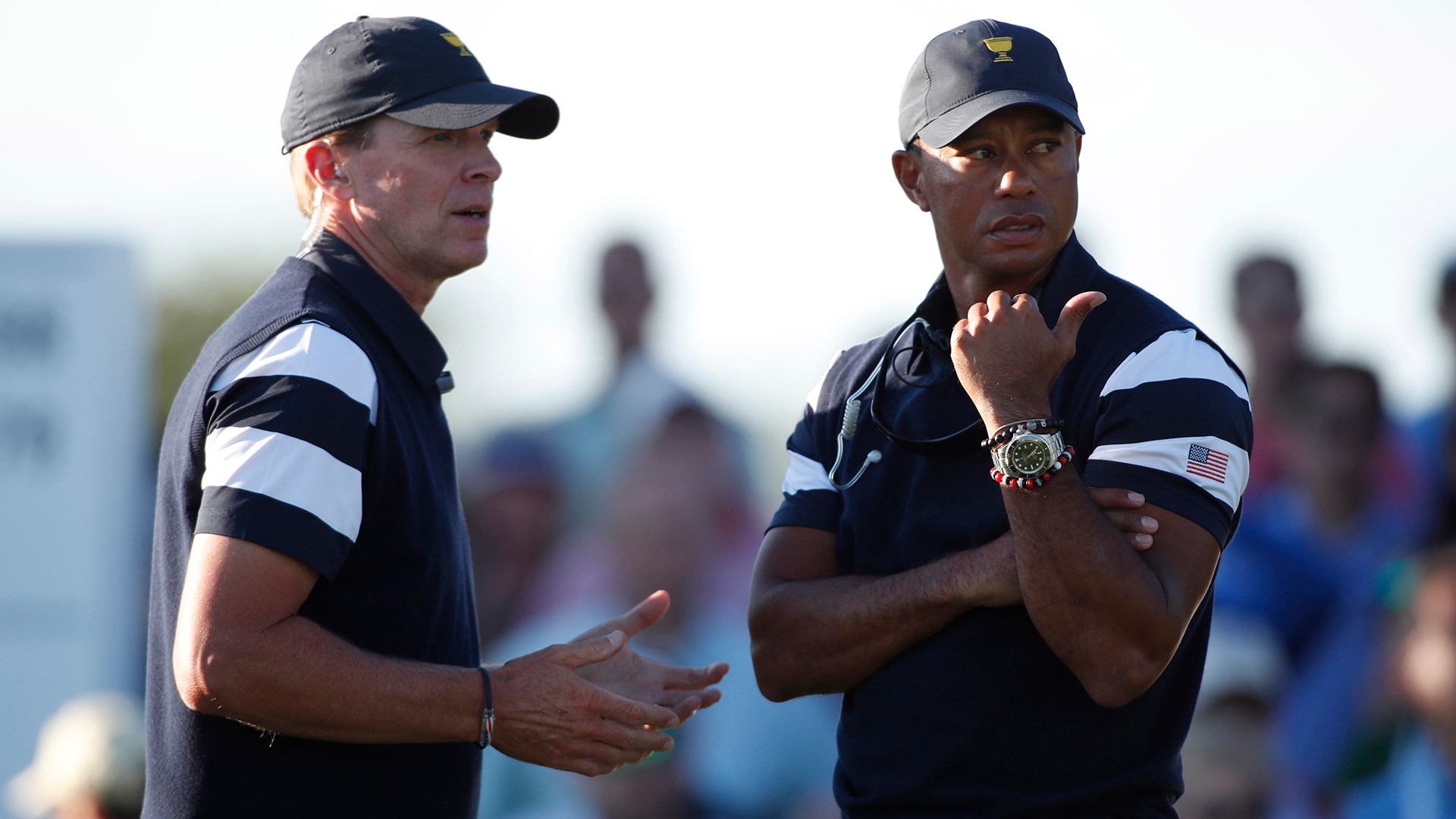 LOS ANGELES – Tiger Woods announced three of his four assistant captains for this year’s Presidents Cup. Filling out the staff is often a formality, but Tuesday’s news may be more significant.

When Woods was named the captain of this year’s U.S. team, he made it clear he intended to lead and play for the American side in December at Royal Melbourne in Australia. Following his victory at last year’s Tour Championship, Woods taking on the role of a playing captain has become even more likely.

Woods, who is currently 20th on the U.S. Presidents Cup point list, named Fred Couples, Steve Stricker and Zach Johnson assistant captains. Couples is undefeated in his three turns as captain of the U.S. Presidents Cup team, and Stricker led the American side to a commanding victory in New Jersey two years ago. It’s the kind of experience that could come in handy if Woods has to pull double duty as a captain and a player at the matches.

“We all expect him to be a part of the team as a player,” Stricker said. “It will add another dimension for all of us to take probably some of the responsibility off of his plate.”

Stricker anticipates Woods would delegate some of his captain’s duties if he were to become a playing captain, but he admits that might be difficult for him.

“He's one of those guys that wants to do it and do it right and put his stamp on it,” Stricker said. “If he makes the team as a player, we're going to have to probably do some more things to take some of that off his plate so he can concentrate on playing and getting those points.”