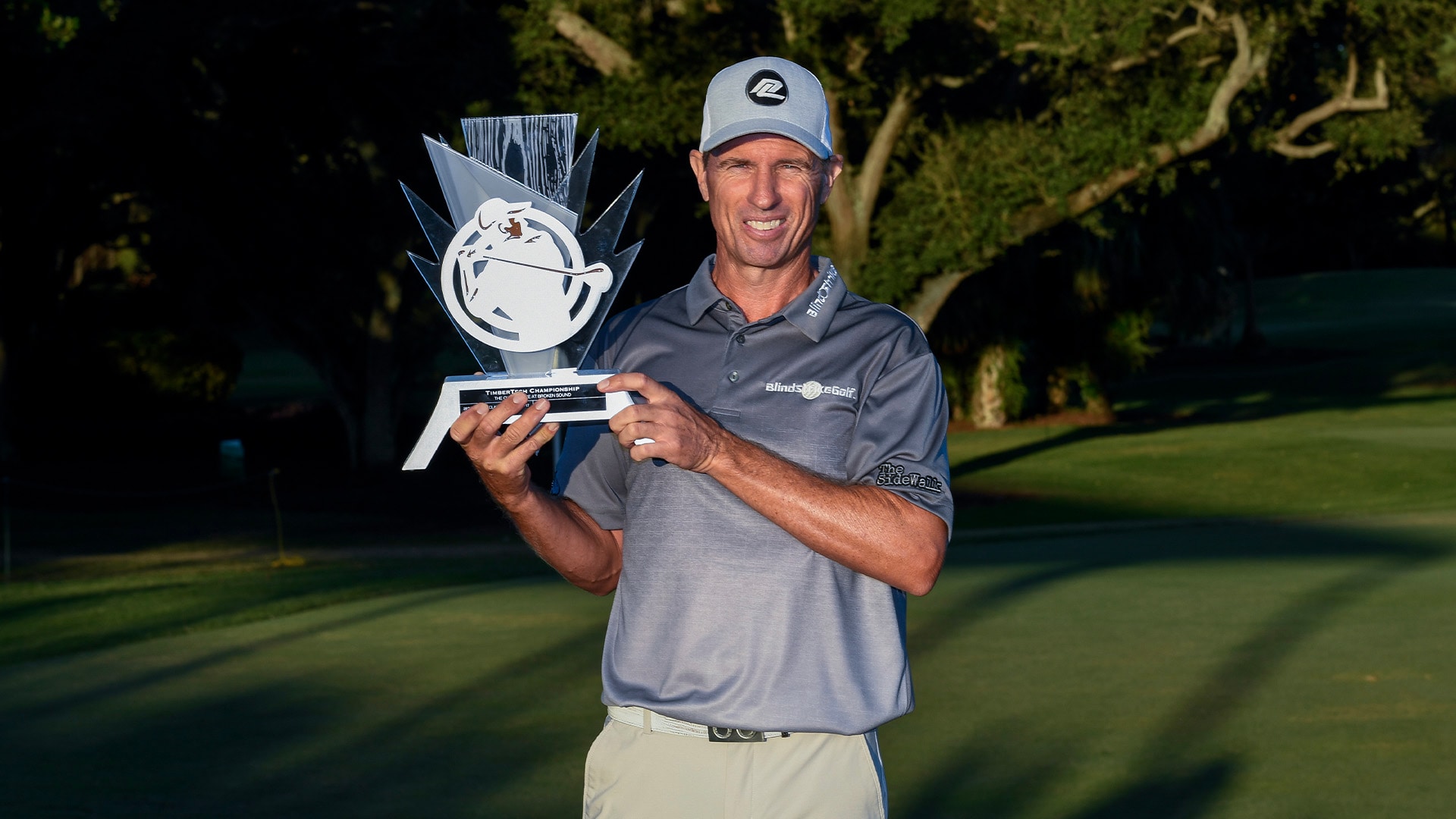 BOCA RATON, Fla. — Steven Alker had to qualify for his first PGA Tour Champions event three months ago and kept playing all the way to the Charles Schwab Cup final.

Alker capped off his amazing run Sunday when he closed with a 4-under 68 for a two-shot victory in the TimberTech Championship, easily moving into the top 36 players who advance to the Charles Schwab Cup Championship.

Locked in a duel with Jim Furyk on the back nine of The Old Course at Broken Sound, Alker holed an 18-foot birdie putt on the 15th hole to take the lead, and then finished with a birdie he didn’t need to win by two over Furyk and Miguel Angel Jimenez.

Alker won $305,000, pushing his total to $896,207 in just nine tournaments since he qualified for the Boeing Classic outside Seattle in late August for his Champions debut.

That’s more than the Kiwi made in his entire career on the PGA Tour, which featured only three full seasons as he toiled on the Australasian and European tours and spent a fair bit of his time in America on what now is the Korn Ferry Tour.

He finished at 17-under 199 and moved from No. 46 to No. 22 in the Schwab Cup standings, which accounts for the last two years because time off from the pandemic led to a “super season” for the 50-and-older set.

Alker turned 50 on July 28 and two weeks later qualified for the Boeing Classic. He tied for seventh, which earned him a spot in The Ally Challenge the following week for being in the top 10. He finished third there, and four more top 10s followed.

By the time Alker finally finished out of the top 10 — a tie for 16th in North Carolina — he was eligible for the tour’s postseason. And in the second of three events, he cashed in.

Bernhard Langer goes to the final event next week in Phoenix as the No. 1 seed followed by Furyk, who could have at least closed the gap on the 64-year-old German by winning.

Jimenez birdied the 18th for a 66 and is No. 3 in the Schwab Cup. Petrovic shot 74 and was never in the mix along the back nine.

Shane Bertsch was the only player who fell out of the top 36, replaced by Alker performing well, just like he’s been doing the last 12 weeks. 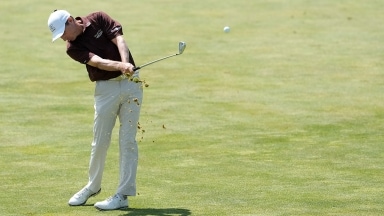 Steven Alker shoots 64 as he looks to back up his Senior PGA Championship with another victory. 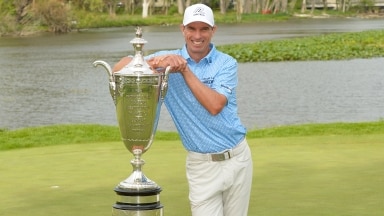 Ten months ago, Alker was about to turn 50 without any guarantees of getting on the Champions tour. Now he's a major champion. 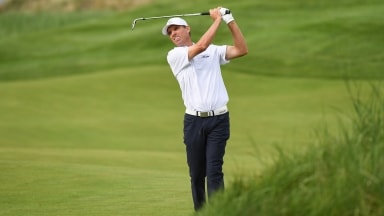 Steven Alker and Bob Estes are tied for the lead after the first round of the KitchenAid Senior PGA Championship.