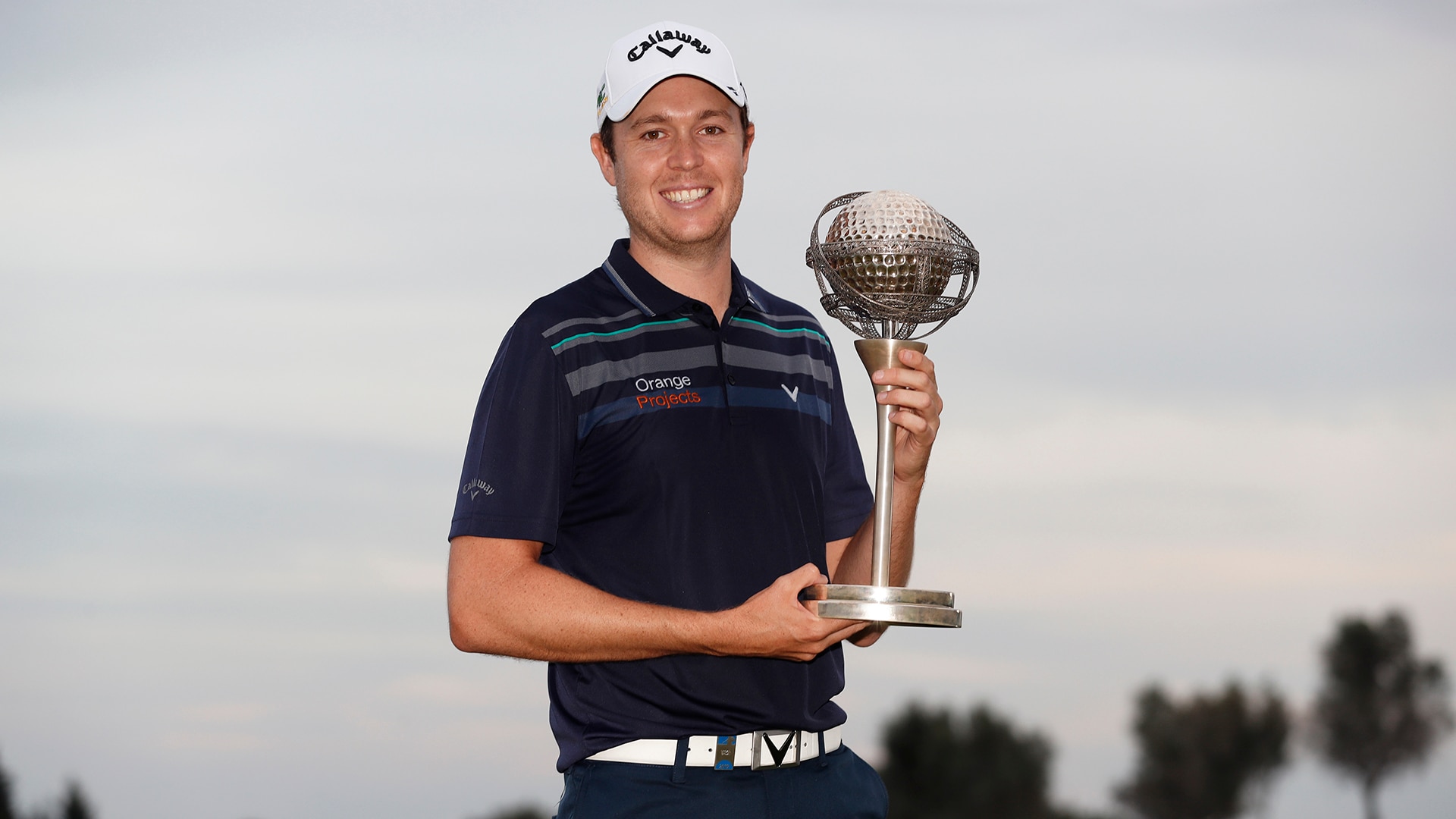 The Englishman shot 5-under 66 in the final round to finish one stroke ahead of South African pair Justin Walters (66) and Brandon Stone (70).

Full-field scores from the Portugal Masters

Brown made par or better on each of his last 36 holes. He hit three birdies and an eagle on the par-5 12th to move from three shots off the lead before Sunday's round to the top of the board with 17-under 267 overall.

"You just never know with this game," the 32-year-old Brown said. "It's crazy to think how well I've played the last month to how bad it was the first two-thirds of the year. I never thought this was going to happen.

"The last few weeks I've had a calmness in my head. Even today, I liked the fact that I had to go for it and I wasn't just trying to have a good result. That's probably the difference."