Still hurt by Evian loss last year, Olson back in the mix 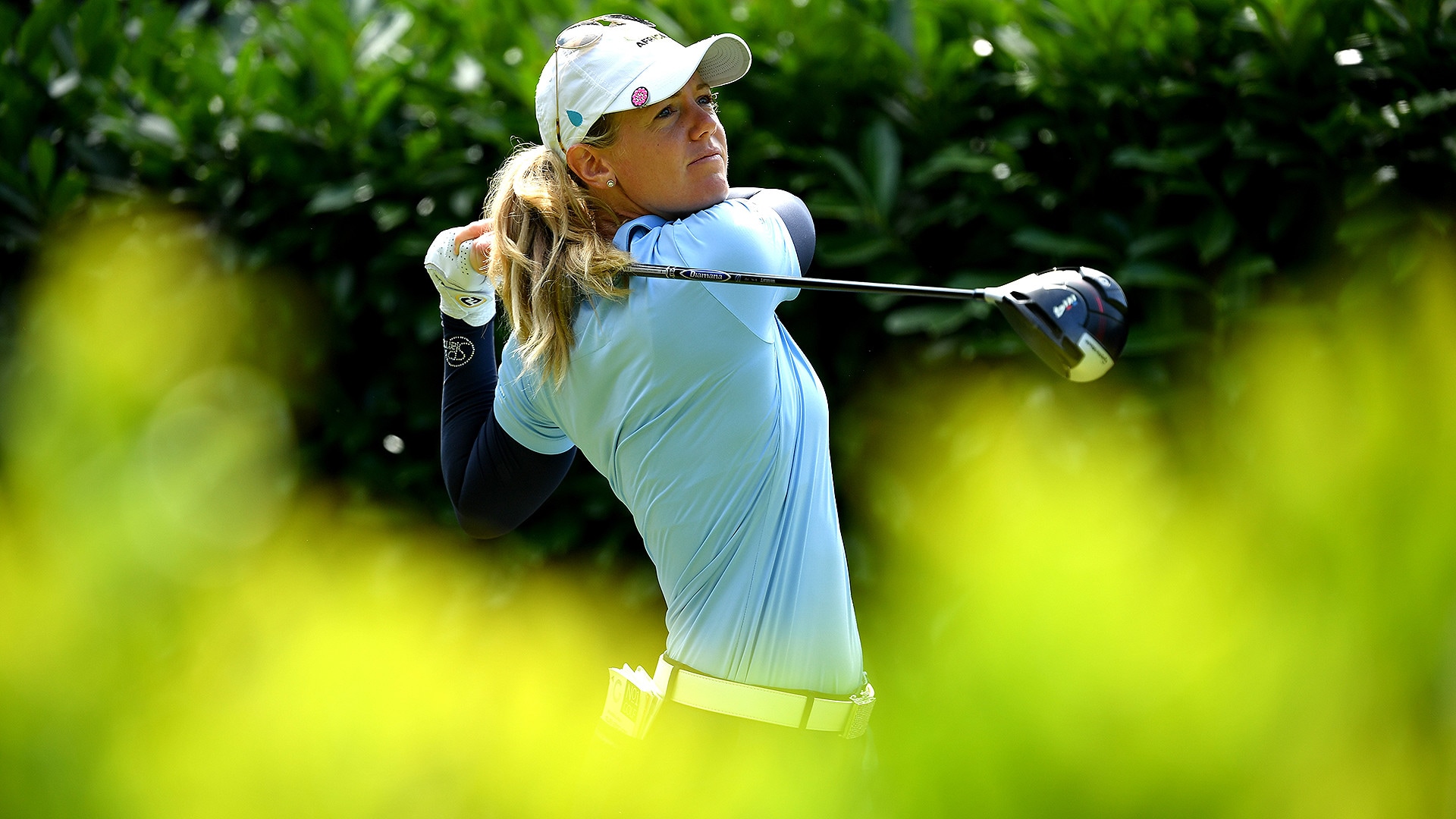 Amy Olson put herself in weekend position to make some better Sunday memories at the Evian Championship.

Olson, who was playing so steadily last year in a bid to make her first LPGA victory a major, ultimately left France aching over a double bogey at the 72nd hole. She had a one-shot lead going to the last, but watched Angela Stanford walk away with the trophy.

She’s looking for another chance after a 5-under-par 66 Friday moved her four shots off the lead through the morning wave.

Olson was asked how she felt returning to the championship.

“A little bit of mixed feelings, I guess,” she said. “Obviously, I played well last year, but, also, I guess a little bit of just excitement, to get the tournament started and move on.

“Golf teaches you to move forward, and this is kind of part of that for me right now.”

Olson handled the loss with such grace last year, but she said it stayed with her.

“I always say, after a missed cut, it takes me about 45 minutes to just settle down,” Olson said. “That one took me a good two days. I'm not going to say it still doesn't hurt. I would still love to go back and change things. You can't, and that's just part golf.”

Olson is looking to turn around a spell of poor play. She entered this week coming off four consecutive missed cuts.