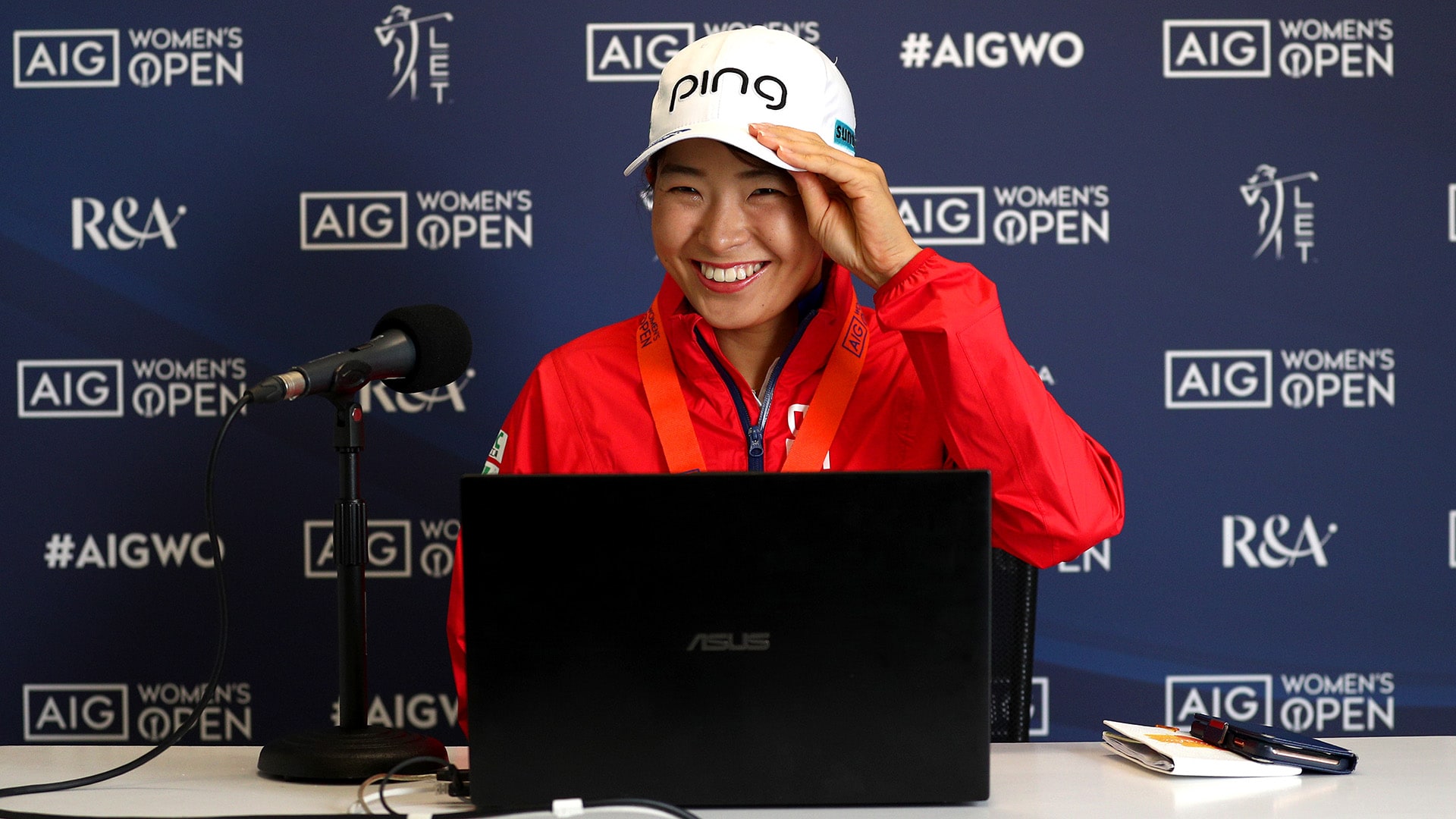 Hinako Shibuno without fans in her title defense at the AIG Women’s Open this week?

It may be like watching a fireworks’ show in fog.

Or listening to one of opera’s great divas on a transistor radio.

Something’s going to be sadly lost with the women playing this championship at Royal Troon for the first time.

The swiftness of the young Japanese star’s connection with British golf fans as she climbed the leaderboard at Woburn ranked among the best stories in golf last year.

She didn’t speak English, but the Brits made a strong connection with her.

“The Smiling Cinderella” showed just why she earned that moniker in Japan.

She proved to be as much an entertainer as she was a world-class player.

“I've always been conscious of keeping a smile on my face while I'm playing, but after winning the Women's Open last year, it made me realize, once again, the importance of playing with a smile,” she said through a translator.

England’s Laura Davies, a World Golf Hall of famer, loved the way Shibuno engaged the Brits, with her body language, with high fives and with autographs for kids.

“It didn’t seem to matter where she hit it – although she hit it really well the whole time – she just had that infectious smile going,” said Davies, who will do some analysis for Golf Channel this week. “I think the whole gallery around the 18th was willing that [last] putt in.”

Shibuno rammed in an 18-foot birdie putt at the last to beat American Lizette Salas by a shot, joining Chako Higuchi as the only Japanese players to win a major championship.

“She captured the hearts of the English golf fans,” Davies said.

Golf Channel’s Jerry Foltz followed Shibuno as an on-course reporter through the weekend.

“Nobody had ever heard of her, unless they followed golf really, really closely and had a good translator app on their Japanese Tour website,” Foltz said. “She just won them over with her pace of play, with her demeanor on the course, with the gutsy, gutsy shots she hit time and time again.

“While everybody kept expecting her to go away, she didn't.”

A fan-less Open won’t be the only challenge for Shibuno this week as she seeks to become the first player to win this major in back-to-back years since Yani Tseng in 2010 and ’11.

She will get a taste of real links golf in Scotland, with brisk winds expected on Thursday, and then strong, gusty winds on Friday, with some heavy showers also expected in the second round.

Royal Troon, with its famed postage stamp hole, with its gorse, dunes and deep bunkers, will be especially challenging if the weather’s coming in as hard as predicted.

It’s tough to smile in the kind of conditions that appear headed Troon’s way.

She arrived last week, for the Aberdeen Standard Investment Ladies Scottish Open. She missed the cut at the Renaissance Club, with rounds of 77 and 79.

“This week, it's going to be windy, and there's some rain to be expected, and the course is going to play out very differently, depending on the wind,” Shibuno said. “I'm going to have to play smart, but at the same time, as defending champion, I'm going to enjoy. Also, I want to show a new part of the game, some new part of my game this year.”

Shibuno chose not to take up LPGA membership after her AIG Women’s Open victory last year, but she continued to play well in Japan. She won twice on her home tour after Woburn and ranks No. 13 in the Rolex Women’s World Rankings this week. She has played just twice this year.

“I’ve been fully preparing myself to play well,” she said. 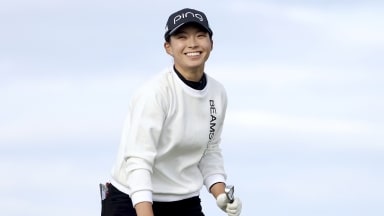 Hinako Shibuno trails Ashleigh Buhai by five shots entering Sunday at the AIG Women's Open, and if she's going to track down Buhai, she'll need a little help from a friend: the wind. 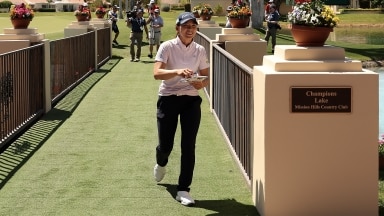