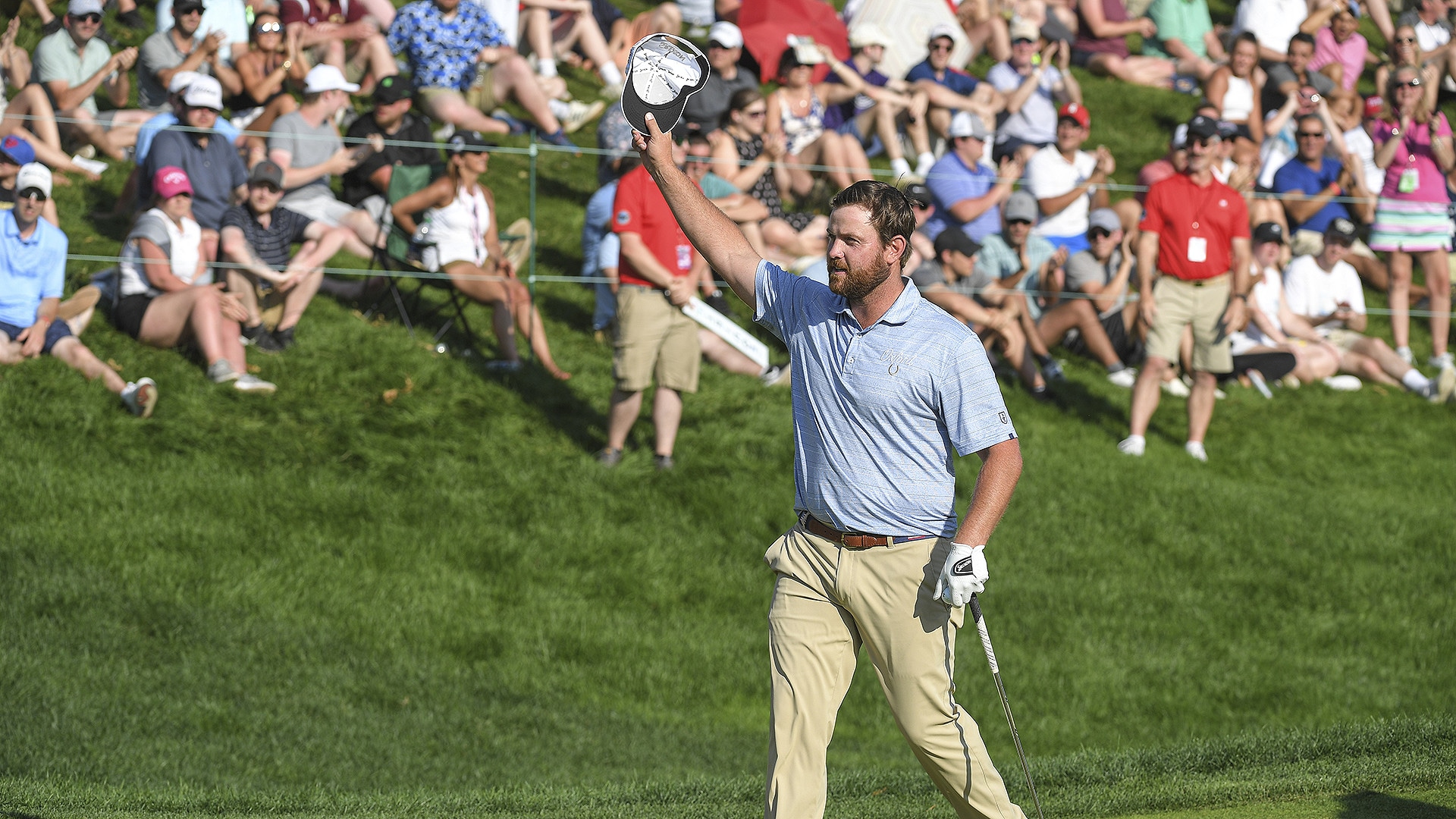 Hannah Green (+7%): The most impressive part of Green’s victory at the Women’s PGA wasn’t her ball-striking or her scrambling or her clutch putting. It was the fact that the second-year pro, contending in a major for the first time, led wire to wire and never surrendered her lead on the final day, even with some big-time players closing in. Stout!

“Short” courses (+6%): People dig the long ball, so the PGA Tour will continue to send its bashers out onto marathon tracks. But golf is infinitely more interesting when it’s played from 6,841 yards, as it was last week at the Travelers Championship, and accordingly the leaderboard featured everyone from short-hitting Chez Reavie to rock-solid Paul Casey to big-bopping Jason Day. Good stuff.

Zack Sucher (+5%): At times it’s easy to forget that PGA Tour golf isn’t all private jets and five-star hotels, which is why Sucher’s story – journeyman pro battling injuries and taking out loans to bet on his own success – is so easily embraced. Now fans will cheer him on the rest of the season.

Erik Compton (+3%): Almost 40, Compton could have faded from the spotlight, but instead the two-time heart-transplant recipient is still toiling away on the PGA Tour’s developmental circuit, trying to earn his way back to the big tour. He’s another step closer, after holding the 54-hole lead and losing in a playoff.

Bryson (+1%): It’s been a rough go of late for the Mad Scientist, but his T-8 at the Travelers was his best result in a full-field Tour event since his win in Vegas ... last fall.

Ariya Jutanugarn (-1%): With a chance to hunt down an unproven player over the weekend at a major, the former world No. 1 and 2018 All-Everything retreated, shooting a birdie-free 77 on Sunday. Surprising.

Non-major Brooks (-2%): Koepka’s dead-tired T-57 at the Travelers was a reminder of just how much majors take out of the best players, especially when they’re constantly in contention, as he is. If Koepka is fried now, that’s a problem, because he’s looking at a season-ending stretch in which he could play six times in nine weeks.

LPGA parity (-3%): Eleven different winners in the last 11 majors? Great in the short term, as it introduces the golf world to a bevy of new champions and backstories. But for long-term growth in a niche sport, there needs to be defined superstars and storylines – and that’s what the LPGA lacks at the moment.

Matt Wallace (-6%): The hotheaded Englishman’s on-course behavior was once again a topic of conversation, after he got up in his caddie’s grill following two water balls on the 18th hole at the BMW International Open. Following Jordan Spieth’s testy exchange a few weeks ago, the social-media comments toward Wallace were unkind, to say the least.

Michelle Wie (-7%): It’s a head-scratcher why she continues to put herself through the grind of a major championship test if her wrist/hand injury clearly isn’t ready. Just shut it down until early 2020 and try again – that’s the only way to know, for sure, if it’s the end of the road competitively.