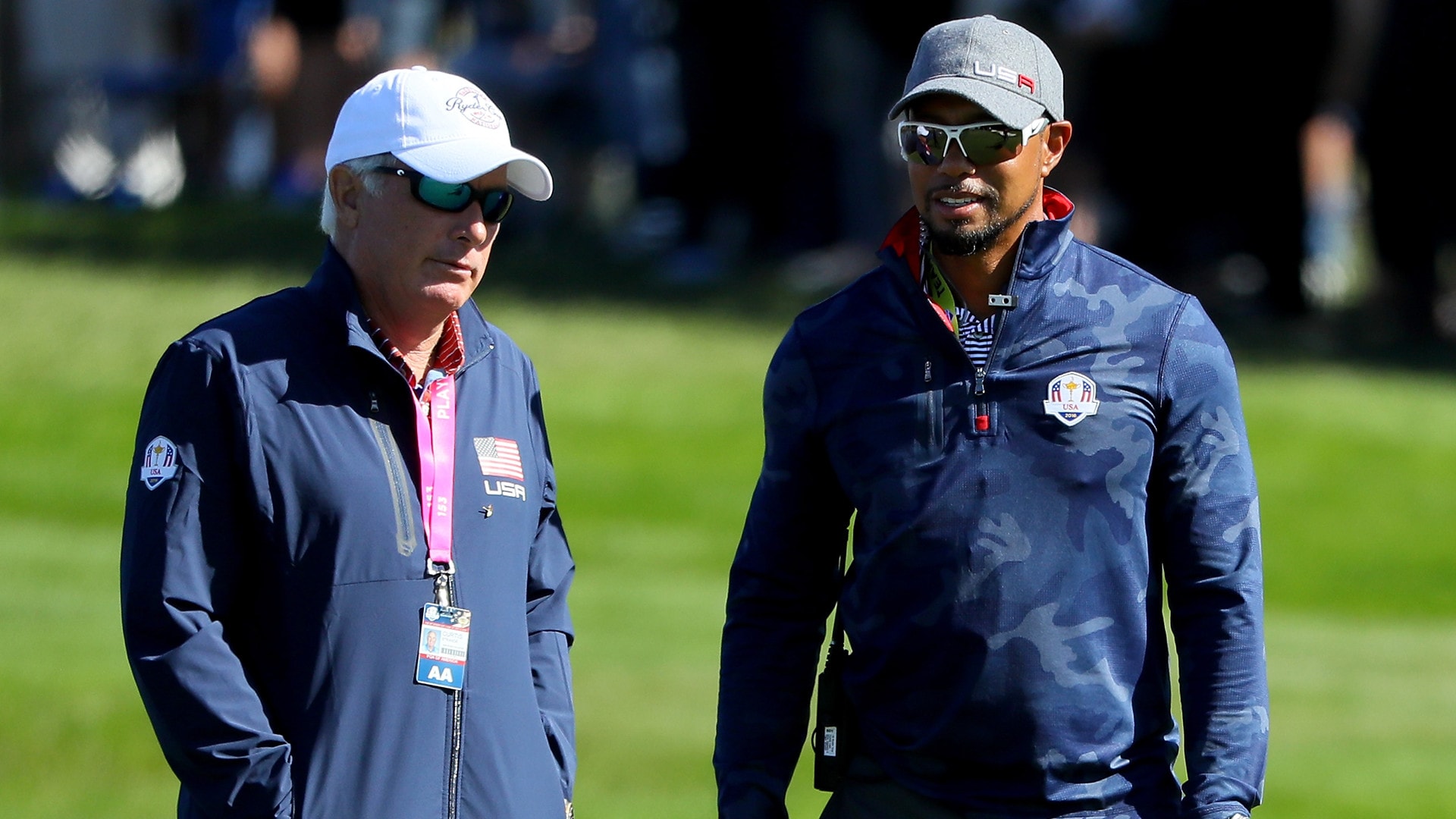 Jon Rahm (+9%): This should put his whirlwind 17 months in the proper context: Rahm (38) has earned four worldwide titles in 25 fewer starts – or a full season quicker – than Jordan Spieth (63). This kid is special.

Tommy Fleetwood (+7%): Putting on a stripe show in windy conditions, the Englishman defended his title in Abu Dhabi (thanks to a back-nine 30) and capped a 52-week period in which he won three times, contended in majors and WGCs, and soared inside the top 15 in the world.

Sergio (+3%): Some wholesale equipment changes require months of adjustments. In Garcia’s case, it didn’t even take one start, as the new Callaway staffer dusted the field by five shots in Singapore.

Rory (+2%): Sure, it was a deflating Sunday finish, as he shot his worst round of the week and got whipped by Fleetwood, but big picture he looked refreshed and built some momentum for the rest of his pre-Masters slate. That’s progress.

Ken Duke (+1%): Looking ahead to the senior circuit, Duke, 48, still needs a place to play for the next few years. Hopefully a few sponsors saw what happened in Palm Springs, because his decision to sub in for an injured Corey Pavin for the second and third rounds – with nothing at stake but his amateur partner’s position on the leaderboard – was as selfless as it gets.

Phil (-2%): All of that pre-tournament optimism was tempered by the reality of his first missed cut to start the new year since 2009. Now ranked 45th in the world, his position inside the top 50 – a spot he’s occupied every week since November 1993 – is now in jeopardy.

Careful What You Wish For (-3%): Today’s young players might (foolishly) wish they could have faced Woods in his prime, but they’ll at least get a sense this week of the spectacle he creates. Playing his first Tour event in a year, and following an encouraging warmup in the Bahamas, his mere presence at Torrey is sure to leave everyone else to grind in obscurity.

Curtis Strange (-5%): The two-time U.S. Open champ took exception with the chummy nature of the CareerBuilder playoff, with Rahm and Andrew Landry chatting between shots. “Are you kidding me?” Strange tweeted. “Talking at all?” The quality of golf was superb, so clearly they didn’t need to give each other the silent treatment to summon their best.

Brooks Koepka (-8%): A bummer, the 27-year-old heading to the DL just as he was starting to come into his own. The partially torn tendon in his left wrist is expected to knock him out of action until the Masters, but who knows how long it’ll take him to return to game shape.