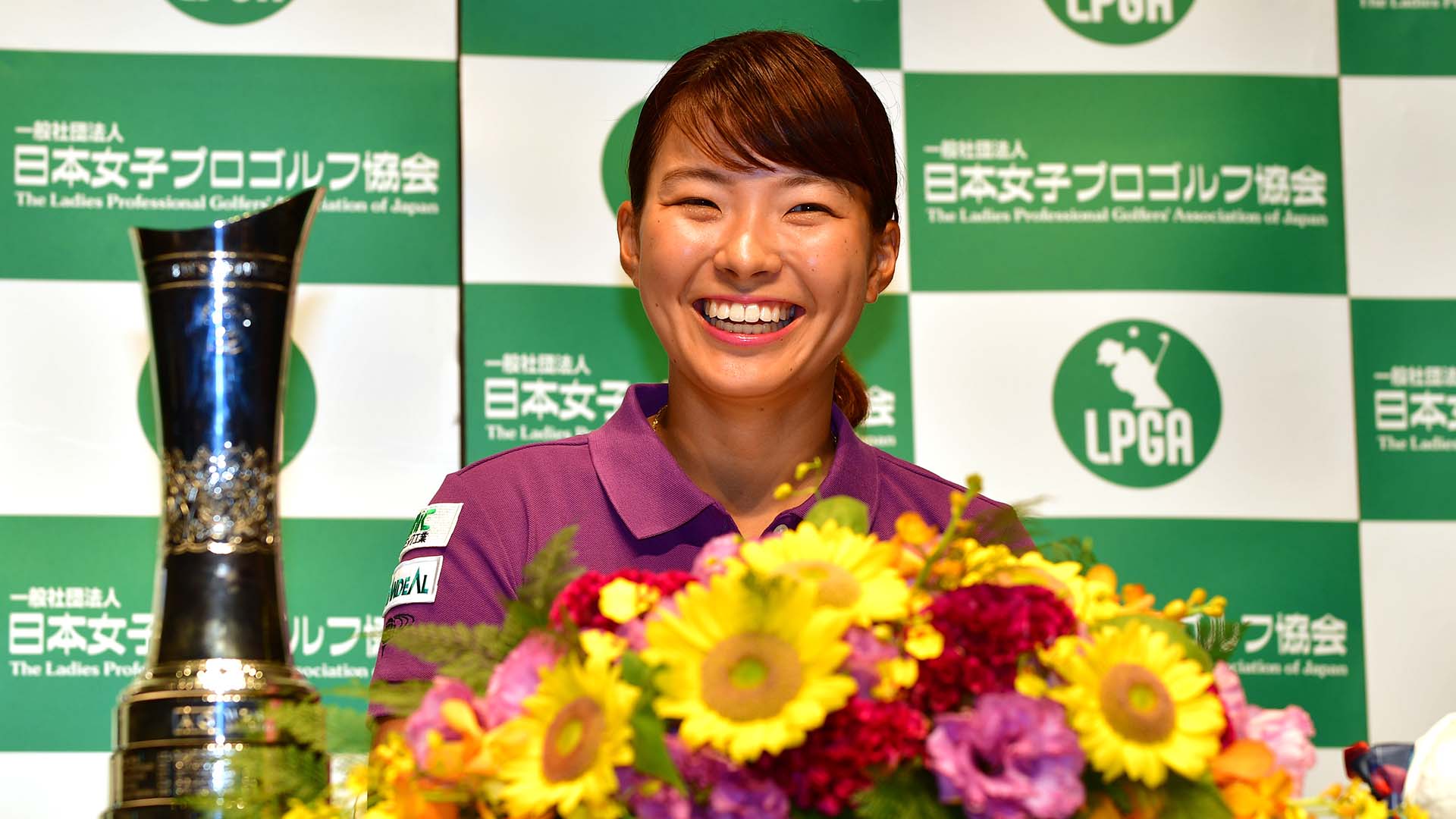 Hinako Shibuno (+9%): With a quick pace of play, disarming smile and flashy game, the 20-year-old became one of the revelations of the entire golf season, capturing the Women’s British Open in her first start outside of Japan. Hopefully we see more of her soon in the States, because there’s a lot to like about this young stud.

J.T. Poston (+8%): The Postman delivered one of the most impressive performances of the year, going all 72 holes in the regular-season finale without a bogey (sorry, Lee Trevino) to nab his first title.

Viktor Hovland (+5%): He might be the only one keeping calm about how agonizingly close he came to securing his Tour card. The rules need to be revisited – let him keep the precious points he earned as an amateur! – but Hovland is heading off to the Korn Ferry Tour Finals knowing that he can still reach his final destination.

Webb (+4%): Four rounds of 65 or better in Greensboro underscored how consistently excellent he has been this season. Now up to 13th in the world, Simpson has transformed into a world-class player without the benefit of elite length.

Juli Inkster (+2%): You know you’re in good shape as a Solheim Cup captain when one of your presumptive wildcard picks (veteran Morgan Pressel) just recorded her fourth top-6 in the last few months.

Beau Hossler (-1%): Of the guys who lost their card Sunday, the 2016 Haskins Award winner was the most surprising. Big Beau has lost his way with his ball-striking – his strokes gained: tee to green rank is 179th – but this is a temporary setback during what should be a long, fruitful career.

Zach (-2%): Johnson might deny there’s a correlation, but since changing equipment companies at the start of 2016, he’s had four of his worst years as a pro, including rock bottom this season, when he had a single top-10 and finished 153rd in the FedExCup.

Thorbjorn Olesen (-3%): Accused of abusing crew members, groping a female passenger and urinating in the aisle of the plane, it’s safe to say we won’t see ThunderBear on the PGA or European tours for a while.

Jordan (-5%): At the end of another long season, Spieth appears no closer to a swing fix than he was at the start. An offseason of soul-searching awaits.

Lydia Ko (-7%): Only Laura Davies played worse than Ko over the first two days of the Women’s British, a shocking fall from grace for the former world-beater. Ko might one day rediscover her form, but sadly that appears increasingly unlikely.