Stock Watch: It's money time and JT is on the rise 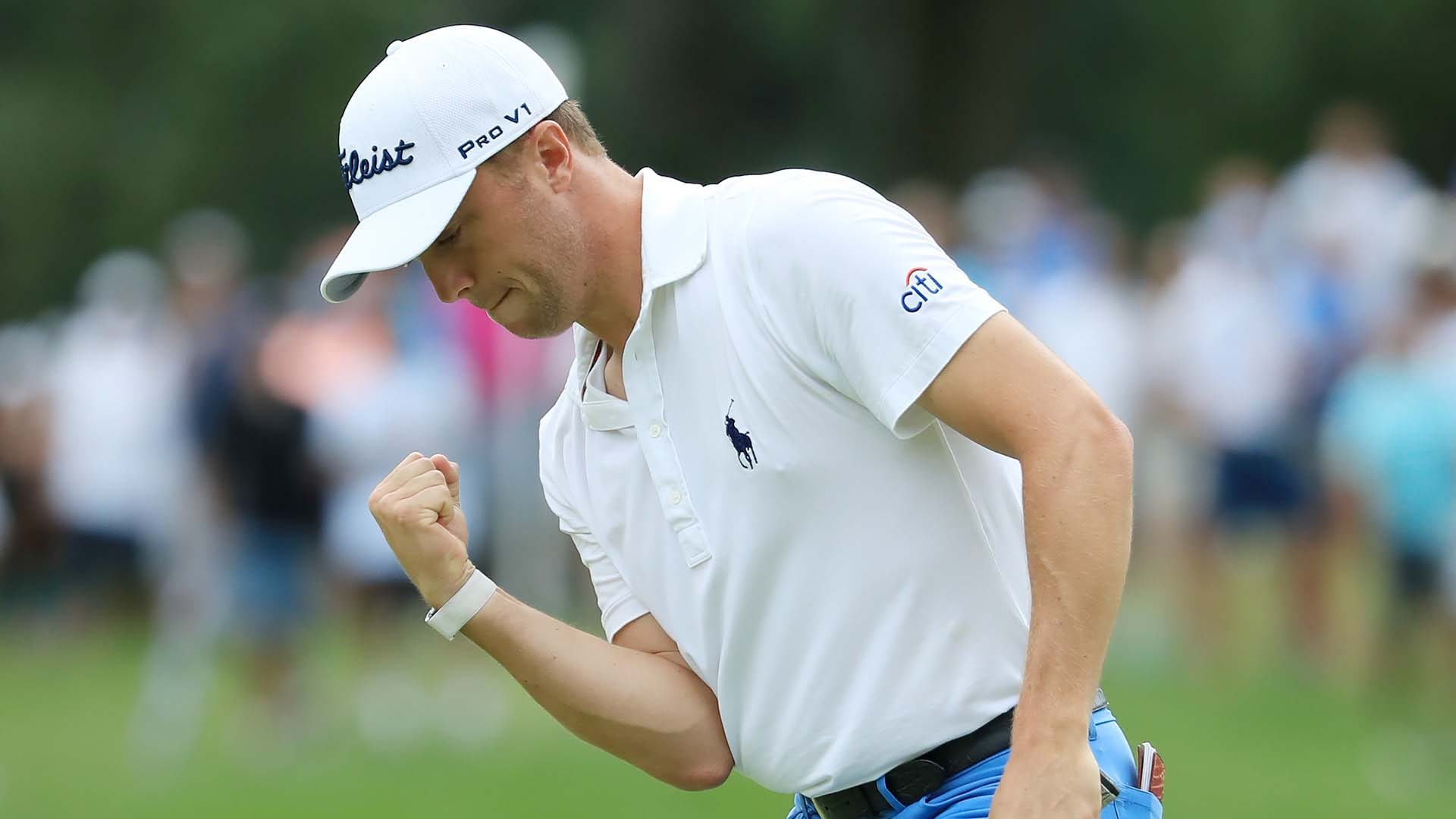 JT (+9%): A wrist injury cost him the bulk of the championship season, but he’s trending at the most lucrative time of the year, with five consecutive top-12 finishes positioning him for the $15 million payday. Back where he belongs among the game’s elite, Thomas is our early pick for 2020 Player of the Year.

European Tour (+7%): Take note, PGA Tour, because Keith Pelley and Co. put forth a new system to crack down on the game’s slowpokes. This year’s BMW PGA will be an interesting experiment to see the potential impact of the revamped policy.

Andy Ogletree (+5%): Few had heard of the unflappable Georgia Tech senior before the U.S. Amateur, but that won’t be the case moving forward – after his gritty, comeback victory at Pinehurst, Ogletree will be exempt into the first three majors of 2020, including a spotlight grouping with Tiger Woods at the Masters.

Beau Hossler (+3%): Turns out Big Beau was without his card for only two weeks, as he earned his way back to the Tour via a tie for second in the Korn Ferry Tour Finals opener. Now THAT’S how you handle a demotion.

Jason Kokrak (+1%): At 34, Kokrak qualified for the Tour Championship – and the following year’s Masters – for the first time after sneaking into the top 30 for East Lake.  Those 13 top-25s paid off.

Chandler Phillips (-1%): The Texas A&M grad hasn’t done much for a year, but he still tweeted that he got “boned” by the USGA and snubbed for a Walker Cup spot. (Play better.) This could make for an awkward few weeks, since he’s currently the first alternate.

Jason Day (-2%): He’s no-showed in the past at the Presidents Cup, but now he’ll require a captain’s pick to play in Australia. So much for captain Ernie Els relying on one of his few veterans.

Playing captain (-3%): Tiger Woods said it’ll be a group decision whether he should tee it up for Team USA at Royal Melbourne but, um, who is going to tell him no? The rest of the U.S. roster idolizes him.

Phil (-4%): Mired in the worst stretch of his career, Mickelson fizzled out in the playoffs and now heads into a fall of uncertainty, his streak of consecutive teams made (24!) seriously in jeopardy.

Weighting (-5%): Only two of the four major champions this season made it to the season finale, despite Woods having four top-10s in a dozen starts. That a major victory is worth just 100 points more than a win at, say, the John Deere Classic – and 1,400 less than a playoff W – seems out of whack.