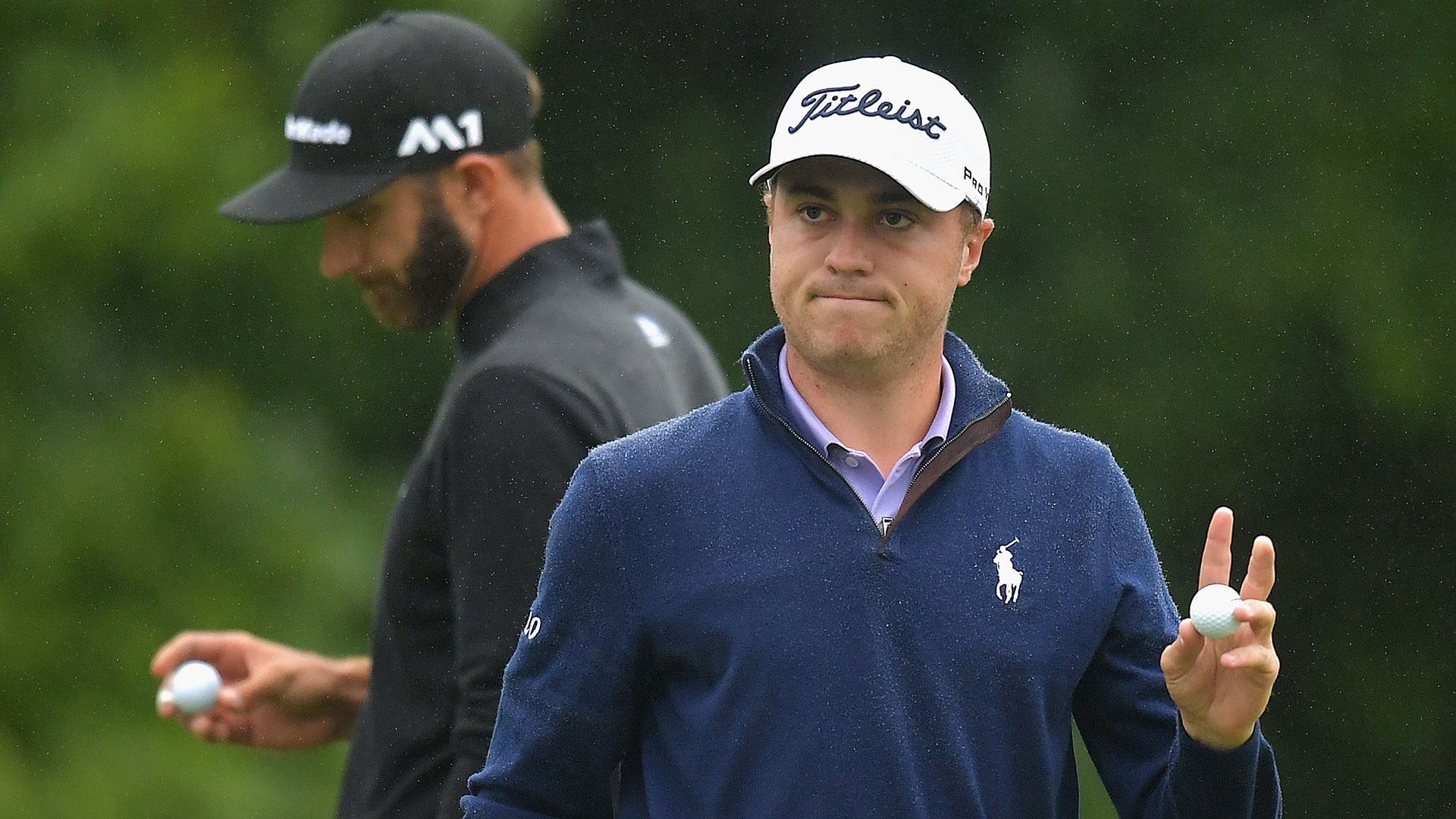 Webb (+8%): Simpson rode a hot putter to a record lead, then did just enough to join an exclusive club of nine players who have won both a U.S. Open and Players title. That’s no fluke.

JT (+5%): The world rankings finally match the eye test – he’s the No. 1 player in the world. But with the talent lined up behind him, Thomas will need to pick up a few more Ws this season to stay on top.

Jimmy Walker (+4%): After a frustrating battle with Lyme disease, Walker finally appears on the other side. He tied for second at The Players, his second consecutive top-5 finish, and his third top-20 in a row.

The Players in March (+3%): The return to the Florida swing is welcome, because the Stadium Course loses some of its strategic elements in the hot, firm and fast conditions. After all, the daunting 18th hole is not designed for a 2-iron tee shot and 8-iron approach.

USA (+2%): Not since Tiger’s one-man wrecking crew in 2001 have the Americans held all four majors and The Players concurrently. That’s an amazing stat for two reasons, really.

DJ (-1%): The change at the top was due more to Thomas’ brilliance than Johnson’s slide. This calendar year, he still hasn’t finished worse than 17th in a stroke-play event.

Duf (-2%): He’s improved on the greens this year, but he still looks horribly uncomfortable – at one point Sunday he stood over the ball for so long that it looked as though the telecast was frozen. Dufner’s pair of three-putts over the last three holes likely cost him a million bucks.

Governing bodies (-3%): Now that he’s emerged from golf purgatory, Simpson can thank the USGA for instituting the anchor ban – he went from above-average with the long wand to a top-5 putter with the Kuchar-claw.

Ineligibility (-4%): PGA Tour member Stephan Jaeger wasn’t eligible for The Players, so he dropped back down to the minors for a week ... and won the Web event. Um, doesn’t that defeat the purpose of a “developmental” tour if this guy has already made it to the big leagues?

Phil (-7%): Wearing a long-sleeve dress shirt in 90-degree heat was just one of several head-scratchers last week. Mickelson also complained, once again, of low energy levels at TPC Sawgrass, and that’s a significant concern with a busy summer upcoming.