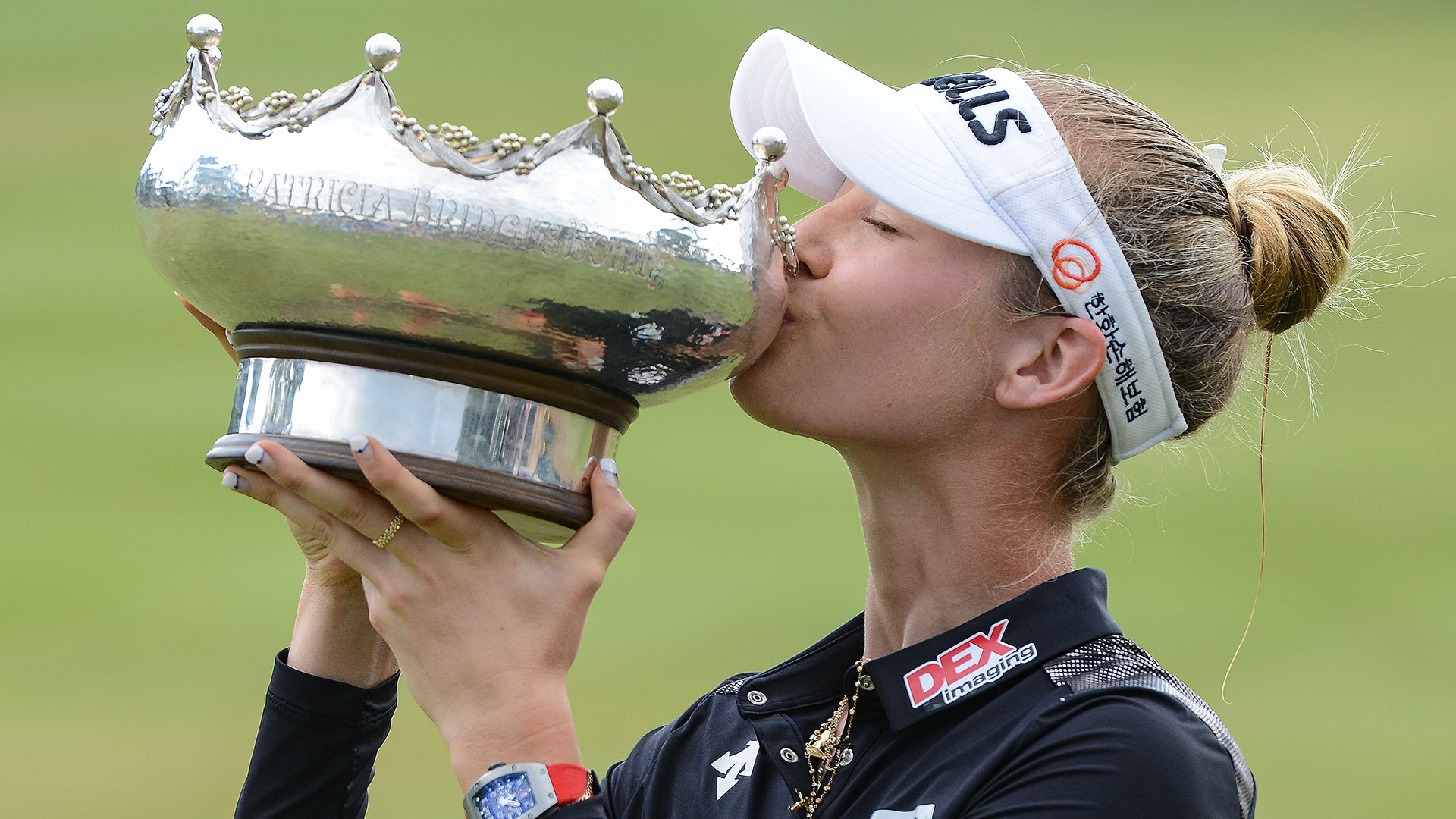 Nelly Korda (+9%): Now up to No. 9 in the world, she has all the makings of the next American star: 20 years old, telegenic, long off the tee and a lights-out putter, and a résumé that is starting to align with the hype.

Jon Rahm (+5%): Looking for a guy who’s primed to blow up this spring? Try Rahm, who earned his seventh consecutive top-10 at Riviera, the longest streak – by far – in golf.

Adam Scott (+4%): Five misses inside 7 feet on the final day cost him a chance to win, but everyone struggled on a blustery day with slick greens. Look at the big picture – he’s now posted four consecutive starts of positive strokes gained: putting for the first time since 2016.

Mav McNealy (+2%): How hard is it to win on the Web? He held the 36-hole lead, shot 8 under on the weekend and STILL finished second, to Mark Hubbard. It was the best finish of McNealy’s young career.

Legs (+1%): Shorts are coming to the PGA Tour, at least during practice rounds. Why it finally took this long, well, we can’t be certain.

Cam Champ (-1%): With zero top-25s in his past five starts, it was a West Coast swing to forget for golf’s new phenom. Which was unfortunate, because the Tour has been relentless in its promotion of him, throwing him into the weekly featured groups.

Jordan (-2%): Spieth can still hang plenty of low numbers, but weekend pressure has exposed the significant holes in his game. Was the Sunday 81 an aberration or a sign of deeper trouble?

Lucy Li decision (-3%): The rules surrounding amateurism are murky, but it doesn’t get much more egregious than Li’s infraction – she appeared in an Apple ad and only asked for forgiveness afterward. Some sort of penalty was warranted here, even if it’s hard to summon any serious outrage.

Matt Kuchar (-5%): It’s time to move on, finally, but the past five weeks of incomprehensibly bad PR will linger for years, if not forever.

Pace of play (-8%): Unless play spills over past 6 p.m., or sponsors complain, or slowpokes start getting swirlies or stuffed into lockers, nothing will change. The PGA Tour has shown, repeatedly, that it has no interest in addressing its slow-play plague, even if the product suffers.