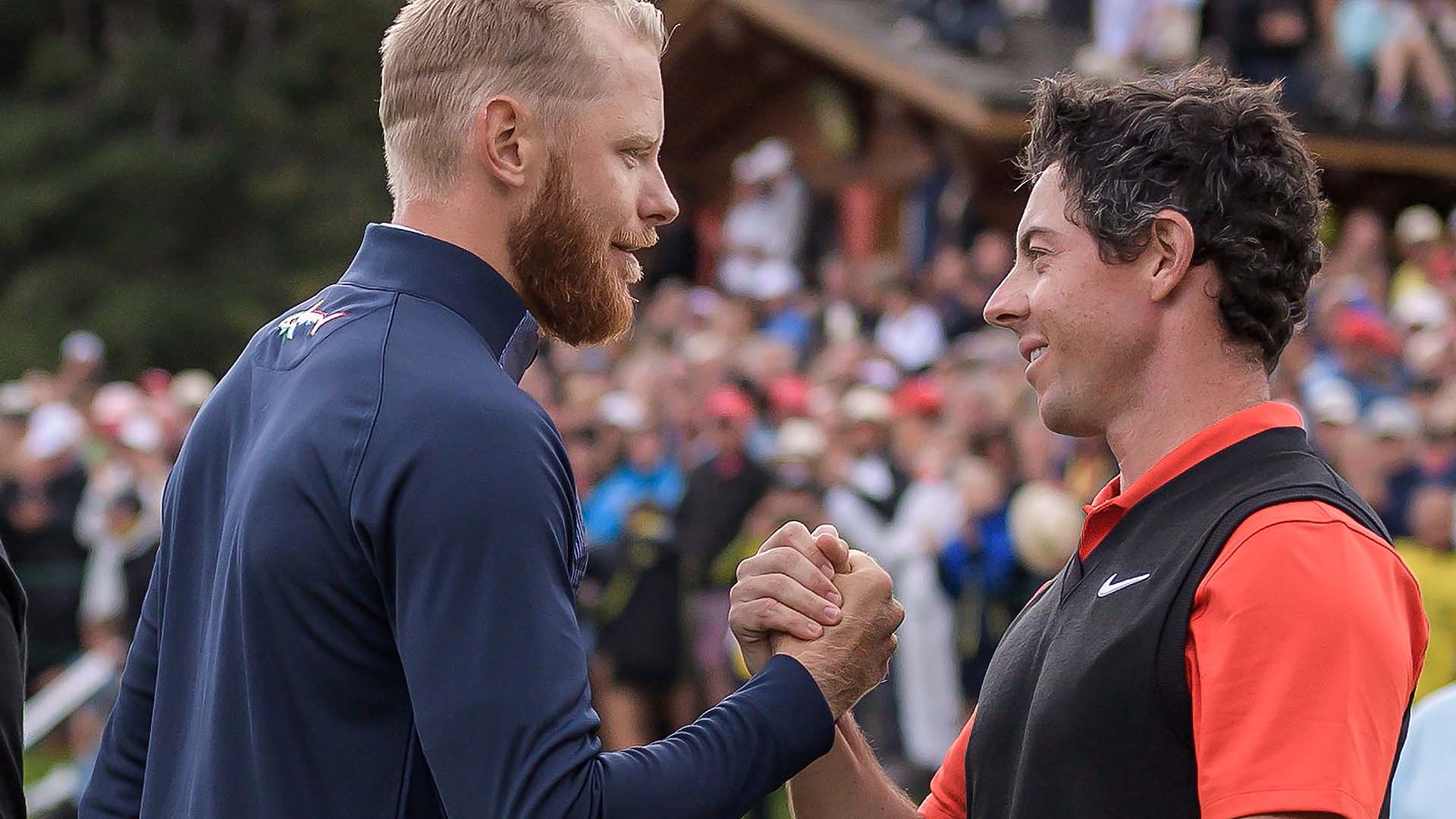 Class of 2019 grads (+8%): It’s difficult to recall a glitzier collection of young studs earning cards: Viktor Hovland, Scottie Scheffler, Robby Shelton, Kris Ventura, Mav McNealy, Doug Ghim and Matthew NeSmith, just to name a few. All of those dudes – every single one of them – did major damage in college. The fall portion of the Tour schedule will be must-see TV.

Rory (+5%): Losing to someone named Sebastian Soderberg was a letdown, but consider: Golf’s newest $15 million man was apparently so content with his fat check that he hopped on a plane to Switzerland, battled through some middle-round fatigue and then rallied with five birdies in the last seven holes to get into a five-man playoff. Brooks Koepka might own the No. 1 ranking, but Rors is the true No. 1.

Chris Baker (+4%): Why is the Korn Ferry Tour Finals a better option than the flukiness of the old Q-School? For second-chance stories like Baker, who spent the past seven seasons in the minors and narrowly missed out on a Tour card during the regular season (No. 26!), then tied for fourth in the finale – including a gutsy par putt on the 72nd hole – to secure his promotion. Good stuff.

Yealimi Noh (+2%): Three ahead with four to play, the 18-year-old non-member bogeyed two of the last three holes to kick away a late lead, but she continued to show that she’s the real deal. In limited action she has a pair of top-6 finishes – clearly, she’s tour ready.

Jin Young Ko (+1%): Going bogey-free for an entire round is impressive. Playing 72 holes without a bogey is nuts. But extending her streak to 114 holes without a dropped shot is historic – topping even the longest mark on the PGA Tour, held by Tiger Woods (110).

Scott McCarron (-1%): The best senior player of the year could have added another title to his collection, but on the 72nd hole Wes Short Jr. received a gift from the golf gods: His long approach into the home hole barely cleared the water and bounced off a rock, landing on the green and leading to a two-putt birdie for the win. Unreal.

Lorenzo Gagli (-2%): All credit for even getting into the Omega Masters playoff, after making three birdies in the last four holes of regulation, but overtime was a disaster: He brained a spectator with his errant tee shot, then rinsed his approach shot to exit stage left.

Juli Inkster’s picks (-3%): So much for Morgan Pressel and Stacy Lewis having a weight lifted once they were selected for Inkster’s American squad. They both missed the cut in Portland.

Blayne Barber (-4%): Those who whiffed on a Tour card now have more than four months to rue their mistakes. That’s rough for Barber, who bogeyed three of his last five holes to fall outside the number.

Justin Harding (-5%): The South African missed the cut in the last event of the Finals, which put his fate in another player’s hands. The difference between Nos. 25 and 26 on the Finals list ended up being 0.125 points – which means that Harding won’t be a Tour member next season. Ouch.