Stock Watch: Pettersen peaks on the way out 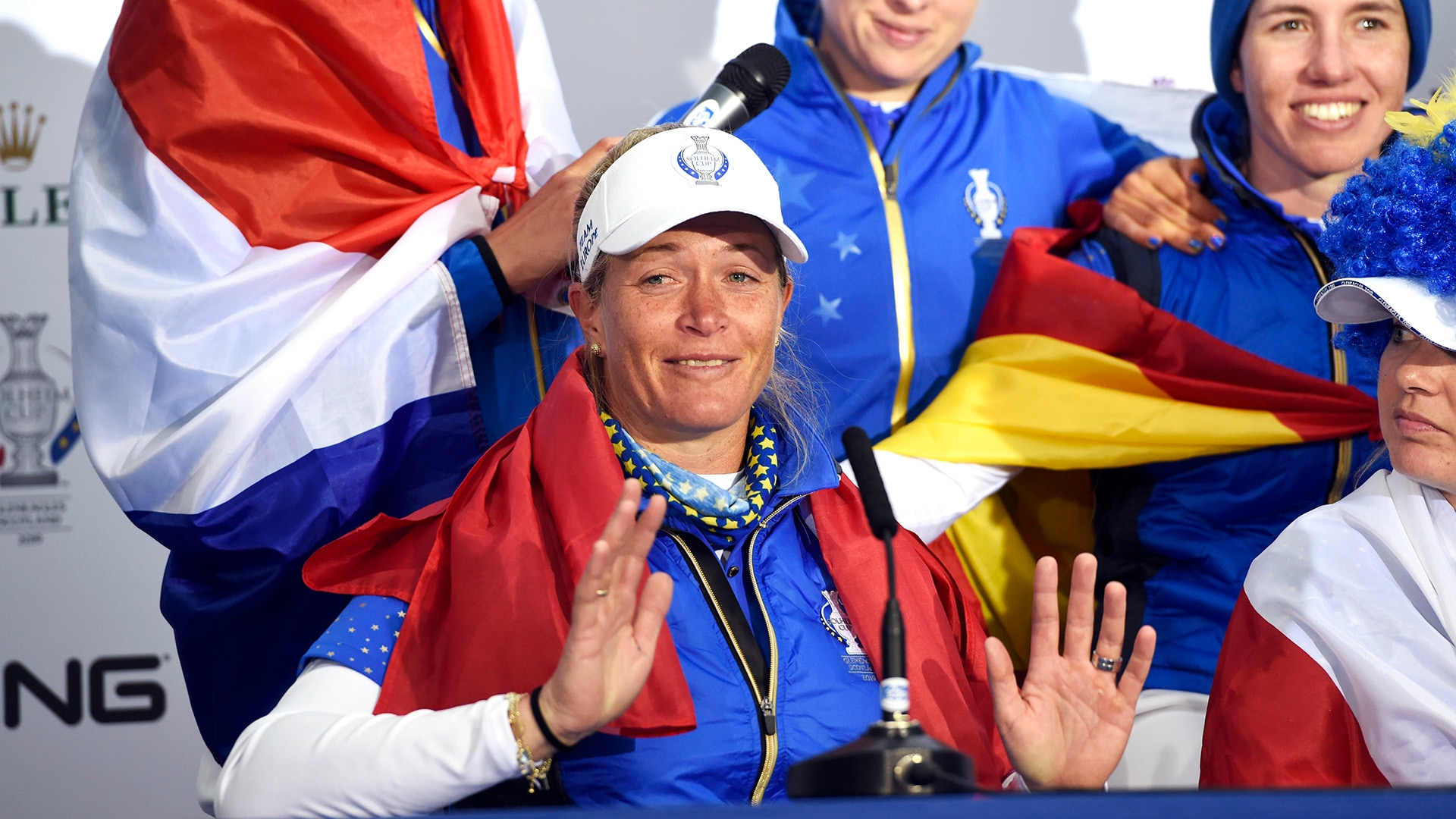 Suzann Pettersen (+10%): It was one of the greatest mic drops in sports history, a walk-off birdie on the final hole of the final match on the final day, sealing a hard-fought victory for the home team. That Pettersen – long one of the fiercest competitors in golf – announced soon after that she was retiring cemented her status as an all-time legend.

Joaquin Niemann (+8%): All of that potential was realized with a runaway victory in the season opener. The 20-year-old Chilean put his name in elite company alongside Seve and Rory as the youngest non-Americans to win on Tour.

Catriona Matthew (+7%): Captains always get too much credit or blame in team competitions, but a tip of the cap to Matthew. She had the guts to pick a rusty veteran, then the smarts to map out a perfect singles lineup that took back the cup.

Korda sisters (+6%): Jessica and Nelly each went 3-0-1 for the Americans, forming a formidable team that should wreak havoc for the next decade. The only disappointment was that the sister act sat out Saturday afternoon.

Viktor Hovland (+2%): With a closing 64 at the Greenbrier, young Hov has now shot in the 60s in his last 17 (!) competitive rounds, tying a Tour record. What a machine.

Lexi (-1%): It’s hard to win when your best player posts a losing record, and Thompson went 0-2-2 while also dealing with back spasms on the final day at Gleneagles.

Juli Inkster (-2%): She’s fun and feisty, elevating the U.S. team over the past six years, but this wasn’t her best performance. Her captain’s picks were uninspired, she broke up the Kordas because they’d “kill each other” (uh, they’re not 14 anymore), and then unveiled a curious singles lineup with unproven players on the back end. They're big shoes to fill, but it’s time to see what someone else (Cristie Kerr?) can do.

Marc Leishman (-3%): The Greenbrier was a week to forget for Leish, who was already bothered by four bulging discs – and that was before he was drilled in the back by an errant shot from one of his pro-am partners. His season-opening WD casts further doubt on his status this fall, and perhaps his participation later this year in the Presidents Cup.

Blogging Tiger (-4%): Predictably, Woods’ habit of signing off as “U.S. Team Captain Playing Captain” on his Presidents Cup blogs required clarification, with the Tour sending out a tweet that Woods has not, in fact, already decided that he’ll be playing and leading at Royal Melbourne. Uh-huh, sure ...