Stock Watch: Who wants to pay to view? 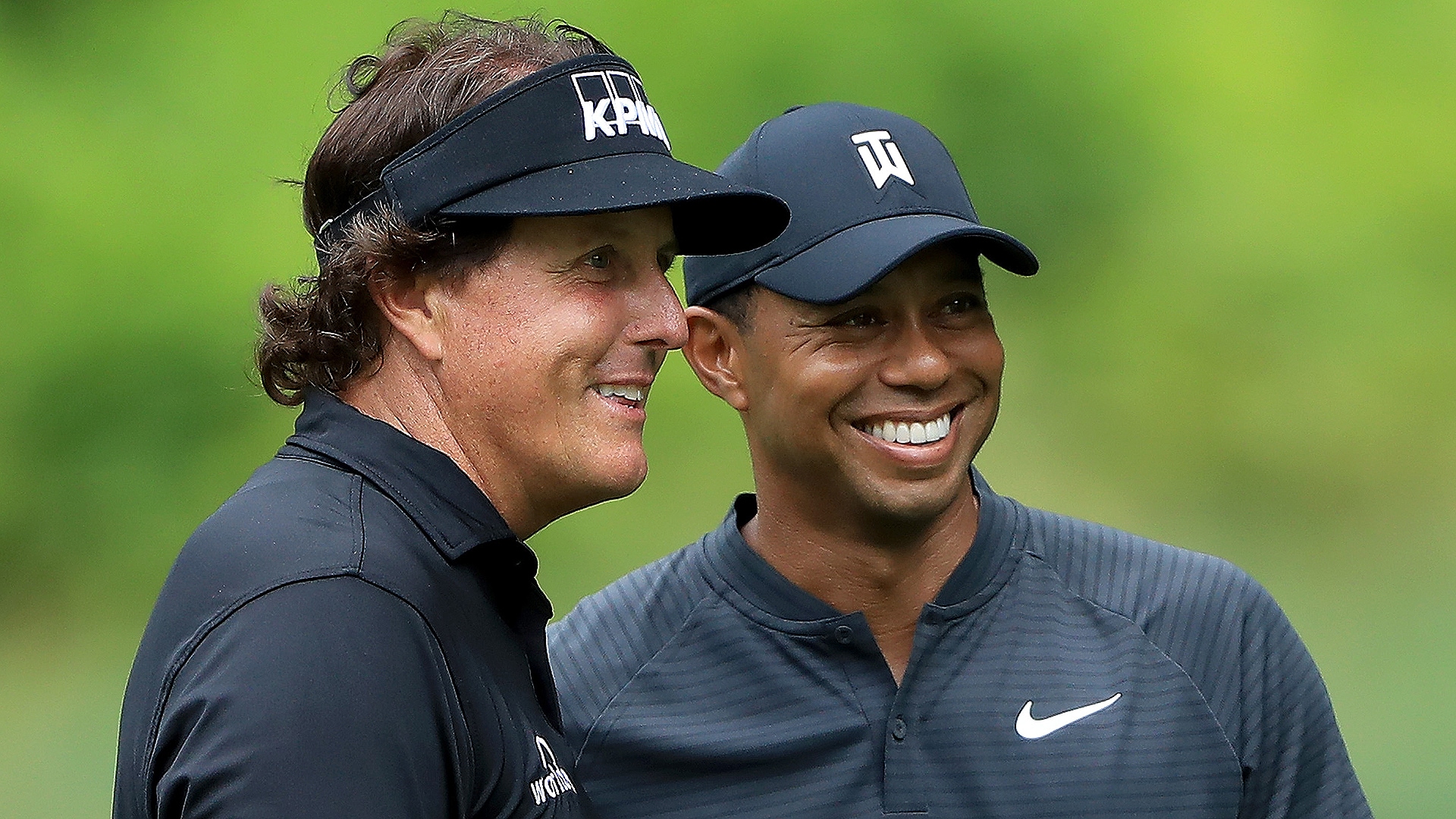 Bryson (+9%): What, you didn’t think he’d find his way out of this mini-slump? DeChambeau is the hardest worker this side of Vijay Singh, and all of those torturous range sessions led to an emphatic victory at The Northern Trust. You have to respect the kid’s game – and grind.

Brooke Henderson (+8%): Her emotional win at home reinforced what we already know about the freewheeling, 20-year-old stud: She’s a major force in the women’s game and a Canadian sports icon. She’s near the top of the list of golfers, male or female, worth the price of admission.

Tony Finau (+4%): Every player in the top 20 of the FedExCup standings has at least one win this season … except for Finau, who has been remarkably consistent, racking up nine top-10s (including in each of the first three majors of the year). He’s been a breakout performer this season, without a breakthrough performance.

Jim Furyk (+2%): His U.S. squad is so loaded that Bryson won two of the strongest events of the year, finished in the top 5 in four others and still needs a pick. The stunning amount of talent on the American side doesn’t guarantee that they’ll make the clutch putts when it matters, of course, but it certainly doesn’t hurt their chances, either.

Thorbjorn Olesen (+1%): Despite a few challenges from Paul Casey and Ian Poulter, Olesen remains in position to secure one of the final automatic spots. He also spared European Ryder Cup captain Thomas Bjorn some grief for selecting a fellow Dane with one of his four wildcard picks.

Rickie (-1%): His strained oblique hasn’t yet healed enough to give it a go in Boston. After slipping from 17th to 22nd in points, Fowler is due to take another tumble after sitting out the second playoff event. At this point, his best course of action may be to rehab and make sure he’s ready for the Ryder Cup.

Tiger’s putting (-2%): For the third time this year, Woods’ work on the greens was nearly-worst-in-the-field awful. Since his stroke looks as solid as ever, maybe Brandel Chamblee was on to something when he suggested over the weekend that Woods’ age (and thus, worsening eyesight) was to blame.

Keegan (-3%): It was an unusual way to shoot 2 under par over the weekend – 62-78, while playing in the final group Sunday – and it may prove costly, as Bradley is now even further away from joining the field at East Lake.

Revamped Tour Championship (-5%): It’s a delicate balance, trying to create an exciting season finale while also crowning the season-long champion, but the Tour’s trial balloon of a 10-under head start for the FedEx No. 1 deserves to get popped. Not only is the idea against the very spirit of tournament golf, but a birdie-bogey swing on the opening hole of a 72-hole tournament potentially could wipe out a season’s worth of good play. There has to be another way of rewarding the top players – a first-round bye in a match-play setting, perhaps – and one or two strokes isn’t it.

“The Match” (-9%): What little interest we had in the 18-hole pillow fight between two aging stars disappeared as soon as they announced that it’ll be on pay per view. It’s greedy and shows a blatant disregard for real golf fans who know that some of the most compelling action all year (the Ryder Cup, NCAAs) occurs when there’s no money at stake.