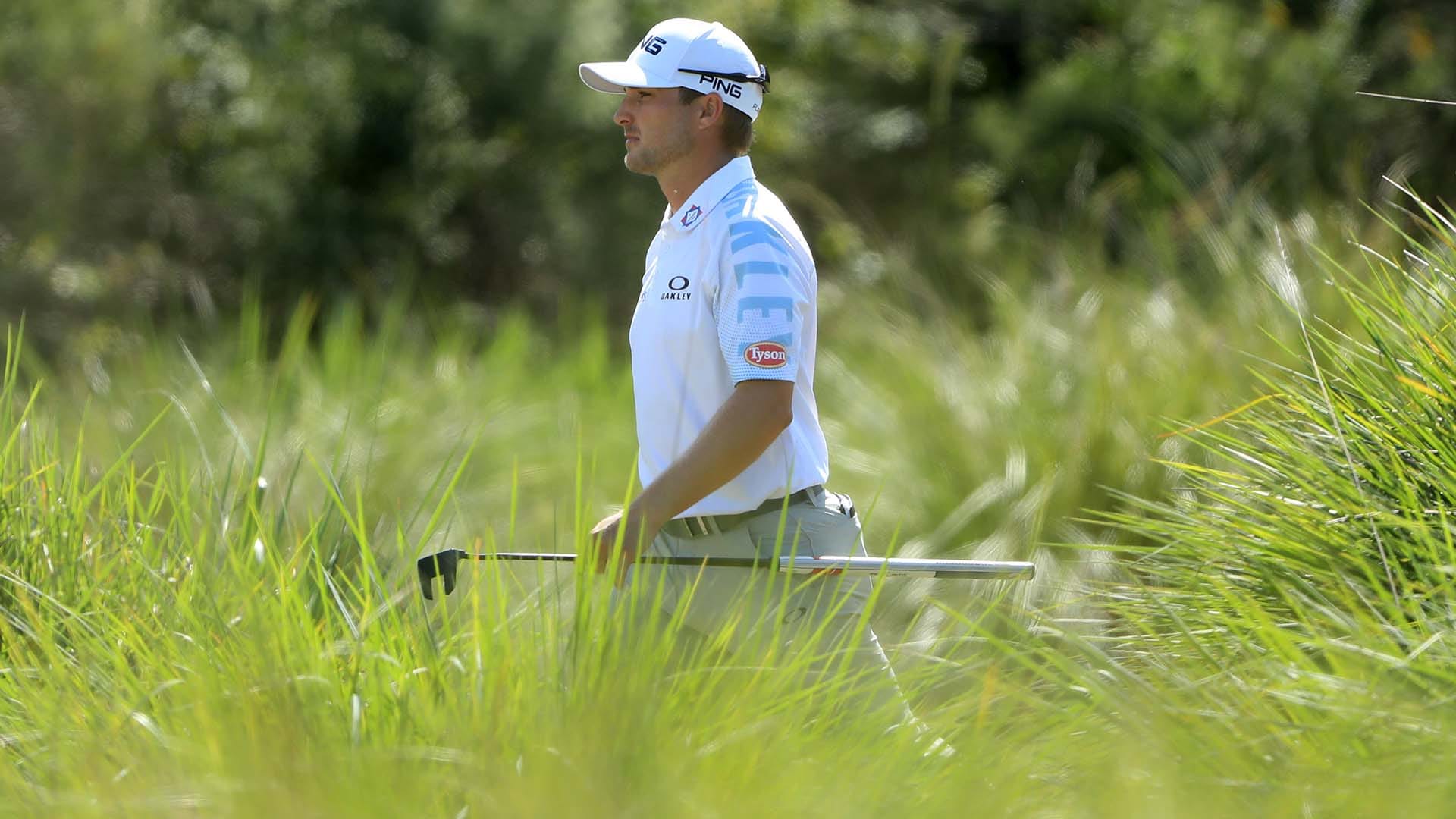 HUMBLE, Texas – It’s getting ready to really blow at the Houston Open.

A cold front is expected to move through Houston on Friday, bringing with it late-morning thunderstorms and blustery afternoon conditions. The forecast calls for 15-25 mph sustained winds on Friday afternoon, with gusts reaching 30 mph.

In other words, things could get interesting.

Austin Cook and Talor Gooch raced out to early co-leads after each shot 8-under 64 in favorable conditions on Thursday morning. Amateur Cole Hammer fired a 67, one of 11 players in the morning wave to eclipse 68 in Round 1. But when they tee off Friday, they’ll be greeted with much tougher conditions.

“The windier, the better for me,” said Gooch, unfazed. “That’s comfort.”

Still, those in Friday’s early wave should get the better of the draw despite getting some stiff winds late Thursday. Scores Thursday afternoon were significantly higher.

“It was windy, the wind was heavy and not that consistent, kind of all over the place, so choosing the right club was very difficult,” said Cameron Tringale, who had one of the better afternoon-wave scores, a 4-under 68.

“You never know what the weather is going to do. … If the forecast were to hold up then we’ll see.”

Another wrinkle: If the storms suspend play for a significant period of time, there’s a chance some of the late-afternoon groups will have their rounds leak into Saturday.

More wind is expected Saturday, though gusts may only reach 20 mph. But the tradeoff is players will be treated to ideal temperatures. After a humid day Thursday where it got in the low-90s, temperatures will stay in the 70s over the weekend.