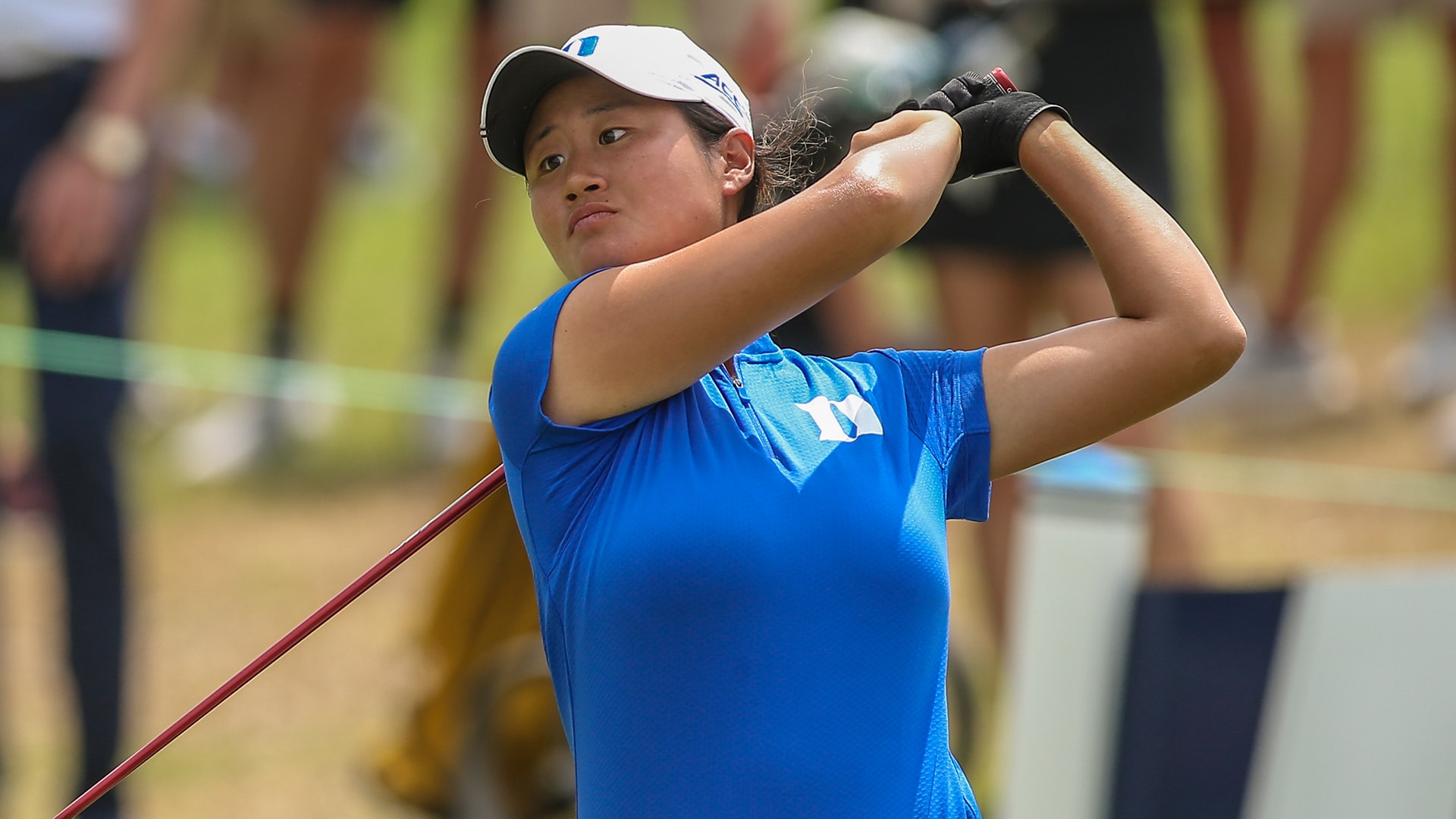 The best story after the first round of the U.S. Women’s Open didn’t come from a big-name LPGA player. It came from Gina Kim, Duke freshman, who helped her team to the NCAA Women’s Championship title just two weeks ago and now sits in a tie for second after the first round.

The 19-year-old shot an opening-round, 5-under 66, which matches the lowest round for an amateur in U.S. Women’s Open history.

As for the amount of adrenaline she’s got after helping her team to its seventh national title? “A lot.”

“I’ve been trying to calm myself down, just get myself together, get ready for this tournament,” Kim said. “But obviously, winning a national title with my team was amazing.”

Seven Blue Devils, past and present, are teeing it up in this week’s event. And after years of competitive golf, Kim said this was as locked in as she’s ever felt in a tournament. The random shouts of “Go Duke!” didn’t hurt, either.

Kim admits the pressure shots she hit at Blessings Golf Club have helped her more than she thought they would. More specifically, she recalled the fairway bunker shot she hit to three feet on No. 18, making a birdie, and sending her team to the championship match.

“I still have that video on my phone,” Kim said. “I actually watched it before I teed off today, just to remind myself that I was definitely ready to be able to do what I wanted to do.”

Her round included six birdies, three bogeys and an eagle. After starting her round on No. 10, she finished eagle-birdie, but she almost finished eagle-albatross when her 3-wood approach from 241 yards slid right over the hole.

“Being able to finish out strong like that really shows me that I'm ready to be here, and I'm definitely ready to do whatever I can to keep myself in it,” Kim said.

Coming straight off a national title and playing the U.S. Women’s Open at 19 years old, Kim said she wasn’t expecting much for her first round. Those small expectations, however, were shattered.

“I’ve just been blessed with this round. I wasn’t expecting much, to be honest. My goal was just to play, have some fun, you know, just stay happy out there,” Kim said. “But being able to come out like this, it’s definitely more than what I asked for, so I’m definitely grateful to the people who supported me.”

Kim tees off at 9:01 a.m. ET on Friday and sits one shot behind leader Mamiko Higa.

Other NCAA Championship stars making their mark on the U.S. Women’s Open are Maria Fassi and Jennifer Kupcho. 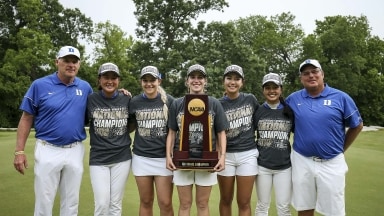 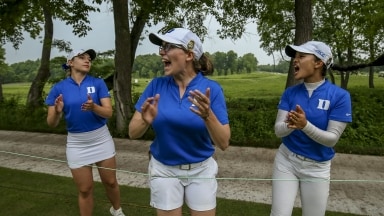 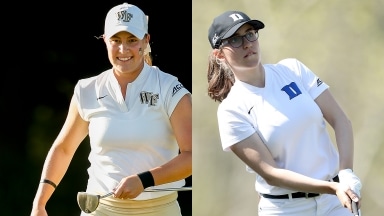