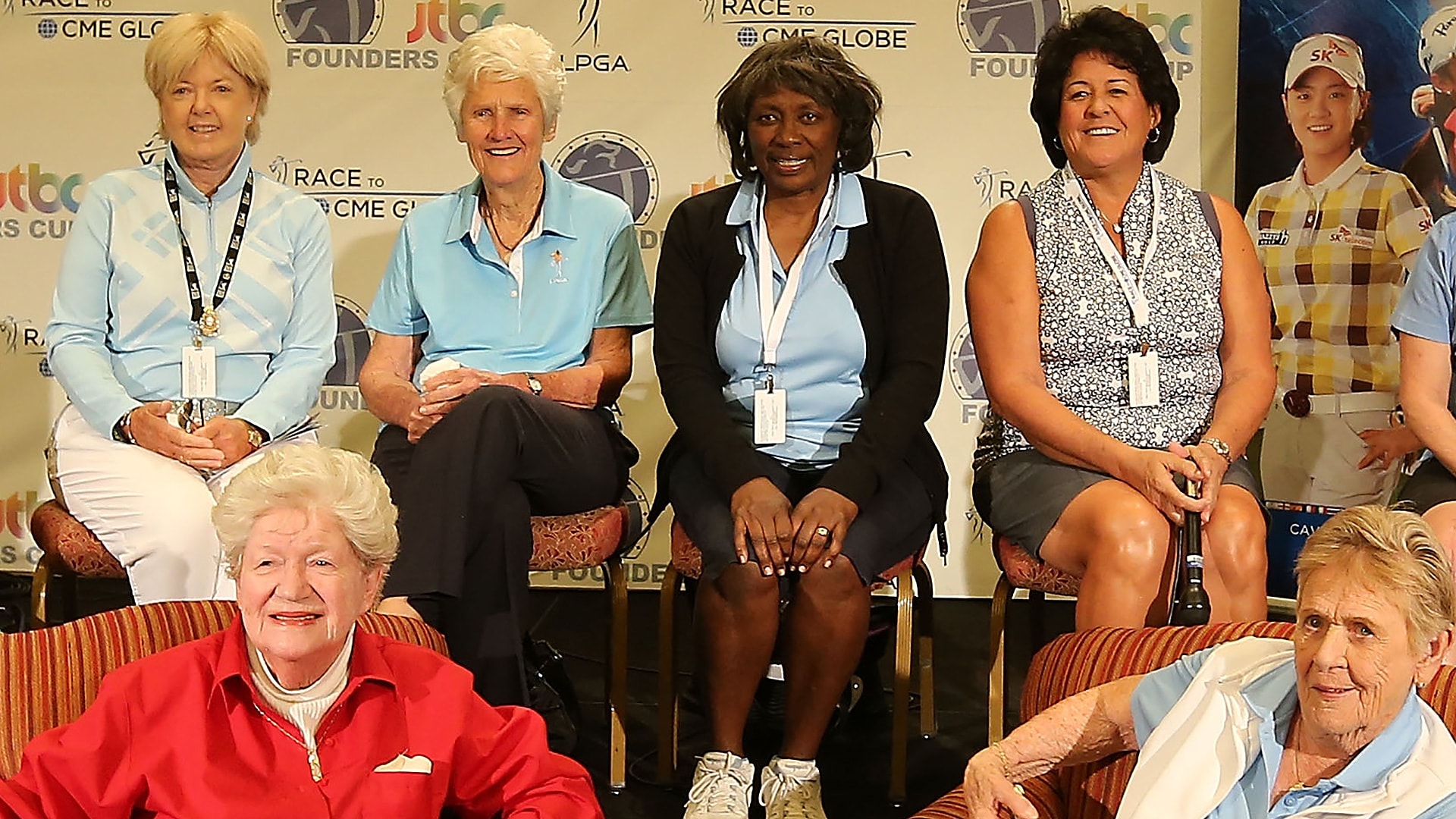 PHOENIX – They will step off the pages of the history books again this week at the JTBC Founders Cup.

Pioneers who built the LPGA are here beaming proudly over what their work has wrought.

Nobody will relish that more than Kathy Whitworth and Renee Powell.

They are this year’s tournament honorees.

The stories they have to tell reach beyond wins and losses and stretch to even greater triumphs of the spirit.

Whitworth, 74, and Powell, 67, share a common experience that speaks to the uncommon nature of the women who persevered through all the obstacles this tour faced.

Back in the late ‘60s, when Whitworth was well on her way to stardom as one of the game’s dominant forces, she joined with Powell, a fledgling pro, to beat back an opponent neither could stomach. Whitworth and Powell squared off together against racism back when the struggle for civil rights was still raging.

They won an important match against that foe in a hotel lobby in Idaho, a struggle whose memory comes back to Powell knowing she will see Whitworth again this week.

Powell joined the LPGA in 1967, becoming just the second black woman to play the tour. She followed Althea Gibson, the former tennis star who turned her interests to golf. While trying to check into a hotel for that week’s tournament in Idaho, Powell was told that her reservation couldn’t be found. She was told she would have to seek housing elsewhere. Of the 30 to 40 pros checking in, Powell’s was the only reservation that was misplaced.

“Either we all stay, or we all walk,” Whitworth told them.

Powell got her room. She remembers it as an example of what she relished most about the tour back then. She remembers how the struggle to build the LPGA bonded fierce competitors in ways that transcended sport.

“We really were like one, big family,” Powell said. “We traveled together, roomed together, had breakfast and dinner together, played practice rounds together. We were close. I remember Kathy Whitworth’s mom telling me when I joined the tour that if I ever had a problem, I should go to Kathy. I think she knew what the climate was going to be like for me.”

“We used to get our mail in the locker room, and I would get threats on my life in letters,” Powell said.

Powell said they were frightening words, warnings not to show up to play a particular tournament. She got phone calls, too.

“Nothing like that had ever happened to me before,” Powell said. “When I first started getting threats, I was like, wow, people have pretty good access to us on a course. They walk down fairways with us.  They know where I’m going to be, and those things really do play on your mind.”

Whitworth isn’t sure who was actually Powell’s great advocate that day in the hotel lobby in Idaho. As she remembers it, they were a united front.

“We were all pretty much that way,” Whitworth said. “We all stood by Renee. It was just the right thing to do.”

Powell grew up in East Canton, Ohio. Her father, Bill Powell, was the first black man to design, build and own a golf course. He started Clearview Golf Club, a facility that is on the National Registry of Historic Places. Bill died five years ago, but his family continues to run the facility. Renee is the head professional there today.

Renee’s father passed the game on to her. When she joined the tour after captaining the women’s golf team at Ohio State, she didn’t know what she was getting into. To this day, only four black women have ever played the LPGA as members. There are no fully exempt black members of the LPGA this season, but Cheyenne Woods will be playing the Founders Cup this week on a sponsor exemption.

“I can’t imagine going through the things Renee went through back then,” Whitworth said.

Traveling to LPGA events in the south was always particularly challenging for Powell.

“They were still lynching people there,” Powell said.

She remembers the feeling driving through Alabama, Mississippi and other regions where civil rights struggles were violent.

“We had to do some interesting things traveling through the south,” said Sandra Post, a fellow LPGA pro. “We used to hide Renee in the back seat of the car when we stopped to get gas.”

Post, a Canadian, first met Powell at the U.S. Girls’ Junior. Powell was the first black player to compete in that championship. They played a practice round and struck up a lifelong friendship. They roomed together on the road for three years. Mary Lou Crocker was another close friend to Powell who joined their traveling caravan of cars.

In restaurants, when they first started traveling together, Post would think it odd when she and Powell couldn’t get service. Post said she was naive, growing up in Ontario, almost oblivious as a young person to the racial strife simmering in the United States. She would leave a restaurant in those early days wondering why they got such lousy service.

“I think it’s because you’re Canadian,” Powell once cracked to her friend.

Post was the first Canadian to play the LPGA. She won eight LPGA titles, including a major, the ’68 LPGA Championship. Powell played for 14 seasons but never won.

“Who knows, without the challenges and distractions, what Renee could have done,” Post said. “I don’t think that was supposed to be her legacy anyway. Her purpose was being a great example. That's what she was. As an athlete and now a black businesswoman, her purpose is ongoing. She was always stepping up for people, and she's still doing that today.”

Powell heads to Phoenix this week remembering how her fellow pioneers consistently stepped up for her. 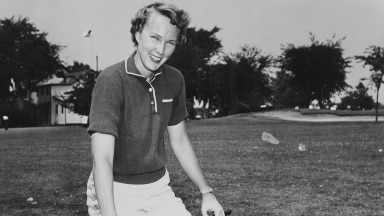