Success and failure more than wins and losses 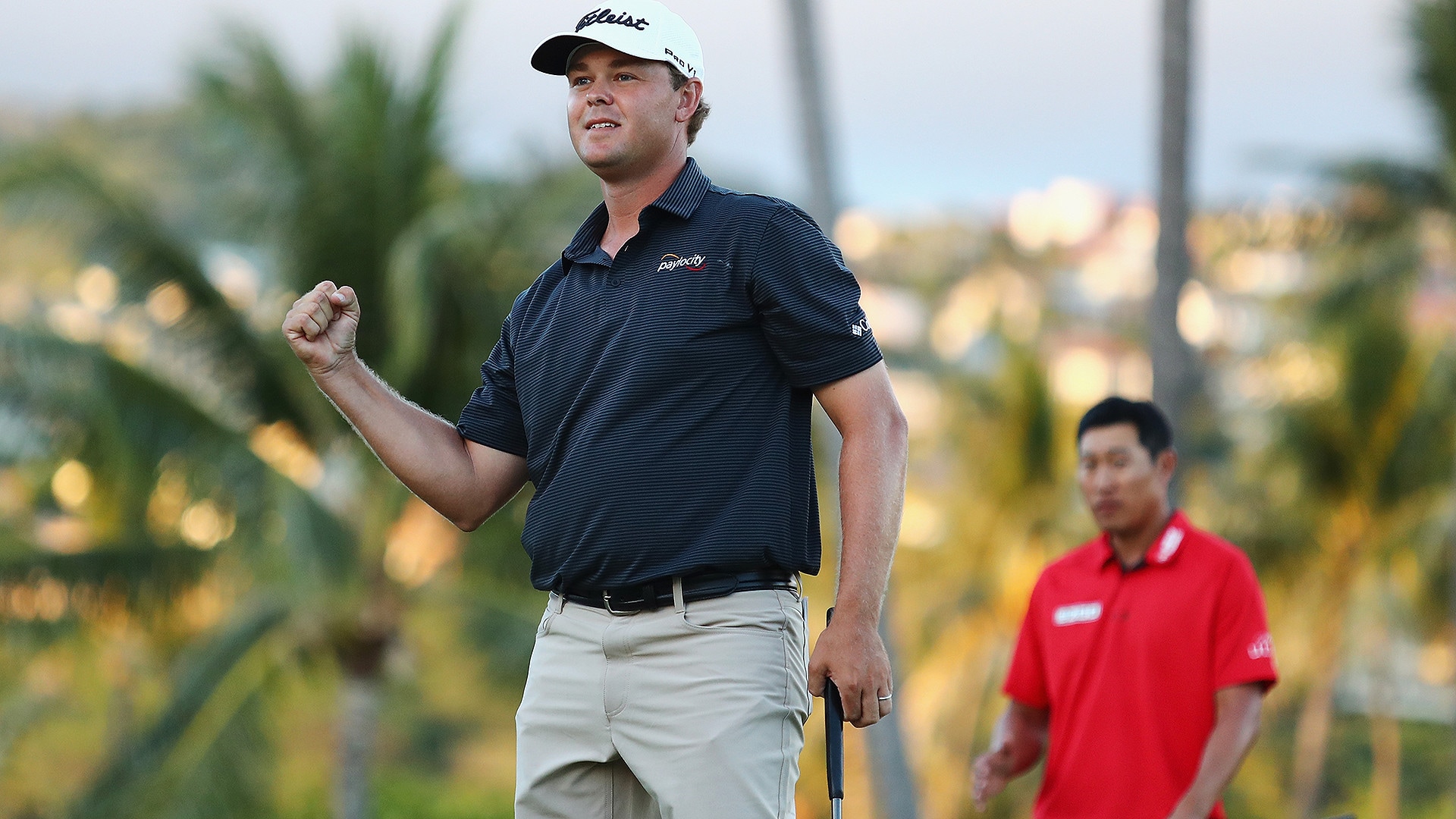 It was a vulnerable moment for James Hahn that was driven by emotion and unflinching self-examination.

Hahn had just dropped a tough decision to Patton Kizzire, losing on the sixth extra hole at January’s Sony Open, so the feelings were raw and his mind was still digesting the missed opportunity.

“I feel like losing sticks with me longer than winning,” he allowed.

Put another way, Hahn, a two-time winner on the PGA Tour, acknowledged that he hates losing more than he likes winning, which is all at once understanding for an elite athlete and curious coming from a professional golfer.

Tiger Woods has played 334 Tour events in his career and won 79 times. That’s a 24-percent winning clip, which would get you sent to the minor leagues in professional baseball but is the benchmark for greatness in golf.

Perhaps Jack Nicklaus is an even more apropos example, considering that the Golden Bear played 164 majors in his career and won 18, more than any other player. Even if you edit that scorecard to only count Nicklaus’ Grand Slam starts during his prime, let’s say through the 1986 season when he won his last major, that’s a .166 batting average.

“When it comes to golf it’s tough to have that mentality, because you lose a lot more than you win. Even Tiger in his hay day was losing a lot more than he was winning,” Wesley Bryan said. “I definitely hate losing, but there’s a caveat: I hate losing to my brother more than I like winning.”

In the case of Nicklaus, it’s not just those 18 majors that assures his spot as one of the greatest; it’s also his 19 runner-up finishes in Grand Slam starts that pads his resume. Although Nicklaus is often reluctant to revisit those near misses, and there are a few of those also-rans for which he’d passionately embrace a cosmic mulligan, there’s something to be said for simply having the opportunity.

“I hate losing, losing stinks, but at least if you put yourself there it’s better than if you didn’t put yourself there,” explained Billy Horschel, a four-time winner on Tour. “We lose a lot, we lose more than any other professional athlete. Do you get accustomed to losing? Yeah maybe, but you hate not having the chance to at least win.”

Horschel isn’t making excuses or giving himself psychological cover, he’s simply being realistic. Even the best seasons, like Justin Thomas’ five-victory outing in 2017 that included a major triumph (PGA Championship) and Tour Player of the Year honors, features what in any other sport would be considered a losing record (he played 25 events).

Even Woods, who for much of his career adhered to a strict “second sucks” mindset, has found some solace in moral victories following multiple injuries and medical setbacks in recent years.

“We’re all so competitive out here and when you’re going head-to-head like that you’re wanting to win so bad,” Harris English said. “Losing sucks, but with golf you lose a whole lot more than you win. You’ve got to be a pretty good loser.”

Success in golf is relative and requires a subtle scale to measure progress. For many, a top-10 finish is all the validation they need to push forward, while for others, like Horschel, progress is measured by winning opportunities.

The joy of victory and pain of defeat is evident each Sunday on Tour, the emotions often etched into a player’s face with equal clarity. But for many, simply making or missing the cut can produce just as much emotion.

“If you miss a cut you don’t have a chance to win, that’s the worst feeling in the world,” Horschel said. “I could lose in a playoff, like to Jason Day [at the 2017 AT&T Byron Nelson, which Horschel won], that would’ve sucked, but I don’t think it would have sucked as much as me missing the cut. I hate not having a chance.”

The fine line between victory and defeat can also be defined on a much more personal level for some. In other sports, you are what your record says you are, but in golf you can be what the opportunity provided. Although it’s a fine line with infinite shades of success and failure, there is a notion in golf that sometimes you lose an event and sometimes you’re beaten.

It was a distinction that Hahn at the Sony Open had little interest in, but with time can allow a player to make an à la carte assessment that’s emotionally detached from what the box score may say.

Hahn’s point is no less valid, even the game’s greatest contend you learn more from defeat than you do victory, and it’s competitive nature to, as he explained, hate losing more than you like winning. But in professional golf defining what’s a win and what’s a loss, is very much a sliding scale.