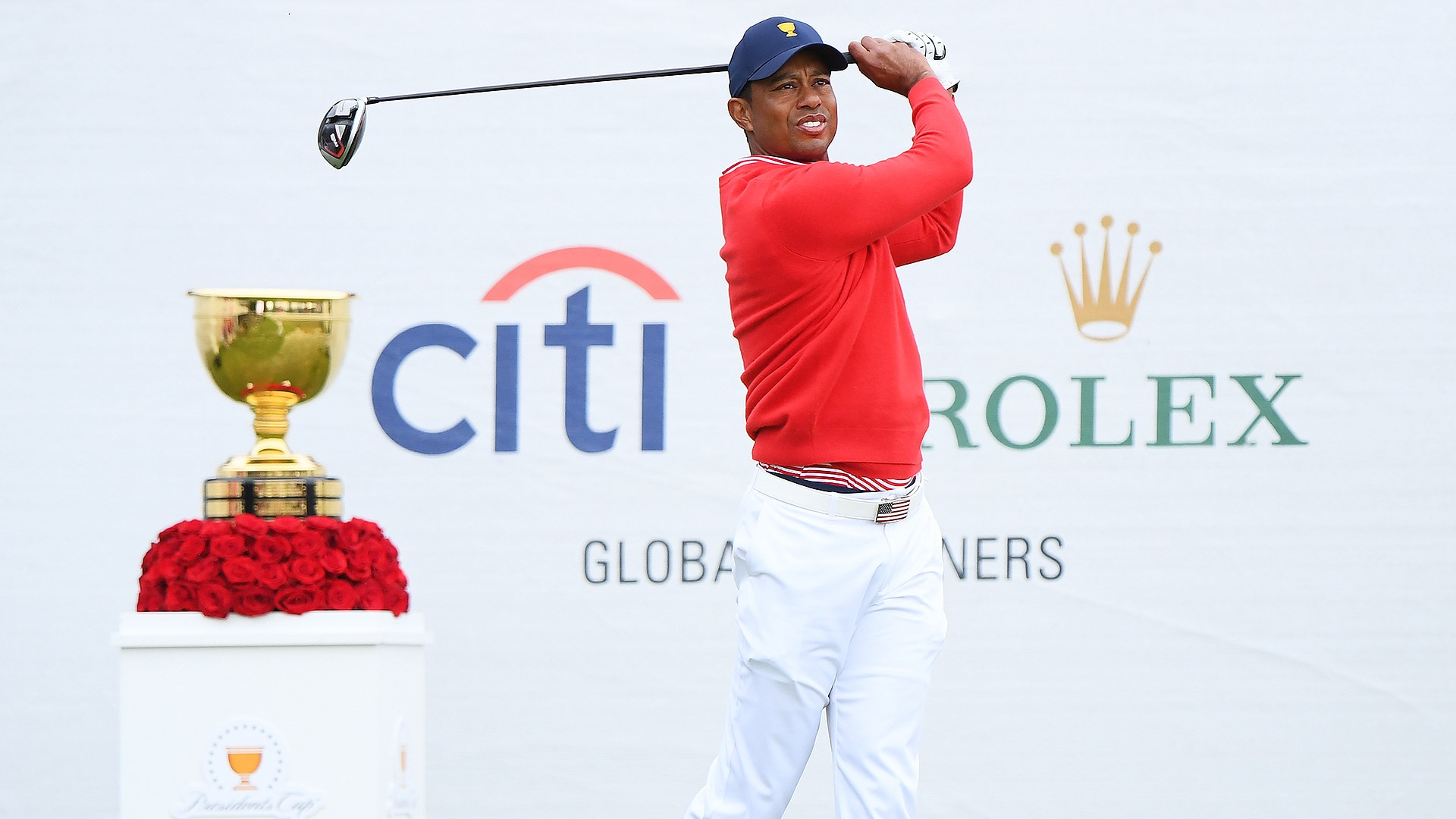 MELBOURNE, Australia – The Internationals lead, 10-8, over the United States after three days at the Presidents Cup. The final day of competition features 12 singles matches.

The first team to reach 15 1/2 points will win the 13th edition of the biennial matches. If the event finishes in a 15-15 tie, the overall competition is deemed a tie (unlike the Ryder Cup, in which the defending champion would retain the cup).

Here's a look at the Sunday singles matches and how Rex Hoggard and Jay Coffin see them playing out. You can watch the action live on Golf Channel, beginning at 6 p.m. ET.

HOGGARD: This is what Ancer wanted and he will make a match out of it, but after a crucial day of rest the playing captain proves to be too much and puts the first American point on the board.

COFFIN: Ancer said a month ago at the Mayakoba Classic that, “I would like to play against Tiger.” He gets his wish but this won’t be close. Captain Woods goes out first and sets the tone early. 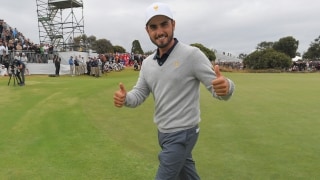 Ancer gets wish to play Tiger in Prez Cup singles

At last month's Mayakoba Classic, Presidents Cup rookie Abraham Ancer said he would like to play against Tiger Woods in singles play. Sunday he will get his wish at Royal Melbourne.

HOGGARD: Matsuyama has never had his moment in this event but that changes this year with a commanding singles victory.

COFFIN: A close match that will come down to the final couple holes with Matsuyama winning.

HOGGARD: Although he’s become a colossal distraction and will be playing with a replacement caddie (his swing coach), Reed finally does Reed things and earns his only point of the week.

COFFIN: Reed is mad and the caddie debacle isn’t going to bother him one bit. He’ll win and claim his only point of the week.

HOGGARD: Neither player has done much this week and DJ’s putting woes continue, but he plays just well enough to earn a half-point in a tie.

COFFIN: Another mismatch for the Internationals. There’s a reason why Li only played one match this week. DJ cruises.

HOGGARD: This also has the potential to be a pillow fight with Hadwin battling illness and DeChambeau struggling, but the Canadian rallies for the victory.

COFFIN: Hadwin had food poisoning on Saturday and DeChambeau has only played one match in the first four session. This will be a halve because it’s what it deserves.

HOGGARD: Woodland finally got on the board late Saturday and his confidence is well-founded on his way to victory over one of the International team’s best players this week.

COFFIN: On paper it seems like Woodland, but this will be an Im victory. He’s played beautifully this week and clearly has figured out the greens.

HOGGARD: Both of these players have had stellar weeks regardless of their records, but Cantlay holes some crucial putts late (sound familiar?) to swing the momentum in the U.S. team’s favor.

COFFIN: Cantlay has played well this week even if his record doesn’t necessarily indicate that. He’s just too good to lose this match.

HOGGARD: Scott has waited two decades to have a week like this and he finishes in style with an easy victory to ignite the Australian crowd.

COFFIN: Scott has been on losing Presidents Cup teams for too long. This one is within reach and he knows his match is important. He won’t disappoint.

HOGGARD: Simpson’s had a tough week having been paired with Reed for the team sessions and Sunday doesn’t get any better against An, who has been solid for the Internationals. The victory moves the Internationals to within one point of clinching the cup.

COFFIN: An has quietly played well and Simpson paired with Reed to go winless in three team matches. An will win fairly decisively.

HOGGARD: Thomas has been a machine for Woods and Co. and he rebounds from Saturday’s foursome snafu with an easy victory.

COFFIN: Thomas is so miffed that he and Fowler let their match slip late on Saturday. That’s bad news for Smith.

HOGGARD: Oosthuizen, like Scott, has been waiting for this moment his entire career and it only gets better with the South African clinching the cup for the Internationals.

COFFIN: Oosthuizen wants to win one of these so badly and Kuchar is a match-play machine. Will be interesting to see the overall score at this point. Good enough to end in a tie.

HOGGARD: A tough match for both players ends in a tie with the outcome already decided, which seems about right.

COFFIN: If the cup is on the line at this point the Internationals are in trouble. Leishman has played poorly all week (perhaps wanting to please the Aussie crowd too much?) and Fowler will be a handful and cruise to victory.