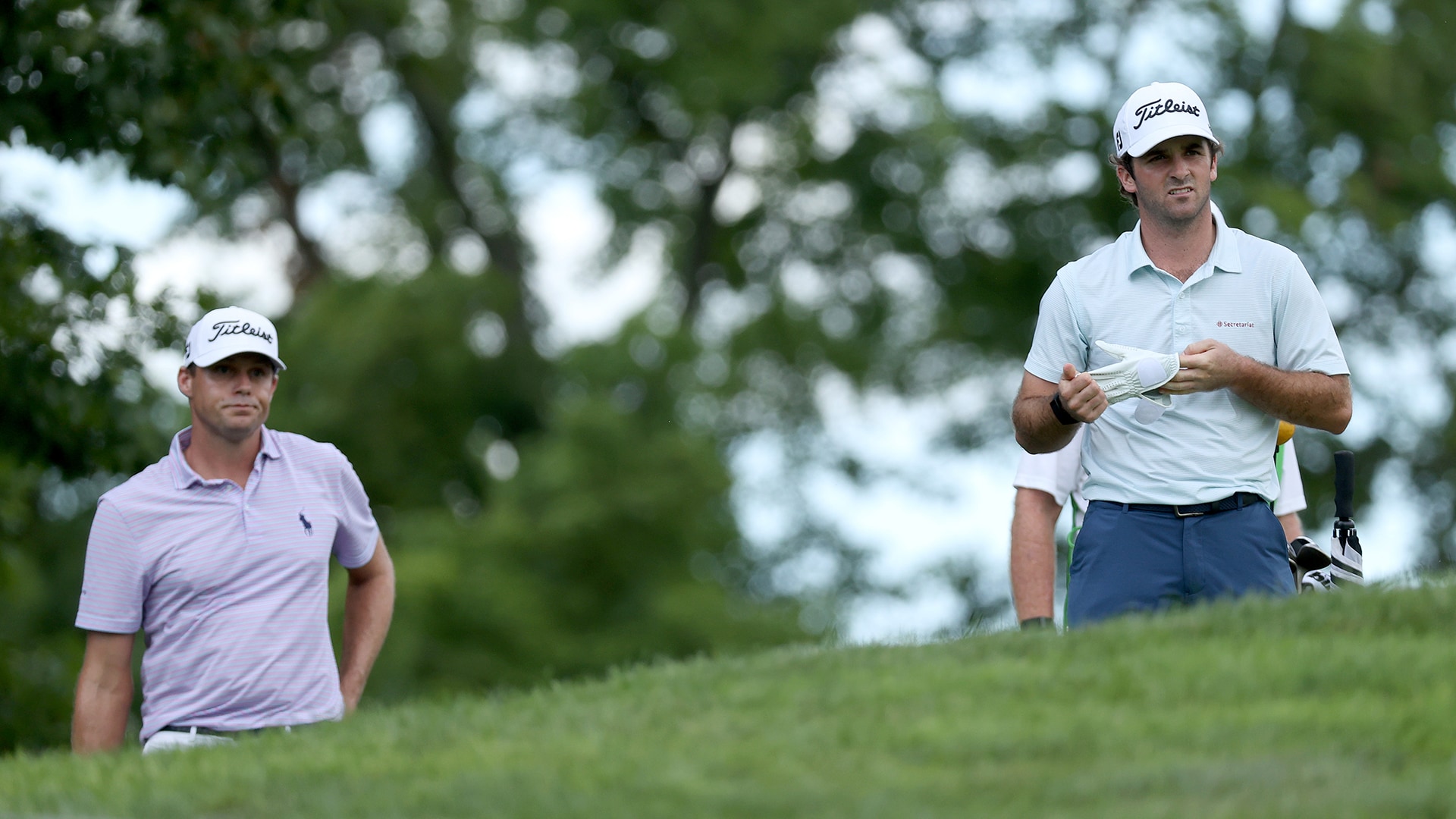 Denny McCarthy, the PGA Tour’s lonesome pro, made the best of his circumstances Saturday at the 3M Open.

So did Harris English and Nick Watney, who are bound to McCarthy as reluctant fellow members of a club nobody wants to be a part of, players who have tested positive for COVID-19.

They all played themselves into contention Saturday at TPC Twin Cities in suburban Minneapolis.

McCarthy, playing solo while under COVID-19 restrictions, put up a 7-under 64 to move into a tie for sixth with English, Watney and a batch of other players. A month after testing positive for the virus, he finally returned a negative test last weekend, but he still falls under the restrictions.

McCarthy acknowledged how strange he felt making a run up the leaderboard while playing solo.

“Pretty weird situation,” he said. “We joked about it when this whole thing started a couple weeks ago. It’s not that funny, but [we] joked about possibly having the lead going into Sunday playing as a single.”

McCarthy wasn’t sure if he would be playing alone again this Sunday, or if he would be paired with English, who is also still limited to playing with other pros who are “timed out” and under restrictions.

“Either way, I'll be mentally prepared,” said McCarthy, 27, who is seeking his first PGA Tour title. “I'll be prepared to go out and have a good day tomorrow.”

A couple of hours later, the Tour officially paired McCarthy and English together in the fourth-to-last twosome of the final round. They'll go off at 1:25 p.m. ET.

English birdied the last four holes to post 67. He played Saturday alongside fellow COVID-19 club member Dylan Frittelli, who made a run into contention before stumbling with a closing bogey and triple bogey.

English, 30, is a two-time PGA Tour winner, seven years removed from his last title. He left scoring Saturday hopeful over the prospect of being paired with McCarthy.

“It’s a good brotherhood we've had the past couple weeks,” English said. “It's been fun hanging out with guys. We’ve made the most of it. … Weird times right now and we're kind of in a weird situation, but we've done the best we could.” 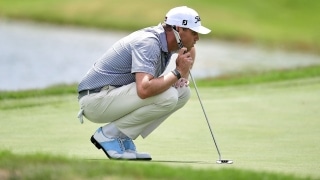 English, however, is eager to be cleared to play with his other Tour brethren and to be free to roam as he pleases without restrictions.

“I think they're meeting again on Monday to discuss about all the positive guys,” English said. “I guess we're close to testing negative, but you just don't really know. Hopefully, they'll change a rule to where we can feel normal out here and go in the clubhouse and see the physio, see the trainer and then feel like we're part of the group again.”

Watney shot 68 Saturday to get into that T-6 tie. He was the first PGA Tour player to test positive for COVID-19, a distinction he hasn’t relished.

“I haven't really found the proper way to describe being the first guy,” Watney said after Thursday’s first round. “I felt like I was being cautious and careful and to end up with it was surprising. And then the isolation, the quarantine, was kind of like groundhog day, just inside, a lot of pacing around and such.

“We’re in a pandemic, and I'm glad to be on the other side.”