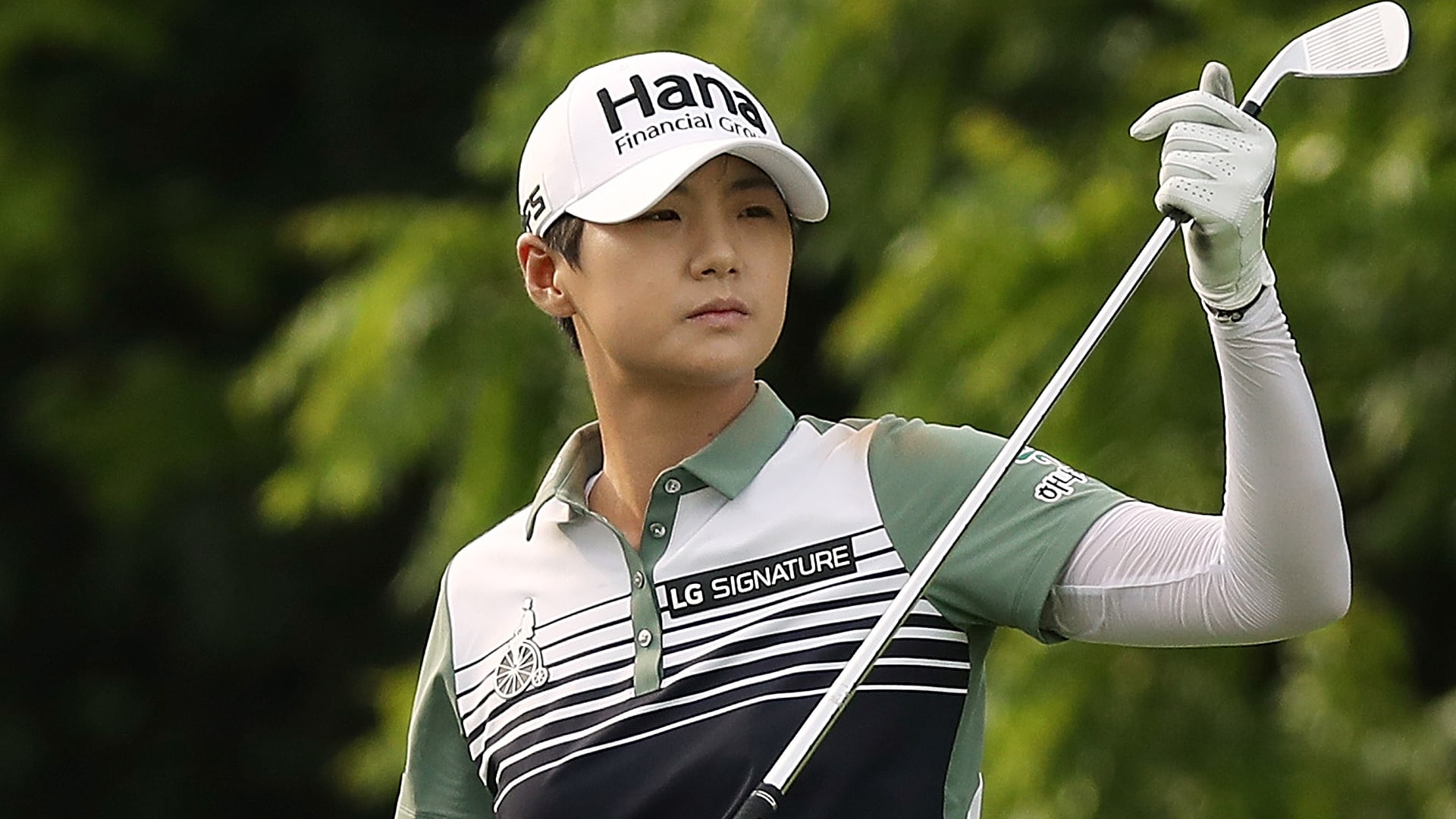 Winning a second major sure would be a good way to prove it, and to that end, the 24-year-old South Korean player is off to a good start.

Park shot a bogey-free 6-under 66 on Thursday to take the first-round lead in the KPMG Women's PGA Championship. The 2017 U.S. Women's Open Champion birdied three of the four par-5 holes at Kemper Lakes in the third of the LPGA's five majors.

Canada's Brooke Henderson, the 2016 KPMG winner and runner-up last year, was a stroke back with Jessica Korda, Jaye Marie Green and Brittany Altomore.

The 24-year-old Park won the weather-shortened LPGA Texas Classic in May, but followed that with three missed cuts and a tie for 61st last week in Arkansas. After a switch in putters, she believes she is rounding back into form.

The long-hitting Park birdied the par-5 15th to reach 5 under and parred the tough final three holes, finishing with a short putt on 18.

''I felt like something little was missing, especially my putting,'' Park said through an interpreter. ''But this week, I (feel) comfortable.''

The course favors long hitters not only because of the distances by the soft conditions. The leaderboard reflected that.

''I feel like that was really beneficial,'' Henderson said. ''None of the par-5s I can really get to in two, but there's some long par-4s out here. And having a few shorter clubs than my competitors I feel like is a big advantage, and I can take some bunkers out of play, too, which makes the fairway a lot wider, which is a good thing.''

Korda was also glad to be playing on a course like that.

She has five tour victories and her sights set on becoming the second member of her family to capture a major championship. Her father, Petr Korda, won tennis' Australian Open in 1998.

After tying for fourth at the ANA Inspiration this year, Korda missed the cut at the U.S. Women's Open. But she's off to a good start in this one.

''Oh, It was great,'' said Korda, the winner in Thailand in February in her return from reconstructive jaw surgery. ''Finally, a golf course that benefits the long-hitters. The last couple weeks it's definitely been a lot of 3-woods or even 4-irons off the tees, so this is really, really nice.''

Korda birdied three of the first six holes and ended her round on a rather strong note. She birdied Nos. 14 and 15 before making pars on the final three holes.

Green closed with a birdie on No. 9.

The winner last year at Olympia Fields, Kang fought through a stomachache after she couldn't resist the chocolate chip waffles at breakfast. She knew that was a bad idea no matter how good they looked, and it didn't take long for her to start paying for it.

Kang was already starting to feel sick before she teed off. It bothered her throughout the round, and she even threw up after the ninth hole.

''Just that constant contraction, your stomach contracting,'' said Kang, who was planning to have oatmeal and cereal for breakfast Friday. ''When I'm putting and if I contract too much, I smashed one on 10. I go, 'Oops.'''

She felt it in a double bogey on the par-4 16th. The 419-yarder is a nightmare, with water running the entire right side of the fairway before forming a pond in front of the green. There are also two fairway bunkers on the left as well as a deep one by the green. Kang's stomach was acting up as she sent her third shot sailing over the green, just missing the water.

''I was feeling it over it, and then I just tried to hit through it and hit it way too hard,'' she said.