S.H. Park back to world No. 1 after Arkansas victory 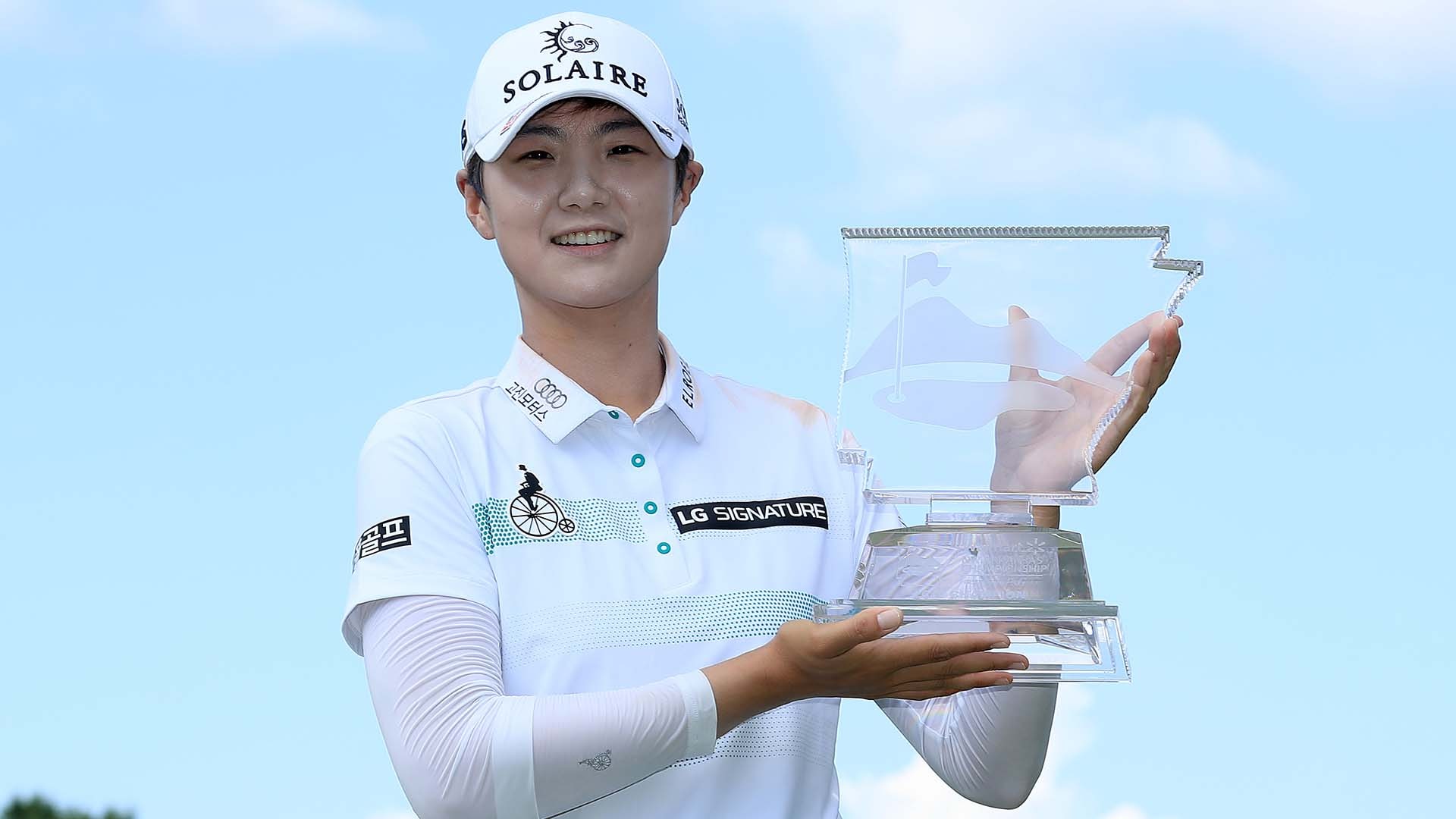 Sung Hyun Park is projected to move back to Rolex world No. 1 with her victory Sunday at the Walmart NW Arkansas Championship.

Park’s two-putt birdie from 50 feet at the final hole broke a four-way tie to give the South Korean her seventh LPGA title, her second this season.

Park, 25, will ascend back to world No. 1 for the fourth time in her career. She will move up one spot, overtaking Jin Young Ko, whose run at the top spot will end after 12 weeks. Park held the top spot for one week late in 2017, for 10 consecutive weeks in the second half of last year and for five weeks this past spring.