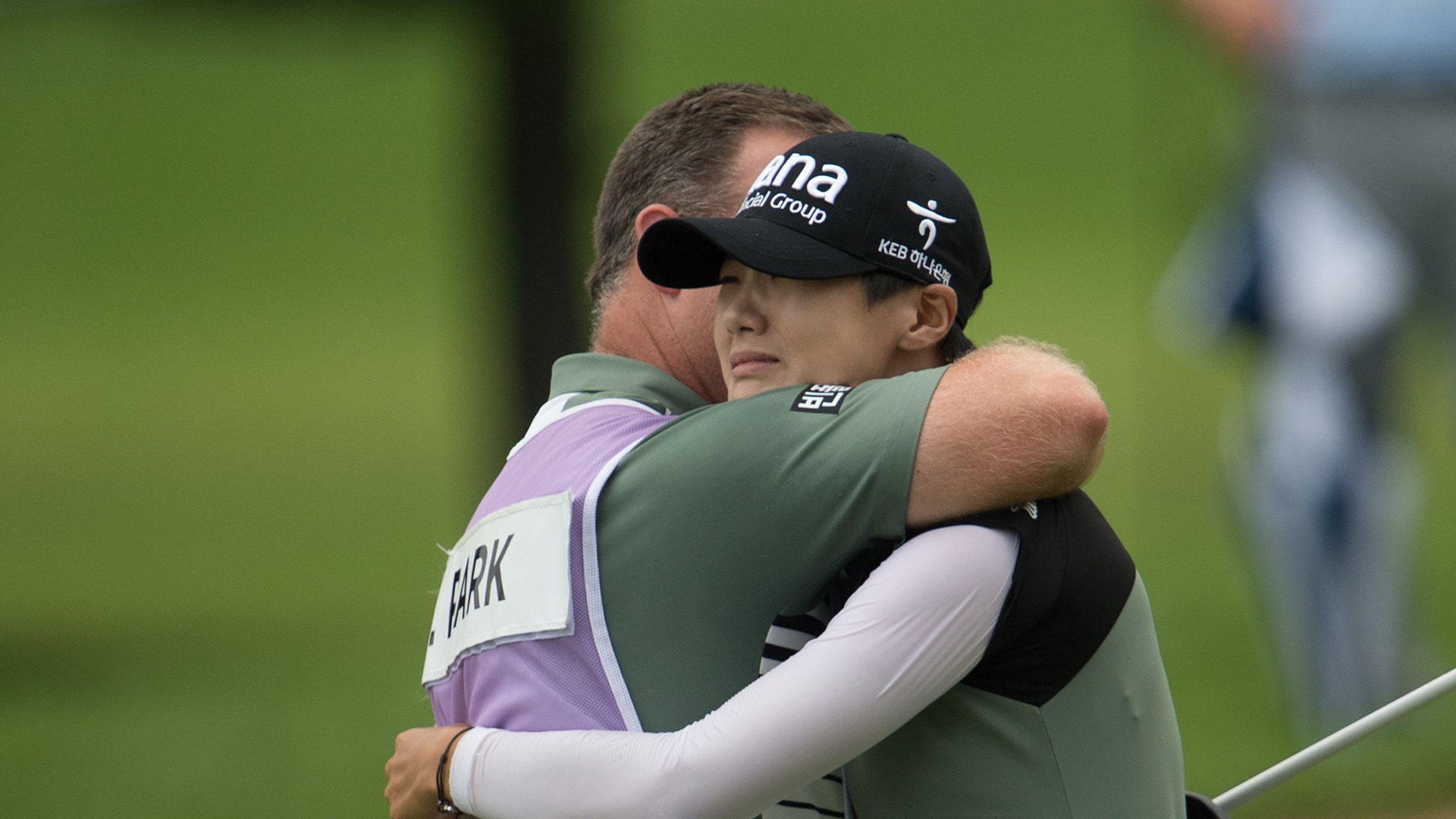 It was a glorious unveiling.

The tough veneer that makes her look as if she would be comfortable disarming ticking bombs, racing into burning buildings or talking suicidal folks off ledges melted away after her last 8-foot birdie putt dropped Sunday to win the KPMG Women’s PGA Championship at Kemper Lakes Golf Club.

She was so overwhelmed, she cried.

It’s the first time she could remember tears of joy soaking any of her victories.

“Actually, this is my first time feeling this kind of emotion, being this emotional,” Park said. “I was really happy. I couldn’t help that.”

Park showed us all she isn’t some golf machine.

Beneath that unrelenting, steely stare, there’s a 24-year-old woman who struggles with all the pressures that come with being one of South Korea’s superstars.

The victory was sweet release from those pressures.

“It’s been a really tough year for me,” Park said. “I think all the work I've done has paid off today. That's what really made me cry.”

She also ascended to No. 1 last year.

Not a bad debut.

But that seemed like ancient history late this spring and early this summer, when she missed four cuts. Yeah, there was a victory wedged amid all of those at the Volunteers of America Texas Classic in May, but the relief didn’t last with three of those missed cuts following her victory.

“I don’t think the confidence is was where it was, where it can be,” said David Jones, her caddie.

It didn’t help that Park missed the cut in her title defense at the U.S. Women’s Open last month and squandered a chance to win the ANA Inspiration back in April, after taking a share of the 36-hole lead there.

“A lot of pressure builds up,” Jones said. “That’s just what happens when you’re that good, and you’re Korean.

“The intensity and pressure from media and everything else, because you win the U.S. Open, it’s kind of expected that you should win again. When you’ve had four missed cuts in the last six tournaments, all of a sudden it starts to snip away at you. That’s what it was.”

So with Park battling fellow South Korean So Yeon Ryu and Japan’s Nasa Hataoka in Sunday’s sudden-death playoff at Kemper Lakes, we saw emotion we haven’t seen before from Park.

Park liked the release that came with those.

“I think if I play better in the future, you’ll see a lot of fist [pumps],” she said.

Kemper Lakes offered a brutish test. The searing heat, reaching into the 90s, with a heat index nearing 110 degrees on Saturday, added to the exhaustive nature of the test, the sense of relief winning.

And the pressure never let up Sunday playing the final round with Ryu and Brooke Henderson, both major championship winners.

Park showed she had all the shots on Sunday, including those required to erase the few mistakes she made. She didn’t make a bogey over her final 30 holes.

She erased her biggest mistake of the week at the 16th in regulation, after her approach came up short and kicked back into the edge of the hazard there, ending up half submerged in deep grass.

After Jones waded into the water to scrutinize the lie, he handed her a 58-degree wedge. She blasted out as if it were a bunker shot, watching her ball nestle a couple feet from the hole to help her save par.

Park was two shots down with two to go but watched Ryu hit into the water at the 17th to make double bogey, opening the door for her and Hataoka in a playoff.

Ultimately, Park won when they returned to the 16th for the second hole of the sudden-death playoff, making that 8-footer for birdie at Ryu missed a 15-foot chance.