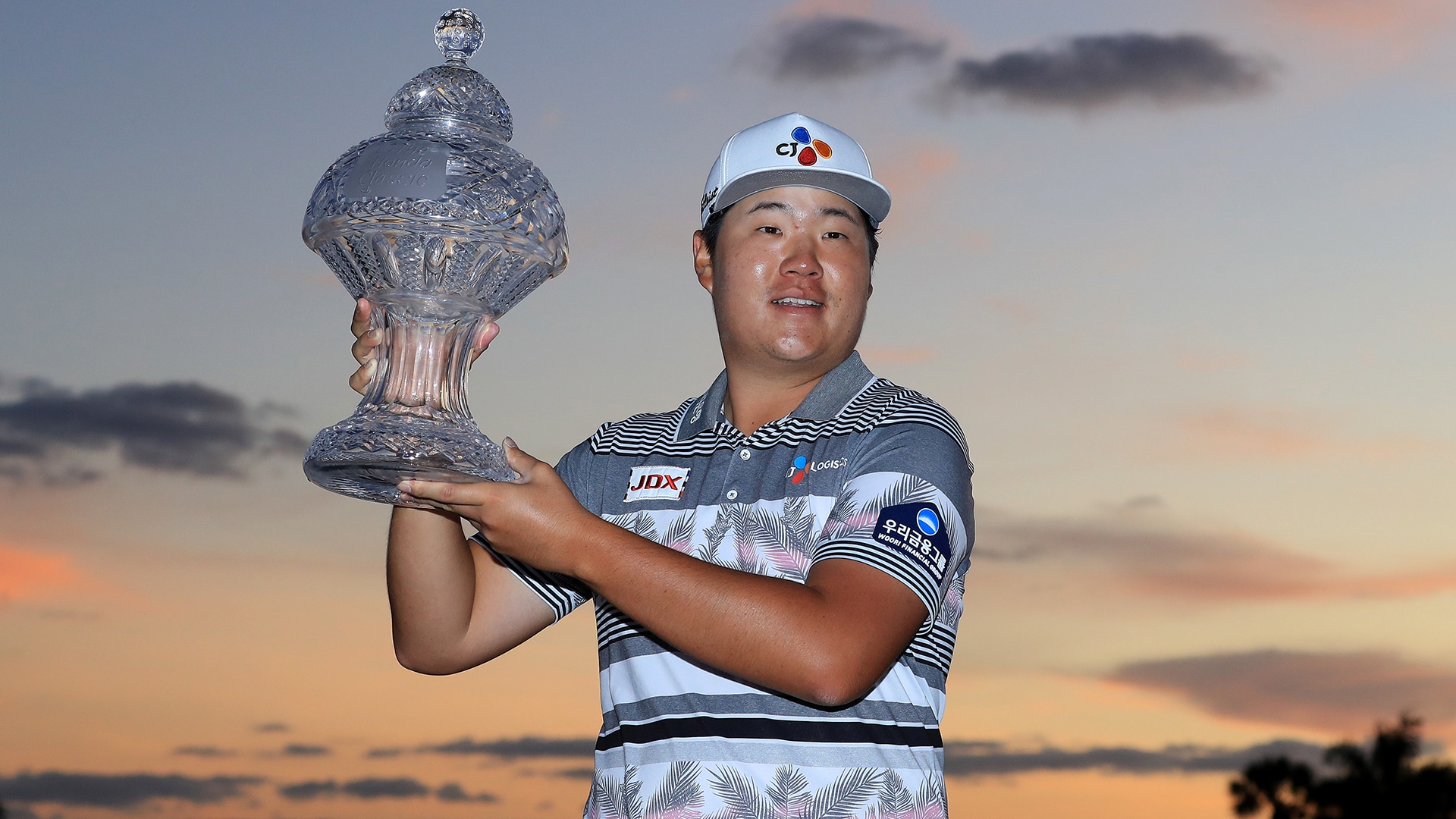 With a final-round 66 and two late birdies, Sungjae Im won his first PGA Tour title Sunday, edging Mackenzie Hughes and Tommy Fleetwood down the stretch at the Honda Classic. Here’s how Im got the best of the Bear Trap:

What it means: This is Im’s first PGA Tour victory in his 50th career start. The reigning Rookie of the Year has quickly asserted himself as the game’s ironman, traveling each week from tournament to tournament and living out of hotel rooms without a home base in the United States. In an era when the game’s best pick and choose when and where they’ll play, the soon-to-be 22-year-old, who made 35 starts last season and has played 13 out of 18 weeks this season, has found a way to beat burnout; and Sunday, he found a way to beat both the field and the Bear Trap.

How it happened: Three back to start day, Im charged out of the gates with birdies on four of his first five holes. The middle of his round included three bogeys and a birdie, and Im entered the vaunted Bear Trap, Nos. 15-17 at PGA National, one off the lead. He vaulted his way to 6 under par and the clubhouse lead when he hit laser irons to exactly 7 feet, 10 inches at both the par-3 15th and par-3 17th; on both occasions, he made the putt for birdie. An up-and-down for par from the front bunker at 18 would end up proving the difference and giving him the one-shot edge over his playing partner, Hughes, and the 54-hole leader playing in the final group, Fleetwood.

Biggest disappointment: Fleetwood’s wait for his first PGA Tour victory and first win inside the United States will press on. After getting off to a promising start with birdies on his first two holes, the 12th-ranked player in the world dropped shots at Nos. 6, 8 and 13 to lose his lead. He looked ready to mount a late charge when he made his first birdie in 15 holes with a birdie at 17, putting him one back of Im with one to play.

But from 235 yards, Fleetwood’s second shot at the par-5 finishing hole drifted farther and farther right until it finally found the water. He went on to make bogey, card 1-over 71 and tie for third at 4 under par.

Rounds of the day: Im, Hughes, Brice Garnett and Wyndham Clark all tied for the round of the day at 4 under par. Hughes, who has missed 9 of 11 cuts this season, was in position to potentially steal his second PGA Tour victory after a 53-foot birdie make at 17.

But a hooked fairway wood into the grandstands at 18 left to to scramble and settle for par.

Shots of the day: Im’s tee shots over the water at 15: